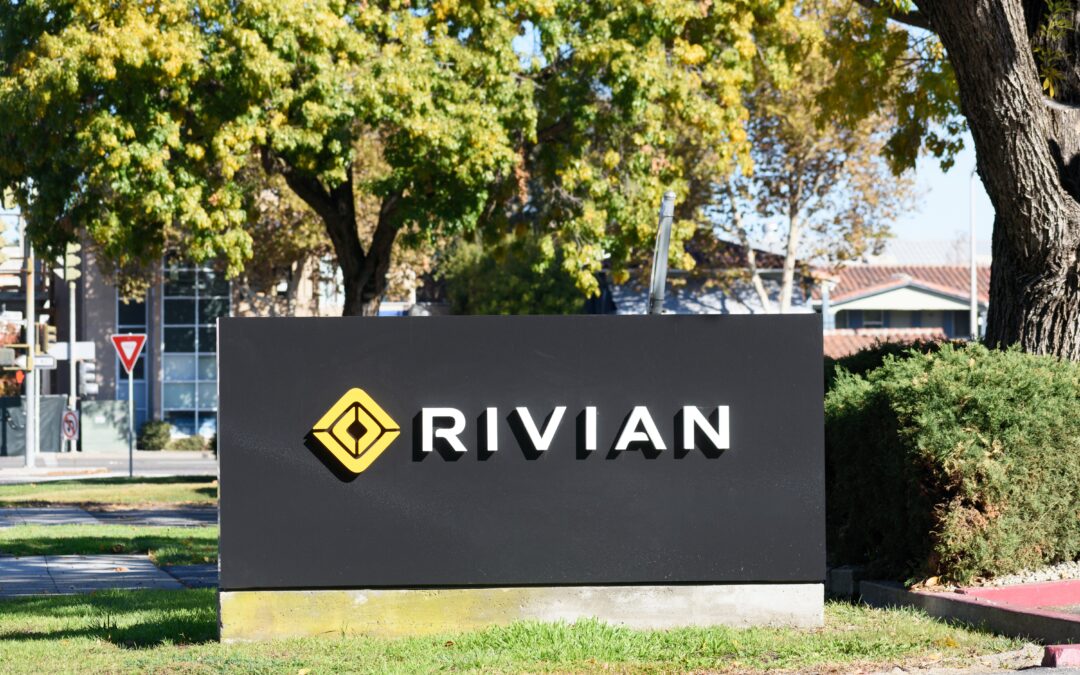 In one of the weirdest twists in the Electric Vehicle wars, Amazon, one of the biggest backers of Rivian, just agreed to buy vans from Rivian’s competitor!

Ain’t no such thing as loyalty in business.

Ask anybody who’s ever owned a business, and they’ll tell you that loyalty means nothing when it comes to making money.

I’ve owned a few businesses in my time and learned this lesson the hard way.

In fact, a lack of loyalty is one of the biggest reasons I closed one of my previous businesses.

People will tell you one thing and then do the complete opposite without warning or often even an apology.

This isn’t me having a pity party or going all sour grapes. It’s just facts.

It’s hard trying to operate with integrity, honor, and ethics when the rest of the people around you aren’t acting the same way. It leaves you with one of two options: either change the way you operate…or get out of the business.

I chose the latter.

Rivian Gets Stabbed In The Back

However, the lessons I learned allow me to be empathetic to others that have found themselves in the same predicament.

That means I know how the management of Rivian Automotive (RIVN), a new EV maker, must feel right now. It was just revealed that Amazon, a 20% stakeholder in the company, has decided to buy a fleet of vans from Rivian’s competitor, Stellantis NV.

Talk about a proverbial knife to the back.

Rivian woke up to the news on Wednesday that Jeff Bezos and company have decided to get their EVs from another supplier, even though it was agreed upon that Rivian would be supplying the retail giant with its vans.

Of course, Stellantis put out a statement as soon as they could, telling the world that the vehicles of this first order will arrive next year.

CEO Carlos Tavares didn’t reveal how many EVs were a part of the deal, but he did say that the order was a “significant number” –though that’s a very relative term.

Regardless of how many vans are involved, this order has hurt Rivian, a company that has been viewed as a front-runner in the new corps of EV startups that have popped up in the wake of Tesla’s (TSLA) monumental success.

That front-runner status was heavily influenced by the backing of Amazon and the $1.65 trillion at their disposal.

Back in 2019, Bezos and company ordered 100,000 vans from Rivian, and Amazon is waiting for the first 10K EVs by the end of 2022…but another rooster in the hen house isn’t making Rivian look good.

The company went into full spin mode on Wednesday, saying that its deal with Amazon remains “intact, thriving and growing,” and even called the Stellantis deal “beneficial for the industry.”

But it wasn’t enough. The damage had been done.

Investors Are Paying The Price

And even though Amazon echoed those same sentiments by saying, “We continue to be excited about our relationship with Rivian, and this doesn’t change anything about our investment, collaboration, or order size and timing,” Rivian’s stock still tanked on the news.

Which, if you’ve been following the stock since its debut in early November, isn’t good, as the company has really only lost value since then.

At one point, the company hit a $100 billion valuation, but right now they’re sitting at about $69 billion and sliding. That’s $31 billion in value that has been erased.

Can Rivian recover from this?

That remains to be seen…

But I’ve got to tell you, it’s definitely NOT a good look.

If you want a snapshot of how bleak the outlook is for Rivian, look no further than the Green Zone Fortunes rating on the company.

It doesn’t really get any lower than this:

Of course, I do love an underdog.

So, while things aren’t looking too good for Rivian at the moment, I’m hoping they can pull themselves out of the hole they’re in and become a true comeback story.

Hopefully, this is a lesson from which this company can learn and grow.

There are no “friends” in business…even when they’re a “partner.”

“A business that makes nothing but money is a poor business.” – Henry Ford