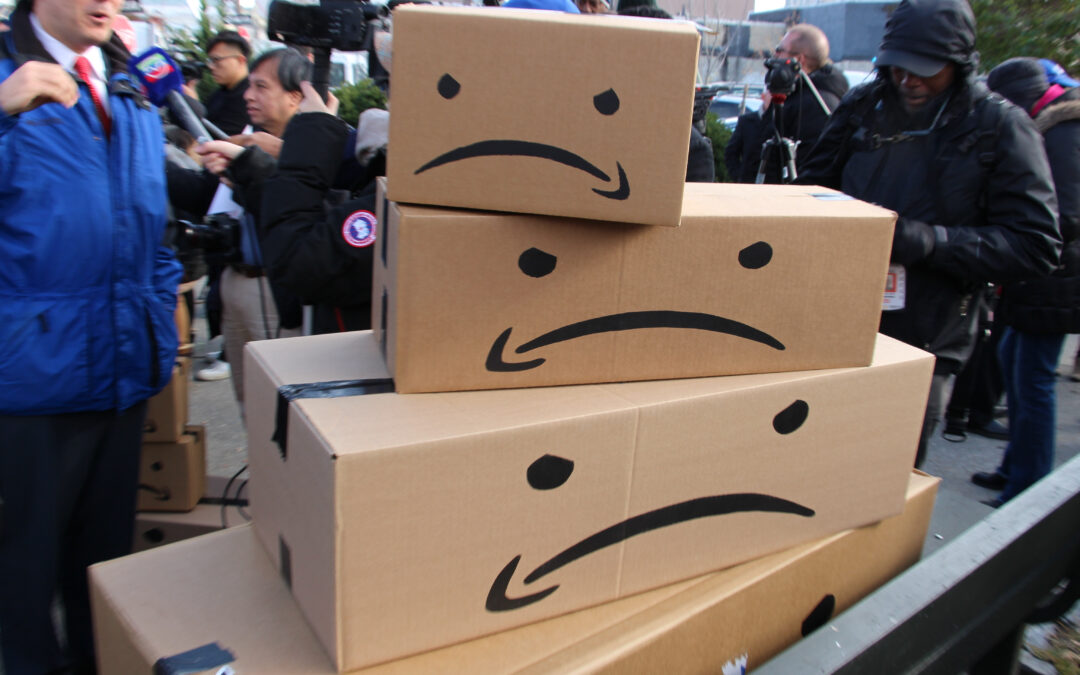 NY warehouse workers just established the first US union in Amazon’s history, which will most likely lead to a NEW wave of labor organizations nationwide.

I’ve got to be honest, I’m not entirely convinced unions are the best thing for growth–and I come from a family of union members.

If you’re wondering why profits were so low in the automotive industry for years, look no further than the unions.

My grandfather, an autoworker himself, said he once worked with a guy that simply brought sheet metal from one room to another and was paid over $100,000 a year for doing it simply due to his tenure in the union.

While that’s great for that guy, his job and countless others like it stifled growth for the company. A business is supposed to focus on growth and profit without having to waste time dancing to the tune of labor union restrictions.

But, that said…have you heard what’s happening at Amazon?

Because that might be enough to make me rethink my position.

The NEED For An Amazon Union

The rumors about that place seem positively Victorian, painting a picture out of a late 1800s factory rather than a modern-day business.

Workers apparently aren’t allowed to go to the bathroom or take lunch breaks, they work horrendous hours under horrendous conditions, and they get paid a pittance.

Disgruntled Amazon workers have been trying to unionize for the past few years, but to no avail thanks to the union-busting efforts of upper management.

But then, on Friday, April 1st, warehouse workers in the Staten Island facility formed the first US-born union in the company’s history through a vote.

Though they’ve won the right to unionize, they’re not out of the woods yet. In the coming days, the Amazon Labor Union may face challenges from Amazon itself over the legitimacy of the election results.

Amazon has a few ideas about how to move forward, and has talked about “filing objections based on the inappropriate and undue influence” of the National Labor Relations (NLRB) Board, the federal agency that carried out the election.

If those challenges are successful, they could overturn the outcome of the vote and there will be no union.

However, if the union beats any potential challenge, it will then enter into negotiations with the company over the shape and size of a union contract between workers and the facility, which can take months to finalize.

Can Profits Become TOO Important?

These steps will ultimately determine whether unions will survive within the country’s second-biggest employer.

The outcome of challenges and negotiations could determine whether this resurgence in workers’ rights will expand beyond Staten Island.

On top of that, it could mean the end of Amazon’s current employment model altogether given that all signs point to company practices being archaic and TOO focused on profits.

That’s a weird thing for me to say, as I think profits should ALWAYS be the focus of a company, but NOT at the expense of a worker being forced to use a bucket as their bathroom.

I’m surprised it’s not criminal, frankly…but for the workers of Amazon, this is a small victory.

However, how this will affect profits we won’t know.

The Monday after the vote, shares were up big, closing up 3% from Friday’s close.

However, as news about the vote spreads, it seems Amazon is taking a bit of a licking, down over 2% from Monday’s close as of this writing on Tuesday afternoon.

The only thing we know for sure is that the saga isn’t over.

There are still a lot of hoops to jump through before all is said and done, and nothing is set in stone.

It’d be great to see some change in these warehouses, regardless of how the negotiations go, and if that means a union, then so be it. Amazon made their bed with their workers…now they have to lie in it. 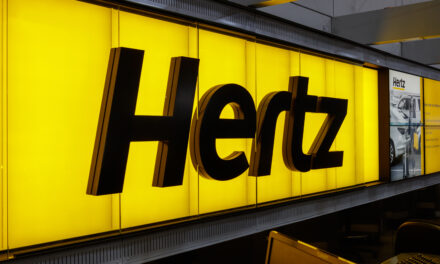