Home » Money Moves » A “Crude” Opportunity During A Global Crisis

A “Crude” Opportunity During A Global Crisis 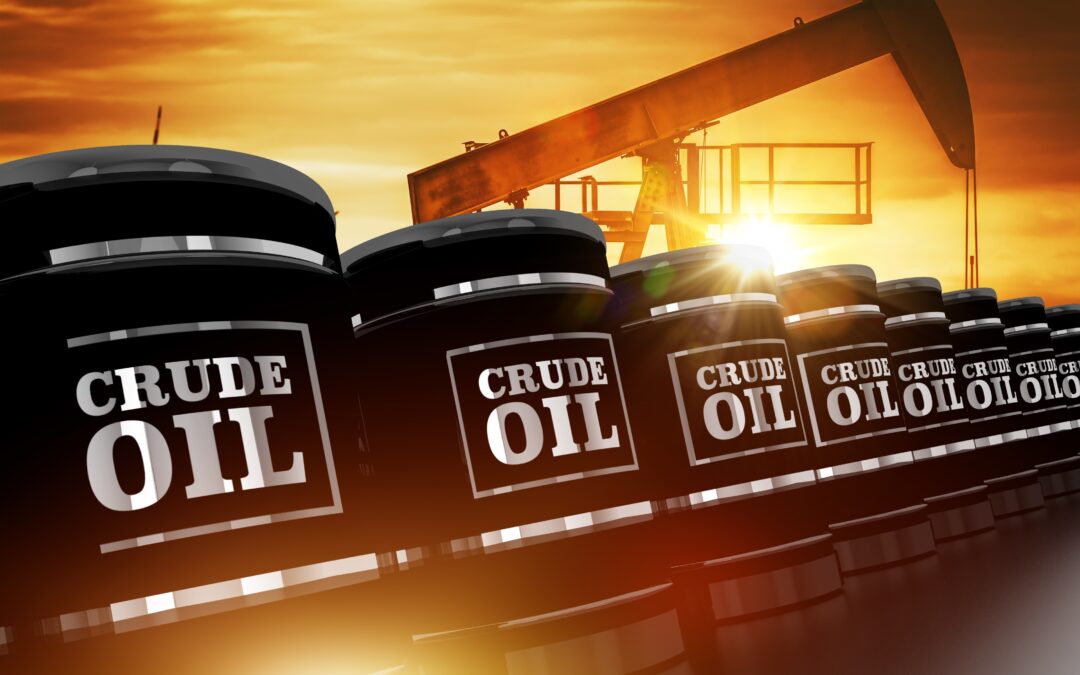 As gas prices soar and the war between Russia and Ukraine strains American business there, we may be stuck paying MORE at the pump for a while.

Before we get into this discussion, I want to preface our conversation with this: what you’re about to hear may sound negative at first, and to a certain extent, it definitely is.

However, as bad as things may seem, the bottom line is this: there is always an opportunity for investors to protect their wealth from global hardship. We have options.

So while much of the world may hear what I’m about as “negative,” as investors, it’s always important to keep in mind that every dark cloud has a silver lining.

Now, here’s the bottom line, and I’m going to be blunt: don’t expect gas prices to come down anytime soon.

Now, I realize that’s a hard pill to swallow, but it’s an important one because the sooner we accept that truth, the sooner we can start moving on to the good stuff.

The US doesn’t have many options to bring down gas prices at the moment.

No Real Relief At The Pumps Coming

Russian President Vladimir Putin chose this war, and President Joe Biden has been forced to take action. So far, the actions that he’s taken are in the form of economic sanctions.

The sanctions target Russian banks, individual oligarchs, and the country’s tech sector, but the US has yet to impose restrictions on oil supplies from the aggressor for one reason and one reason ONLY.

Russia is the world’s third-largest oil producer, and the Biden administration is worried that stemming oil and gas flow now with inflation soaring and crude costs surging would only exacerbate the situation.

This is very telling about the state of the world’s oil supply.

According to one analyst, the lack of sanctions on Russian oil solidifies the theory that the US doesn’t have “many good options” right now to combat rising gas prices.

Isaac Boltansky, BTIG Director of Policy Research, said in a recent interview,  “I’m sure the White House will do everything it can… but I’m just not sold on any of the options that they have really helping consumers.”

And what options are the Biden administration looking at?

Well, right now, they’ve suggested tapping into the US oil reserves (Strategic Petroleum Reserve, or SPR for short), even though it was just a few months ago that the White House released 50 million barrels of oil from said reserves in a move that had little to no impact on prices.

Boltansky isn’t convinced that this a good move, “We’re already at the lowest level of reserves in the SPR since 2002, so we’re already bumping up against constraints there, and frankly, it hasn’t had that much of an impact.”

So, where are we right now?

And there are experts saying that it’s just the beginning, predicting that gas prices could top $4 as early as next week.

For example, long-time energy strategist Dan Dicker recently shared on Yahoo! Finance Live that he believes that gas prices could go much higher if the war in Europe drags on, saying “My guess is that you are going to see $5 a gallon at any triple-digit [oil prices] … as soon as you get to $100. And you might get to $6.50 or $7.”

That’s troubling…but as I said, knowing this and accepting it is half the battle.

If we have an idea that this is what’s going to happen, we can start looking at options to hedge that money lost at the pump by making some in the markets.

Resource companies could be our ticket to both surviving and THRIVING over the coming months, and it may be smart to start perusing this sector now for any hot prospects.

If you look across the board, oil companies surged this week. Both BP (BP) and Exxon Mobil (XOM) are trading up, and when you look at their PowerStock rating, you’ll see that things are looking good for these established oil titans.

Take a look at BP:

Exxon is literally RIGHT behind them:

Like I said, there may be dark clouds hanging over our heads, but there are always silver linings.

We just need to look for them.

Gas prices will be down before you know it–and hopefully, this war will be too. There’s a lot of suffering going on beyond the gas pump right now, and that’s perhaps a bigger concern.

Peace and prosperity is the goal–and I hope we get there soon.

“What we see depends mainly on what we look for.” – John Lubbock 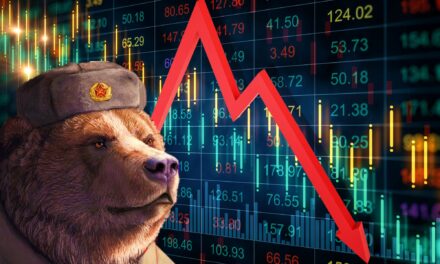 Will Russia/Ukraine Accelerate The Bear Market?