Fight Night: Jack Dorsey v. Marc Andreessen for the Future of the Internet! 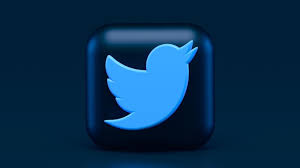 That’s right, Dorsey, the founder of Twitter—who looks like a cross between a Grateful Dead groupie and a wizard—and Andreessen— the software and internet pioneer who founded Netscape in the 1990’s— are fighting like two 16-year-old highschoolers.

Marc Andreessen has been a successful Silicon Valley investor, investing in companies like Facebook, Groupon, and yes…wait for it…Twitter!

So, what are the two uber rich dudes fighting over?

Well, naturally, it started with a personal slight. On a podcast this year, venture capitalist—which hereafter will be called “VCs”— Jason Calacanis spilled the beans about a time back in the day when Andreessen Horowitz—the VC fund co-founded by Marc Andreessen— considered throwing a lifeline to Twitter and considered buying it out during its early days when it was struggling to bring home the cheddar.

Well, that hurt Jack Dorsey’s feelings. And he struck back at Andreessen not solely because of those fighting words, but more importantly, over Dorsey’s dislike of the new “web3” future, something Marc Andreesen is a big believer and investor in.

You might be asking yourself”” what the heck web3 is? and why you should care about this Twitter feud between tow immature billionaires?

Well, like or hate them, these two are big players in the tech world and their opinion on subjects related to the future of tech are relevant.

Web3 is a mix of metaverses, blockchains, and NFT’s which people like Andreessen see as the future, and people like Dorsey see as overblown. Dorsey isn’t a believer in Web3.

Dorsey is a supporter of bitcoin, and even left Twitter to pursue his love of bitcoin running his company Square Inc., but that’s it; he doesn’t believe in the potential success of the rest of web3, and he let Andreessen know his feelings publicly.

Dorsey doesn’t trust VCs and Tweeted at Andreessen last month that that “You don’t own ‘web3.’ The VCs and their LPs do. It will never escape their incentives. It’s ultimately a centralized entity with a different label. Know what you’re getting into.”

And in another Tweet directed at Chris Dixon, another crypto investor at Andreessen and Horowitz, he claimed that VCs are hiding who really controls them, since they aren’t bound by the same disclosure rules as publicly traded companies.

That will show him!

The battle is an example of the important battle over the future of the internet which is increasingly playing itself out publicly.

According to Forbes, “Web3 broadly refers to the internet that is owned by its builders, users, and creators. By leveraging tokens and decentralized technology, it aims to disrupt centralized intermediaries. Cryptocurrencies, Decentralized Finance (DeFund and Non-fungible tokens (NFTs) are the first applications that have found product-market fit and gained consumer adoption.”

But so far, Web3 is just getting started. Cryptocurrency is still owned by less than 10% of the population. Defi financial systems only hold $100 billion in assets, which is far behind traditional finance, and Web3 applications have only reached tens of billions, which sounds nice, until you realize that Web2 has billions of users.

VCs, like Andreessen, invested heavily in Cryptos in 2021 to the tune of $30 billion globally as of late November.

So, despite the Twitter feud, maybe the two can agree to disagree on Web3, and agree on the success of Crypto.

But that would be boring, no matter what people say; everyone is intrigued by personal drama.

It is so much fun to watch! 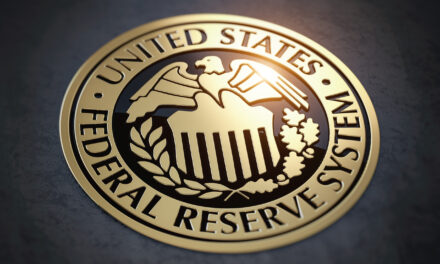