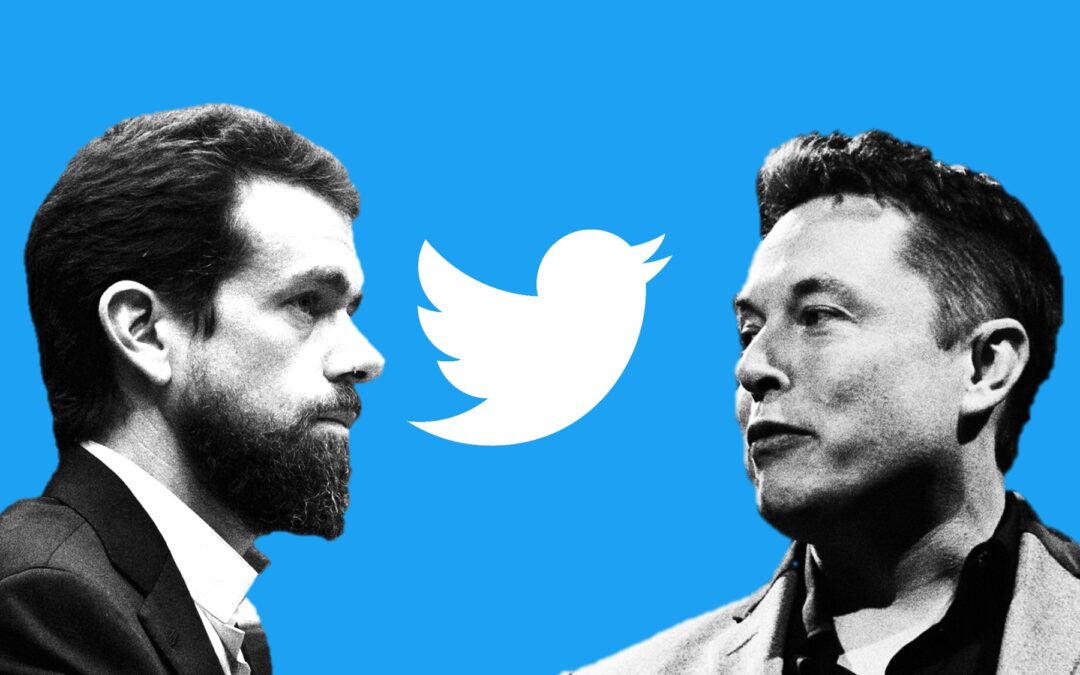 The biggest financial news of the week is Elon Musk’s new role as majority shareholder in Twitter–but how does the platform’s creator feel about it?

Have you ever built a business?

As someone who has, let me tell you that while the main goal is profit, it also needs to be a labor of love if it’s going to succeed.

And like a child, the business’ success is OUR success. It’s a mirror, reflecting the quality of the work we put into it.

But the same can be said for failures, too. I’ve seen grown adults break down like babies when things start going south.

I got a front-row seat to this kind of thing when the business my friend built was bought out by another company. That company is slowly killing my friend’s original business, which is just tearing him apart emotionally. I saw him cry–literally cry–saying, “All I built… all that sacrifice…and for what? For these guys to come in and rip it all to shreds?”

He was paid handsomely during the buyout, so he no longer owns the business he started…but his emotions are still clearly tied to it, just as a parent’s would be to their grown, independent child.

How Does Jack Dorsey Feel?

But do these kinds of emotions exist at the level of multi-billion dollar business deals? Do powerful CEOs, executives, and company founders feel this connected to the international corporations they oversee?

Is it the same level of emotional attachment?

Is there even more of a connection?

Does Steve Wozniak still get pangs of regret over Apple?

Does Peter Thiel have any kind of emotion connected to Facebook?

It got me thinking…

How does Twitter founder Jack Dorsey feel about having to share joint custody of his company–his baby–with the world’s richest man, Elon Musk?

It’s not that Musk is in any position to call the shots entirely, but with a 9.2% stake in Twitter, his ideas and his vision will nonetheless have an impact on the company.

Do you think Dorsey can handle that? A man that’s most likely smarter and definitely richer than him is very close to taking total control away from him…and that can’t be easy to swallow.

Upon revelation of his new status, Musk was invited onto Twitter’s board of directors–and some say this was a move to stop the Wonderkind’s hostile takeover of the company, as board members can’t own more than 14.9% of company stock.

And how does this make Jack Dorsey feel?

Publicly, he seems happy about it.

After the news of the board appointment broke, he tweeted: “I’m really happy Elon is joining the Twitter board! He cares deeply about our world and Twitter’s role in it. Parag and Elon both lead with their hearts, and they will be an incredible team.”

I’m really happy Elon is joining the Twitter board! He cares deeply about our world and Twitter’s role in it.

Parag and Elon both lead with their hearts, and they will be an incredible team. https://t.co/T4rWEJFAes

But is that happiness just a mask?

Is Dorsey truly happy about Musk’s involvement, or is he just pretending to be?

Odds are good that he’s being genuine…but you never know.

While the two may be opposed politically–especially when it comes to issues pertaining to freedom of speech–the fact remains that they’ve always given each other support publicly when the proverbial poo hits the fan.

Of course, when somebody makes you as much money as Musk has made for Twitter (shares are up 28%!), it’s hard not to like them.

If I got an almost 30% pay raise just because someone else joined my company, I’d be happy too–and his politics wouldn’t even bother me one way or another.

Of course, we’ll see what happens with the company after ELon Musk gets involved. That guy doesn’t sit still for a second. He’s always looking for ways to improve his hobbies-turned-businesses, and I’m sure it won’t be any different with Twitter.

Somebody better give Jack’s friends a head’s up…because he may need a shoulder to cry on soon.

“Starting anything is a roller coaster with the highest highs and lowest lows.” – Jack Dorsey