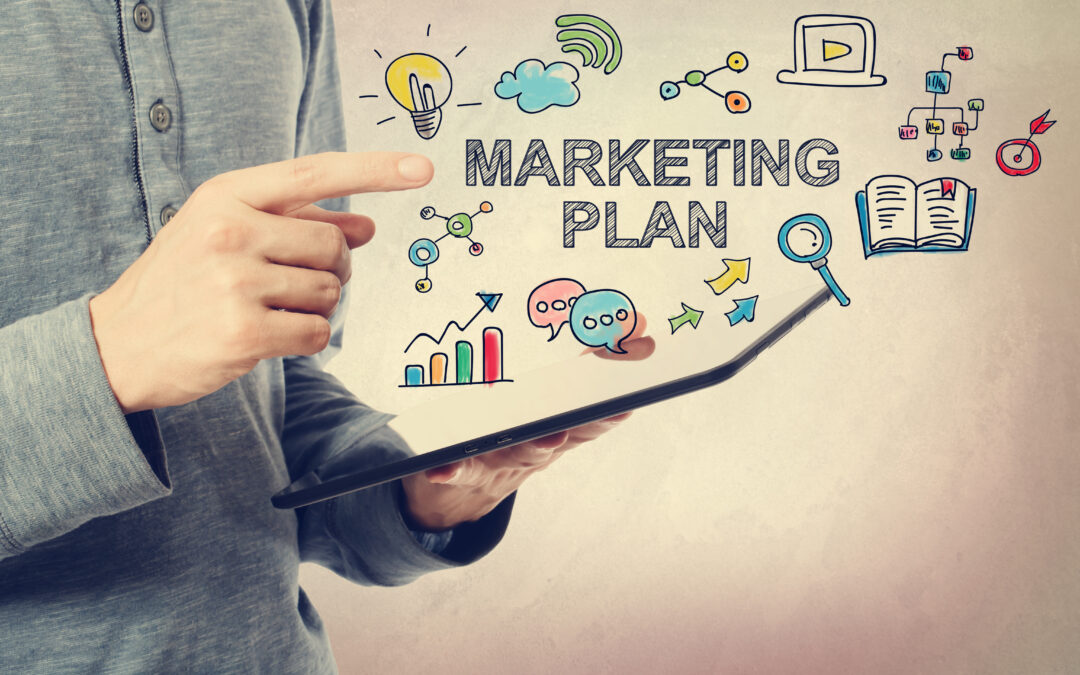 The pathway to getting new business begins and ends with marketing…and companies will pay BIG money for the right advertising strategy to get it.

To be successful in business, you have to have a lot more than just a great product or service.

But when you get right down to it, if nobody knows you have a great product…what do you really have?

The most valuable thing any business has is its marketing dollars.

So, it makes sense why big-time marketing agencies make a LOT of money.

They realize that their service is vital to businesses—and that’s why they charge top dollar for it.

But the best part is that it’s worth it!

The returns that some of the best companies can get their clients more than make up for the cost of their service.

It’s a synergistic business relationship for all involved…but there always tends to be ONE drawback: the vast majority of marketing companies are privately owned, meaning that investors like us usually don’t get a chance to get in on these veritable cash registers.

I say “usually” because there are actually some publicly-traded advertising companies out there. If we want to get a piece of this $155 billion industry (and that’s DOMESTIC… not even talking worldwide numbers), there are some opportunities out there for people willing to look hard enough.

However…not every opportunity is the same, right?

But there’s a problem with massive companies: we don’t get a lot of movement out of them. Sure, we can get a few bucks here and there…but the fact remains that, when a company gets that big and isn’t in that high-growth category anymore, the profit sizes begin to dwindle.

That’s why it’s important to find other avenues into this massive market…and leave it to Adam O’Dell and Charles Sizemore to find that opportunity.

The guys have found an option that is not only killing it business-wise but is also small enough that investors like us can see a LOT of movement going forward.

Your Opportunity To Profit

The company is Criteo (CRTO)—and after you see the movement this company has made over the past few weeks, you’ll understand why it recently popped up on Green Zone Fortunes’ radar. 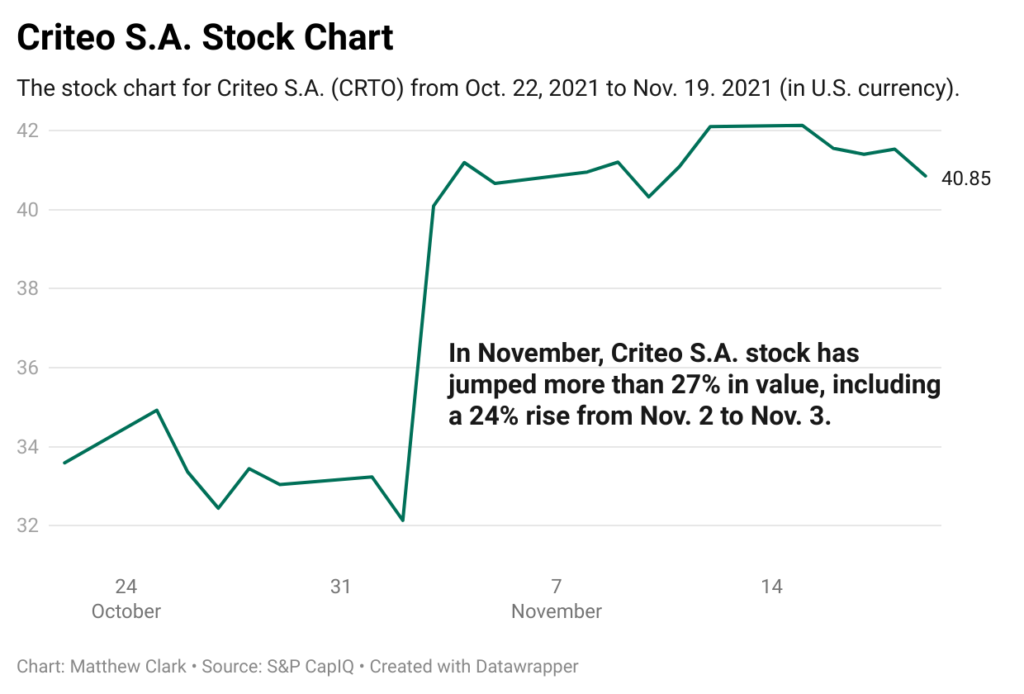 Criteo’s sales rose 13% year over year in the third quarter to $211 million, beating analyst estimates by about $6 million across the board.

Not only that but adjusted earnings increased by 60% to $0.64 per share, almost DOUBLING the analyst estimates of just $0.36 per share.

In total, the company added more than 400 net new clients during the quarter, bringing its total to 22,000 customers.

And while sales were flat domestically, Criteo’s business is exploding in Europe, the Middle East, Africa, and Asian-Pacific regions, which means we could be seeing just the beginning CRTO’s potential.

If you want to know more about the guidance, you know who to turn to.

Adam and Charles do an incredible job with Green Zone Fortunes, and they’re consistently beating the market—which is just one of the reasons why I trust them when it comes to the recommendations they put out.

However, as always, you have the ticker symbol. If you want to do all the heavy lifting yourself, feel free!

Criteo is an incredible prospect – and investors who act now could be sitting on a pretty penny sooner rather than later.

“Give them quality. That is the best kind of advertising.” – Milton Hershey