Home » Money Moves » Getting Slick: Is NOW A Good Time To Get Into Oil?

Getting Slick: Is NOW A Good Time To Get Into Oil? 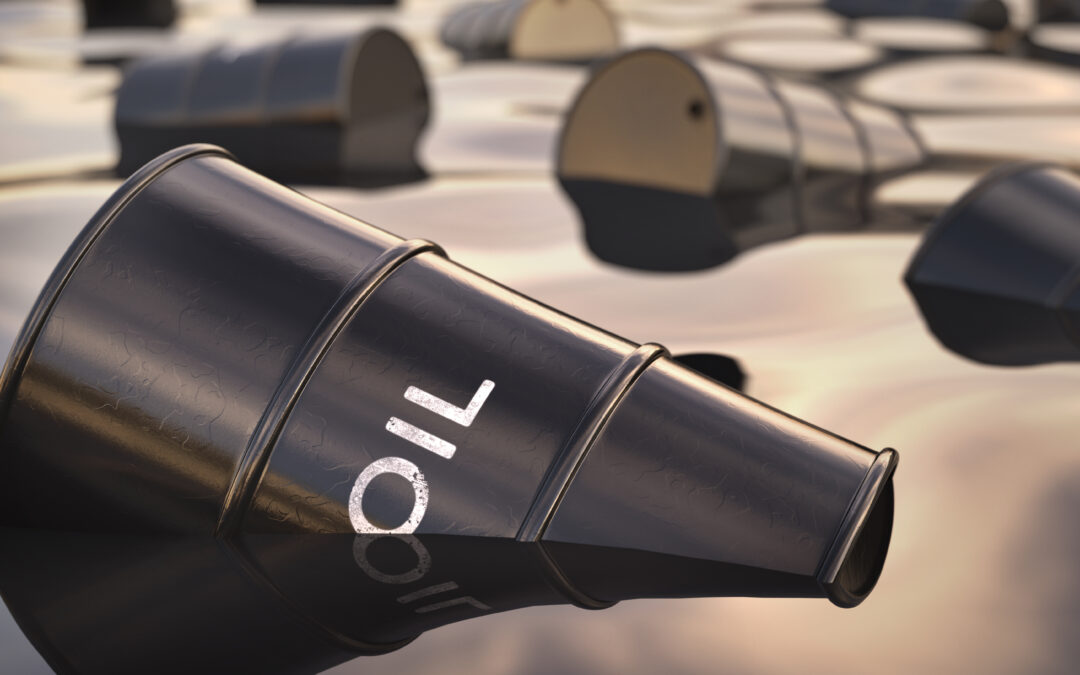 With the price of gasoline and oil soaring, many wonder whether NOW would be the best time to jump back into a market only recently considered “passe.”

You know, as much as I HATED the lockdowns and being stuck at home, there are some things I miss about it…not that I’d ever want to go back, of course!

Food delivered on a whim without feeling the guilt of being lazy, discovering new Netflix shows to binge, and not having to talk to people all too much (did I mention I can be something of an introvert?)…these are just some of the things that made the list.

But the thing I miss most, the one pandemic “perk” that’s at the very top of my list, was all the money I was saving on gas by not having to go anywhere.

Now, I love driving just as much as the next guy…but I like keeping my money more. Saving time and money by cutting out commutes to different locations (including the Money & Markets office) is the kind of saving I get giddy about.

However, thankfully, the lockdowns eventually eased—and as much as I like being a loner, after a while, I was starting to miss people.

With the lifting of the lockdowns, a growing number of people started driving again, which put a bit of a crunch on the gas supply. But, all things considered, it wasn’t that bad, and things started getting back to a semblance of “normal.”

However, the events of early 2021 caused the already strained fuel supply to spread even thinner. Freshman President Joe Biden made two declarations that negatively affected oil prices during his early days in office.

First, he nixed the Keystone XL pipeline that stretched from the US to Canada, and then he ended leases for oil fracking on federal land.

While the various benefits of these moves could be debated either way, what CAN’T be debated is the fact that, as soon as President Biden made these announcements, oil future prices spiked…and they’ve stayed up ever since.

Oil’s Up! Is It Primed To Offer Profits?

While that means we’ll all be paying more at the pump, the real question is whether we should be considering investing back into oil.

Even as politicians push green and renewable energy (another primed profit opportunity), one has to wonder whether smart investors should be moving back into fossil fuel—at least for the time being.

The answer to that question is becoming clearer by the day, and the further we get into an inflation-riddled economy, the bigger the profits are becoming for oil companies.

Exxon Mobil (XOM), Chevron (CVX), and BP (BP) are all having stellar years…

And while the market may be passe in some trading circles these days, the fact of the matter is that there’s still a lot of money still to be made from this classic wealth-producing commodity.

So, is now a good time to get back into oil?

I believe so…but I’m not the only one.

Adam O’Dell and Charles Sizemore, our resident experts here under the Money & Markets umbrella, agree with me. Guess what popped up on their Green Zone Fortunes’ “Hot Stocks” list recently?

If you guessed “an oil and gas company”…give yourself a high-five.

It seems the boys at GZF are eyeing some oil profits, as they just put Matador Resources (MTDR) on their list of stocks to watch.

Just take a look at their progress chart.

That’s a spike of almost 300% (292% to be exact) and it doesn’t look like they’ll be seeing their momentum slowed anytime soon, so it makes sense why Adam and Charles put Matador on this list.

What I love about this pick is that it gives you more “bang for your buck” than you would be investing in any one of the “big boys” out there.

Being a smaller company, Matador has a much smaller float of stock out there, meaning that just a little bit of movement can make this thing shoot up a lot.

You might want to take a look at it yourself and see if it’s a fit for you and your portfolio.

That being said…I can’t give you guidance on this stock.

If that’s something you’re looking for, you may want to become a member of Green Zone Fortunes so Adam and Charles can give you more detailed instructions on how, when, and, most importantly, IF you should buy Matador.

However, if you can’t wait, you can do the research yourself…

Regardless, it’s interesting to see that what was once considered “old” is now “new” again.

Oil continues to create fortunes—and that won’t stop for a while.

“In 1859 the human race discovered a huge treasure chest in its basement. This was oil and gas, a fantastically cheap and easily available source of energy. We did, or at least some of us did, what anybody does who discovers a treasure in the basement – live it up, and we have been spending this treasure with great enjoyment.” – Kenneth E. Boulding