Home » Money Moves » Microsoft Enters The Battle For The Metaverse

Microsoft Enters The Battle For The Metaverse 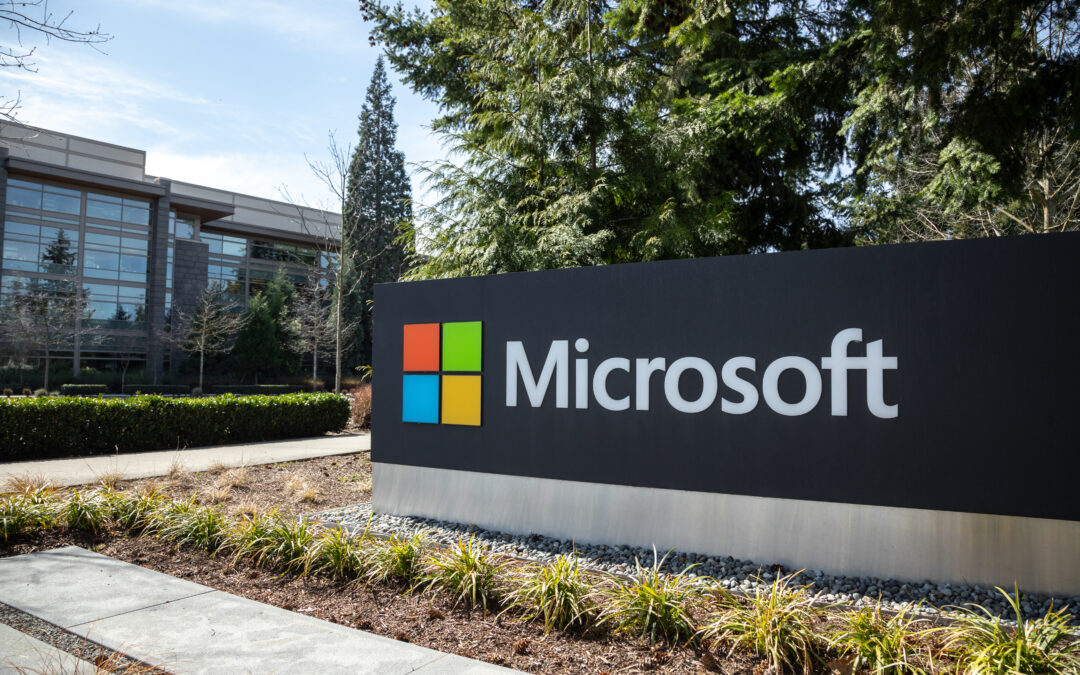 While Meta obviously leads the charge for the Metaverse, Microsoft has a different idea, and its latest acquisition put it securely in the running.

“The Battle for the Metaverse…”

Sounds like the great title to a new science fiction series, doesn’t it?

It’s got that air of ominous intrigue that puts people in theater seats…It’s like “Indiana Jones and the Temple of Doom.”

But maybe it’s a bit overly dramatic as well, right? As if there were a real battle going over the rights to digital Innerspace.

As I’ve been saying for months now, the Metaverse is the future of both personal profits and the overall direction of our society.

The possibilities are endless…

And if you want an idea of what those possibilities could be, read the book Ready Player One by Ernest Cline (DON’T watch the Speilberg movie) for a more accurate depiction of where we’re headed.

And yes, I know that it’s science fiction, but the Metaverse is perhaps the finest example of life imitating art.

The Metaverse will be just like the book’s online universe, “The Oasis,” where people will go to school, work, and interact all on one digital plane.

This WILL happen…the only question is WHEN. It will take time for society to fully embrace this new kind of digital life…and we’re not there yet.

The Battle For The Metaverse Has Begun

In the meantime, a handful of companies are jockeying for position to be THE company that controls it all.

The odds on favorite is obviously Meta (FB). They’ve been working diligently on their metaverse for years, even going so far as to change the name of their company to reflect the direction their business is going.

However, they’re not the only tech giant looking to expand.

Microsoft (MSFT) is building its OWN version of the Metaverse, and it may be going in a different direction than Zuckerberg’s company.

Recently, Microsoft acquired gaming icon Activision Blizzard (ATVI), and in doing so became the third biggest gaming company on the planet (which we covered last week – you can read it HERE).

If Microsoft sticks to a gaming Metaverse, that could truly throw a wrench into Meta’s plans, given that they want to be a one-stop-shop for all things in the digital universe.

What Microsoft has going for it is momentum, because they’ve been KILLING it lately.

Microsoft has beaten analysts’ earnings expectations the last 12 quarters straight, and doing so in all three of its main business segments that each make up about a third of total revenue.

Revenue from the company’s cloud computing business and “productivity” segment – which includes Office 365 and LinkedIn – came in 26% and 19% higher than the same time in 2020 respectively, while sales in its personal computing business were up 15%.

That makes Microsoft stock an absolute STEAL at its current price, as investors are starting to prepare for the coming bear by backing away from tech companies.

And not for nothing, but have you seen its Green Zone ratings score?

But here’s the thing…

Microsoft’s gaming division only accounted for a SMALL portion of its overall revenue last quarter – but that is most likely to change after acquiring Activision Blizzard.

As I said, the acquisition automatically makes Microsoft the third biggest gaming company in the world. While they’re building their own version of the Metaverse, that means that there will be a lot more innovation to come from Bill Gates’ baby.

In fact, many analysts expect that Microsoft’s next move might be to buy companies in the VR space – or create its OWN division within the company.

Regardless, it’s good to know that this isn’t just a one-horse race.

Competition breeds innovation, which means we can expect this new “inner space race” to truly bring us some exciting new advances in technology.

And profitable ones too!