Home » Money Moves » Microsoft Goes All In On Gaming

Microsoft Goes All In On Gaming 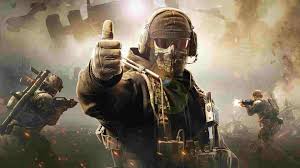 The computer and software icon has just committed an industry coup by snatching up one of the most popular gaming brands in the world!

I have a confession to make…

I haven’t told you guys the WHOLE truth – but I’m going to come clean right now – as I can’t take the pressure of holding this secret in any longer.

Do you remember when I told you that I was a “casual” gamer?

Well, that really wasn’t the truth. In fact, depending on how you look at it – I might have actually lied to you – because the truth is: I play almost every single day.

Sigh… what a relief.

I was sick of feeling like I wasn’t being 100% honest with you guys and getting that off my chest really took a load off my conscience.

Yes, I play ALMOST daily. I’m addicted to one game – Call of Duty – and while there will be times that I don’t play it at all…

I’m in a cycle where I play it daily as it’s just too fun and relaxing.

Big Move In The Computer Industry

You can play campaigns where you flesh out a storyline – or you can play online and compete with people from all around the world in different versions of the game.

Regardless, I think it’s important for you to know that CoD is extremely popular and is one of the most popular video games of all time.

It’s a moneymaker – which is probably why Microsoft (MSFT) made a play for the company that produces it, Activision Blizzard (ATVI) – bringing the 42-year-old company under the watchful eye of Bill Gates’ baby.

While investors really don’t like to see a company forking over tens of billions for a gaming company – ATVI investors LOVED it – and will continue to love it once the deal is completed.

How do we know investors are loving this deal?

Because Activision Blizzard’s shares jumped a staggering 36% in pre-market after the Microsoft deal was announced – and that deal states that computer icon will be acquiring the video game publisher for $95 per share.

The deal is valued at a whopping $68.7 billion – and will go down in history as Microsoft’s largest takeover ever.

When the dust finally settles here – it will make Microsoft the world’s THIRD largest gaming company (by revenue) with only Tencent (TCEHY) and Sony (SONY) – ahead of them.

Preparing For The Metaverse!

Microsoft’s chairman and CEO, Satya Nadella said of the acquisition in a statement, “Gaming is the most dynamic and exciting category in entertainment across all platforms today and will play a key role in the development of metaverse platforms. We’re investing deeply in world-class content, community and the cloud to usher in a new era of gaming that puts players and creators first and makes gaming safe, inclusive and accessible to all.”

This is just one of a few prominent consolidation moves in the gaming industry as of late – as the tech world prepares for what looks to be the next transformative innovation in tech – the metaverse.

Now, Microsoft gets a lot more than just Call of Duty in the deal…

As Activision Blizzard controls other popular games in both the online and mobile gaming industries.

Besides CoD – the popular computer/console games Warcraft, Diablo and Overwatch will now also fall under the Microsoft umbrella…

As well as the insanely popular (and addictive) mobile game, Candy Crush.

Again, while shares in Microsoft were down by a skosh, investors FLOCKED to ATVI – with shares up roughly 28% at this writing.

However, Microsoft is a BIG deal amongst our Money Movers – and even more – it’s BIG on the Green Zone ratings…

Check out the GZ workup here.

And the future is going to be the metaverse.

If they’re preparing for it – shouldn’t we?

“Our industry does not respect tradition – it only respects innovation.” – Satya Nadella 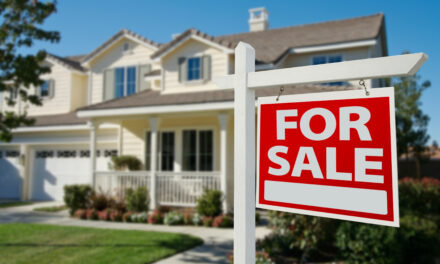