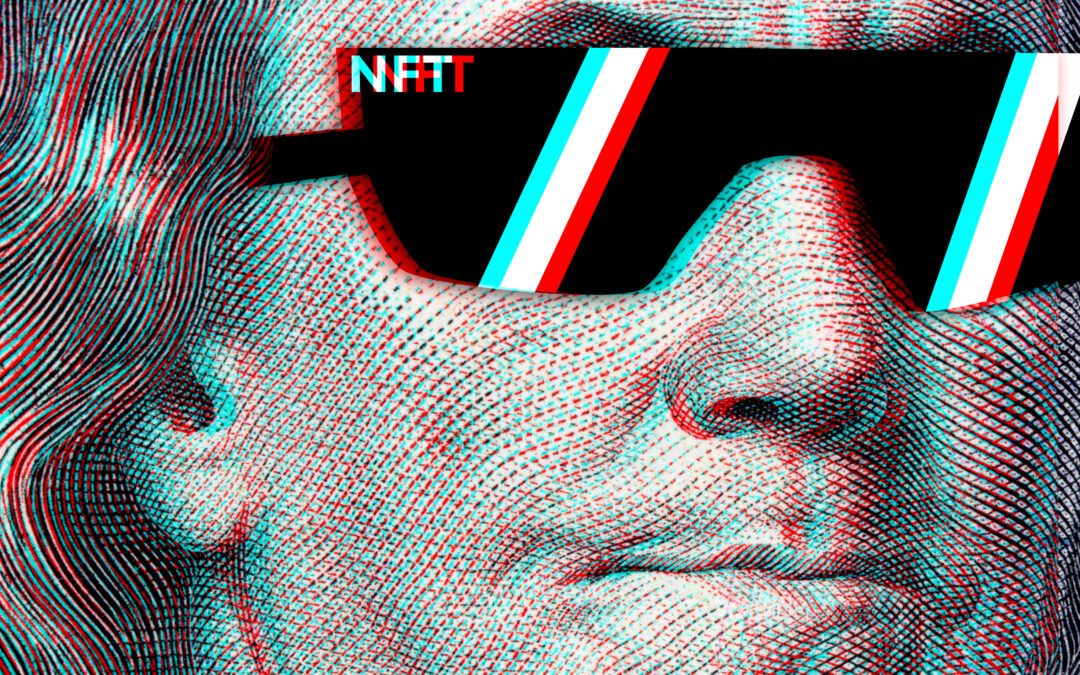 Have you ever wanted to see what was behind the velvet rope? Well, you used to have to be on some important list—but now NFTs could be your ticket to events.

If you ever wanted to see behind the velvet curtain…now’s your chance! But you don’t need to be on some list to get in. In the modern era, an NFT could be your ticket to the world of the elite.

Like many people in the world, I wear different hats depending on what time of the day it is.

From 9 am to 5 pm, Monday through Friday, I’m an associate editor at one of the internet’s TOP financial newsletters, Money & Markets.

And I love my job.

However, from 7 am to 8 am and 5:30 pm to 7:30 pm on weekdays, I wear a different hat, and I work as an instructor in the martial art of Brazilian Jiu-Jitsu.

And I love my sport.

Brazilian Jiu-Jitsu (BJJ to those of us in the sport) is one of the coolest and yet strangest environments I’ve ever been involved in.

The people in BJJ are a truly eclectic collection from all walks of life—and yet they all get to rub elbows with one another because we’re ALL equal on the mats.

That being the case, a group of my students is made up of a bunch of young, hungry entrepreneurs that are doing things at the age of 24 that I couldn’t even imagine doing 25 years ago.

A few of these kids are already millionaires, and it’s hard not to be a little envious of them being so young and have so much success so early.

But fortunately, my ego isn’t so big that I’m above asking these young Turks what they’ve got cooking that is going to net them their next million bucks.

One of my students—we’ll call him Alan—is one of the de facto leaders of the bunch, and he’s come to see me as more than just a BJJ instructor. Alan truly values my opinion in the realm of business, as my experience in both creating and running a successful publishing firm gives me some clout.

We were talking just this morning about Art Basel, a yearly art event in Miami, Florida.

The who’s-who of the art world descends on Miami Beach every year for this stellar, star-studded event—and anybody who’s anybody (or anybody that wants to be somebody) will be there.

Well, Alan and his crew are heading down this year, and this morning we discussed how this year’s event is going to be about way more than just painting and sculptures.

To the surprise of the art world, it looks like NFTs are going to take center stage.

How much will these Blockchain darlings be involved with the event?

Well, famed art auction house Christie’s will be hosting an invite-only exhibition at an undisclosed location in Miami, and the exhibition is a partnership with two players in the Non-Fungible Token game: NFT Now and OpenSea.

The “Gateway exhibition” will showcase a labyrinth-like network of rooms, depicting artwork from 34 NFT artists. The list of names (most of which I’ve never heard) includes some of the BIGGEST in the NFT world, including Andre Oshea, Ash Thorp, Chad Knight, and Sarah Zucker.

Why is this so big?

Well, recently, NFT artist Beeple Crap (no… I’m not joking) sold two of his NFT works for north of $25 million each, with one bringing in a whopping $69 million.

Can you believe it?

However, while selling high-priced digital art is the focus, there’s something else about the event that I find JUST as fascinating.

You see, the week of Art Basel comes with a SLEW of parties that the rich, famous, and infamous all attend. This is nothing new.

However, what is new is the fact that, in order to gain entry into some of these elite parties, you need to present proof of owning an NFT at the door.

NFTs are now the new “must-have” of the elite – and they value them so much that they won’t party with anyone who doesn’t have one.

To me, that’s fascinating, and it shows you just how much those in the know are invested in this new technology.

This whole conversation was completely eye-opening to me, and it showed me that I’ve made the right decision to get to know as much about Blockchain as I can.

If this is the direction that the world is moving…I’d rather be at the vanguard than the rear flanks.

“I think exclusivity is important in life. When you look at a hot pair of Jordan’s, not everybody got them – it’s a limited run. You look at guitars. When Gibson made the robot guitar, it was a limited run.” – RZA

11. What The Leadership Change At Twitter Means For Crypto