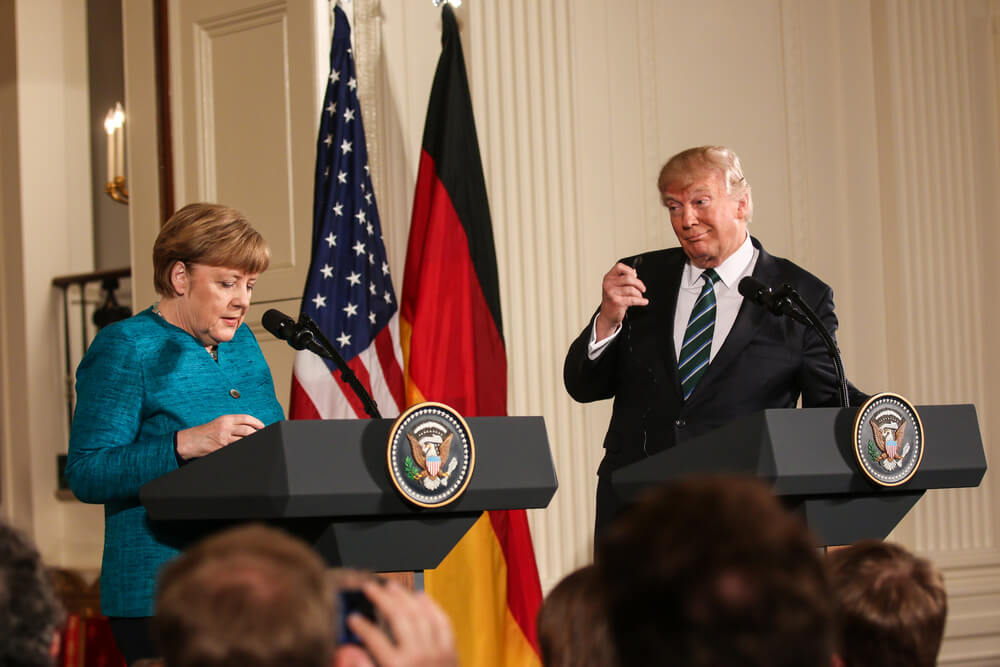 President Donald Trump barreled into a NATO summit Wednesday with claims that a natural gas pipeline deal has left Germany “totally controlled” and “captive to Russia” as he lobbed fresh complaints about allies’ “delinquent” defense spending during the opening of what was expected to be a fraught two-day meeting.

Trump also suggested that NATO allies commit to spending 4 percent of their gross domestic product on defense — double the current goal of 2 percent by 2024.

The president, in a testy exchange with NATO Secretary-General Jens Stoltenberg that kicked off his visit, took issue with the U.S. protecting Germany as it strikes deals with Russia.

“I have to say, I think it’s very sad when Germany makes a massive oil and gas deal with Russia where we’re supposed to be guarding against Russia,” Trump said at a breakfast with Stoltenberg. “We’re supposed to protect you against Russia but they’re paying billions of dollars to Russia and I think that’s very inappropriate.”

Trump repeatedly described Germany as “captive to Russia” because of the energy deal and urged NATO to look into the issue.

German Chancellor Angela Merkel pushed back firmly, insisting that Germany makes its own decisions and drawing on her own background growing up in communist East Germany behind the Iron Curtain.

“I’ve experienced myself a part of Germany controlled by the Soviet Union and I’m very happy today that we are united in freedom as the Federal Republic of Germany and can thus say that we can determine our own policies and make our own decisions and that’s very good,” she said.

The president appeared to be referring to the Nord Stream 2 pipeline that would bring gas from Russia to Germany’s northeastern Baltic coast, bypassing Eastern European nations like Poland and Ukraine and doubling the amount of gas Russia can send directly to Germany. The vast undersea pipeline is opposed by the U.S. and some other EU members, who warn it could give Moscow greater leverage over Western Europe. It’s expected to be online at the end of 2019

In their back-and-forth, Stoltenberg stressed to Trump that NATO members have been able to work together despite their differences. “I think that two world wars and the Cold War taught us that we are stronger together than apart,” he told the president, trying to calm tensions.

Trump’s dramatic exchange with Stoltenberg set the tone for what was already expected to be a tense day of meetings with leaders of the military alliance as Trump presses jittery NATO allies about their military spending ahead of his meeting next week with Putin.

“The United States is paying far too much and other countries are not paying enough, especially some. So we’re going to have a meeting on that,” Trump said, describing the situation as “disproportionate and not fair to the taxpayers of the United States.”

“They will spend more,” he later predicted. “I have great confidence they’ll be spending more.”

And with that, he went on to push allies at the summit to double their commitment on defense spending.

“During the president’s remarks today at the NATO summit, he suggested that countries not only meet their commitment of 2 percent of their GDP on defense spending, but that they increase it to 4 percent,” said White House spokeswoman Sarah Huckabee Sanders. She said the president raised the same issue at NATO last year and that, “Trump wants to see our allies share more of the burden and at a very minimum meet their already stated obligations.”

However, a formal summit declaration issued by the NATO leaders Wednesday reaffirmed their “unwavering commitment” to the 2 percent pledge set in 2014 and made no reference to any effort to get to 4 percent.

Trump’s pipeline criticism was an unusual line of attack for a president who has proclaimed himself eager to improve relations with Russia’s Vladimir Putin and dismissed the U.S. intelligence community’s assessment that Russia tried to undermine Western democracy by meddling in the 2016 U.S. presidential election to help Trump win. Trump has long argued that improving relaxations with Russia would be good for both nations.

Back in the U.S., Democratic leaders Nancy Pelosi and Chuck Schumer issued a joint statement describing Trump’s “brazen insults and denigration of one of America’s most steadfast allies, Germany,” as “an embarrassment.”

“His behavior this morning is another profoundly disturbing signal that the president is more loyal to President Putin than to our NATO allies,” they wrote.

But Sen. Tom Cotton, R-Arkansas, a strong supporter of the president, said the pipeline issue strikes at the “heart of NATO unity.”

“The pipeline gets cheap Russian gas to Germany while bypassing smaller Eastern European nations, allowing Russia to pressure them while Germany is held harmless,” he tweeted, adding: “No amount of preening in Berlin will cover this nakedly selfish policy.”

Despite Trump’s claims about Germany, Merkel served as a forceful advocate for imposing — and maintaining — sanctions on Russia after it annexed Crimea in 2014, arguing that it violated the principles of the international order established after World War II. The president is also not the first leader to point to the impact of Nord Stream 2 on Europe, echoing complaints from Eastern European allies who note it would cut out transit countries such as Poland and Ukraine.

Trump and Merkel met later Wednesday on the sidelines of the summit and kept their remarks polite during a photo opportunity with the press.

Trump told reporters the two had a “very, very good relationship” and congratulated Merkel on her “tremendous success.” Asked if they had discussed the pipeline, he said they had, but declined to elaborate.

Merkel, for her part, called the two nations “good partners” and said “we wish to continue to cooperate in the future.”

Trump then met with French President Emmanuel Macron, who said he disagreed with Trump’s pipeline assessment. But the two appeared on good terms, with Trump joking about the fact that Macron had been asked about it.

Trump has long pushed NATO members to meet their agreed-to target of 2 percent by 2024 and has accused those who don’t of freeloading off the U.S.

He tweeted from the summit: “What good is NATO if Germany is paying Russia billions of dollars for gas and energy? Why are their only 5 out of 29 countries that have met their commitment? The U.S. is paying for Europe’s protection, then loses billions on Trade. Must pay 2% of GDP IMMEDIATELY, not by 2025.”

NATO estimates that 15 members, or just over half, will meet the benchmark by 2024 based on current trends.

Brussels is the first leg of a weeklong European tour that will include stops in London and Scotland, as well as a highly anticipated meeting next week with Putin. 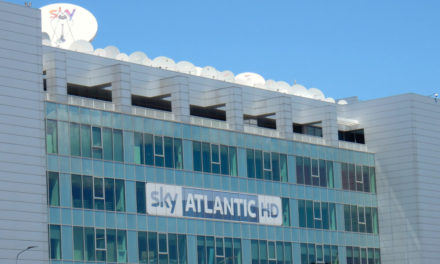