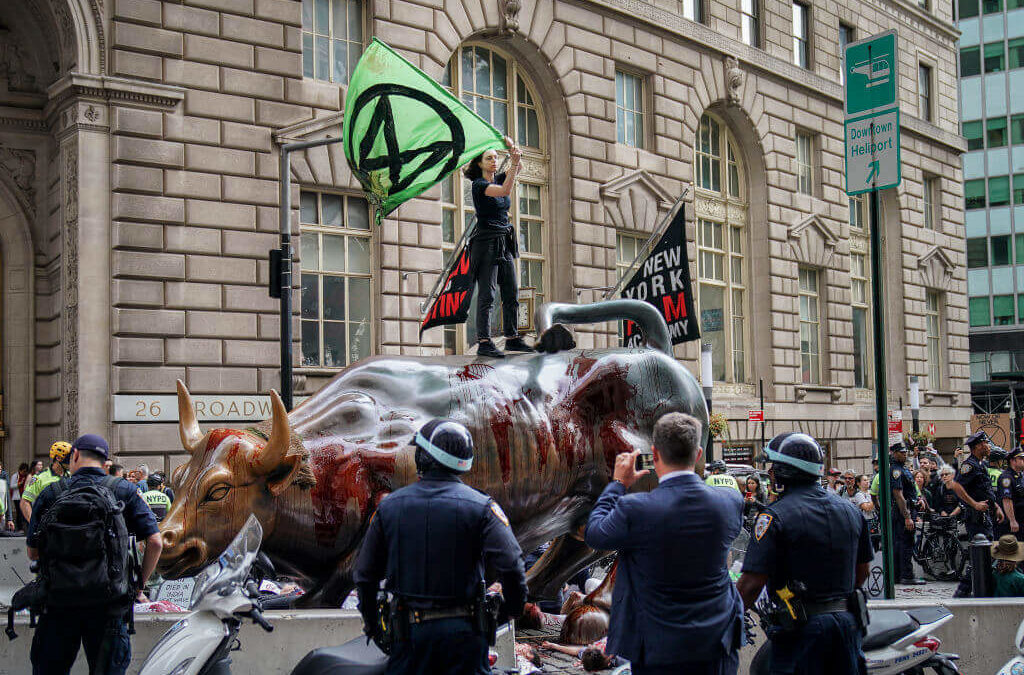 Wall Street’s iconic Charging Bull statue in New York City will be finding a new home as the current site has become a hot spot for liberal protests over the years.

Officials for the city are citing safety concerns as the main reason for the move and the location change has been in the works for a while now, the city said.

“The city is moving ahead with plans to move the bull to protect the safety of New Yorkers,” Jane Meyer, spokesman for New York Mayor Bill de Blasio, said, according to CNBC.

Sicilian artist Arturo Di Modica originally placed the 7,000 pound statue outside the New York Stock Exchange in December of 1989 without permission. After opposition from executives at the Exchange, the bull was moved to its current location in the Bowling Green near Battery Park and Wall Street.

Di Modica is opposed to another move, though.

“The bull has been in Bowling Green Park for nearly 30 years and it’s the perfect location,” Arthur Piccolo, a spokesman for the artist, said in an interview with The Wall Street Journal. “There’s no reason to move it now.”

The statue’s site has been a popular spot for controversial protests. Recently, a group of climate change activists calling themselves the “Extinction Rebellion” organized a “die-in” where protesters poured fake blood on the statue while others laid on the ground pretending to be dead (pictured with this story). One individual climbed atop the 11-foot-tall symbol of American capitalism and waved a bright flag emblazoned with the organization’s emblem.

The incident blocked tourists, and eventually the NYPD had to step in and arrest some in the crowd. Only time will tell if a move from the three-decades long spot will address some of these safety concerns, though.

In September, a man was arrested for attacking the statue with, of all things, a banjo, denting one of its horns and causing about $10,000 to $15,000 in damage.

The mayor’s office confirmed to NBC New York that the statue’s new location will be in a pedestrian plaza close to the Stock Exchange.