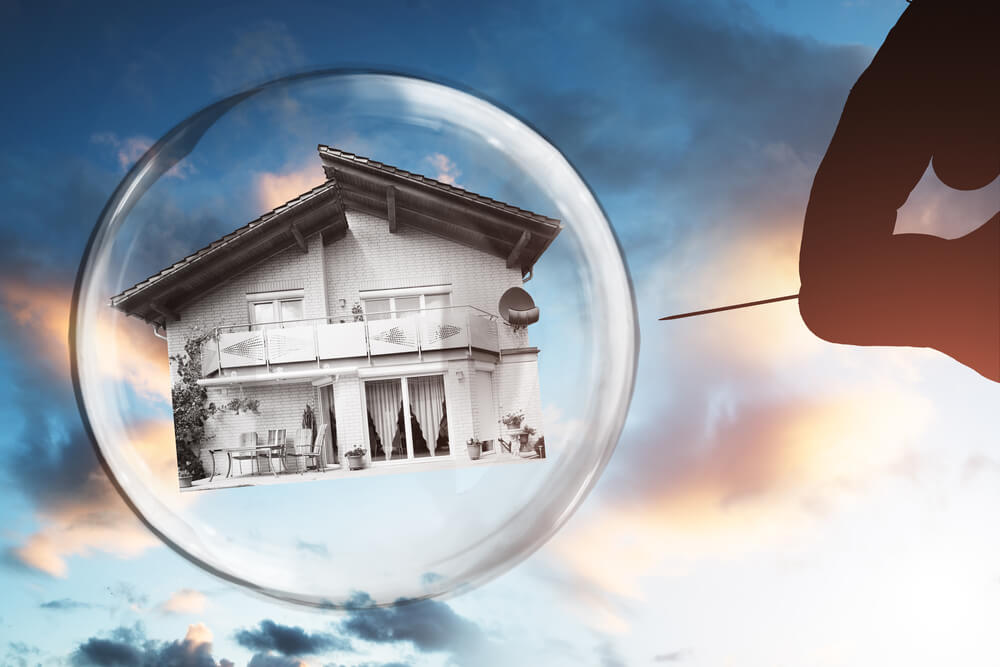 Bond yields and mortgage rates jumped again Friday after another strong jobs report, with the 30-year mortgage rate topping 5 percent for the first time in seven years, signaling the housing bubble could be about to pop.

Forbes contributor and Clarity Financial analyst Jesse Colombo noted the rise on Twitter, calling it the end of the second housing bubble, the last being just before the great recession in 2007.

“This is going to end Housing Bubble 2.0, which was never an organic housing boom, but a temporary boom fueled by artificially low interest rates. Much of our bogus economic recovery is predicated on Housing Bubble 2.0, so this is a worrisome development,” he tweeted.

This is going to end Housing Bubble 2.0, which was never an organic housing boom, but a temporary boom fueled by artificially low interest rates. Much of our bogus economic recovery is predicated on Housing Bubble 2.0, so this is a worrisome development.https://t.co/vXspHOLGX8

Considering many recessions begin as a housing bubble that has burst, this could be a harbinger of things to come regarding the economy.

Mortgage rates were already operating fairly close to long-term highs, but today’s move easily took them to new highs.  The average lender is now quoting conventional 30yr fixed rates of 5% for relatively ideal scenarios.  Those without a big down payment or without perfect credit/income can expect to see even higher rates.  Most lenders ended up recalling the morning’s initial rate sheets and reissuing higher rates at least once today.

There’s really no silver lining apart from the fact that the higher rates go, and the quicker they get there, the closer we get to the point that the economy slows down as a result.  When that happens, rates will begin to fall before just about anything else.  Unfortunately, the expected time frame for such things is incredibly wide (not the sort of thing you hope for if you need to buy/refi).  And yes… it’s also unfortunate that our one source of solace at the moment involves an economic downturn, but if you want low interest rates, that tends to come with the territory.