Home » News Updates » Op-Ed: Why Boomers, Gen Z Have More in Common Than Either Group Realizes

Op-Ed: Why Boomers, Gen Z Have More in Common Than Either Group Realizes 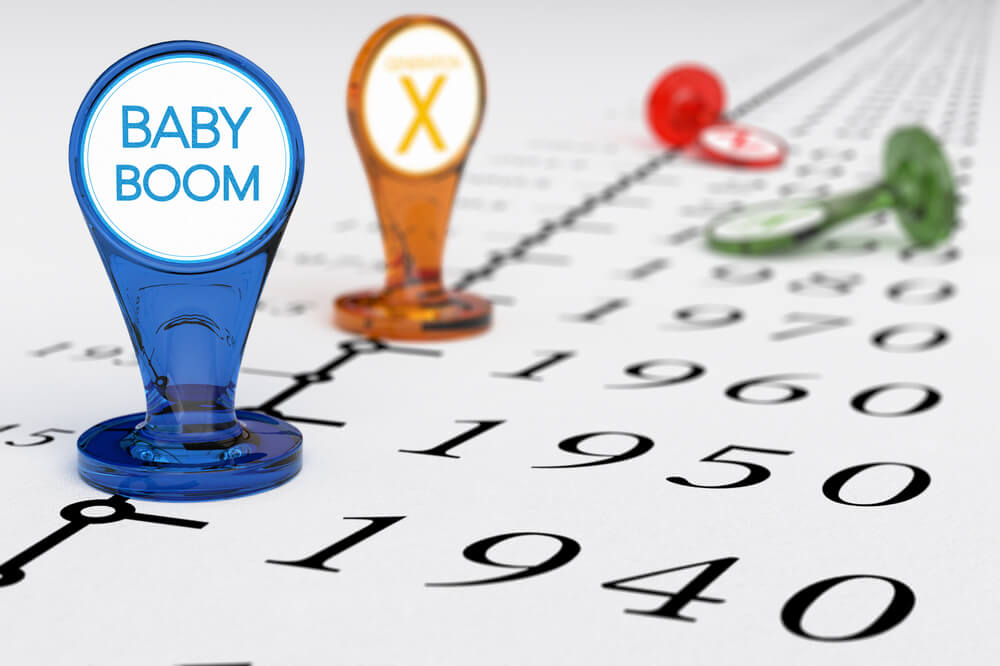 It might seem like a stretch to imagine that people from two generations roughly 50 years apart could have much in common, especially if you’ve been paying attention to the rancor indicated by “OK, Boomer” memes and hashtags making the rounds on social media.

But when you break down the forces that shaped these two generations and their responses — particularly in spending and money matters — it becomes clear that today’s young adults are turning out to be more like their parents and grandparents than anyone had anticipated.

Growing up in the shadow of massive economic downturn (baby boomers informed by their parents’ living through the Great Depression, and Gen Z seeing the Great Recession of the late 2000s) has made both age groups more careful with money than either of the generations between them. Whereas Gen X and millennials are still caught up in debt traps and trying to impress others, Gen Z and boomers are focusing on quality of life rather than the quantity of stuff. Here are seven traits boomers and Z’ers have in common.

Many baby boomers’ childhoods were colored by the effects of the Great Depression. Their parents lived through the deprivation of these difficult years and continued to live frugal lifestyles. They never carelessly spent money and continued their thrifty ways throughout their lives, making a lasting impression on boomer kids.

Likewise, during their recent childhoods, the eldest among Gen Z watched millions of people lose their jobs during the Great Recession that began in 2008. They also saw people lose their homes or sell them at a loss when the real estate market crashed at the same time. This, too, has clearly shaped their views on money, especially as they’ve seen so many millennials saddled with debt.

While boomers haven’t always been the most best savers, in recent years they have been jumping on the piggy-bank bandwagon thanks to changing lifestyle, family and health care dynamics. Similarly, Gen Z members have a head start with these very same goals as they’ve been hyper-focused on financial literacy, security and savings since Day 1.

3. Conservative With Their Cash

As boomers retire in record numbers, with about 10,000 leaving the workforce per day, they’re becoming more cautious with their money. The 2008 recession is still fresh in their minds, and they worry what the next few years may bring as financial talking heads have begun speculating about a fresh downturn around the corner.

Similarly, but for their own lifestyle reasons and limitations, Z’ers are the generation most likely to save for an expensive item and wait for a sale or discount to spend their cash. Both generations resist impulse buys, preferring to count their coins first.

Whether Gen Z’ers know it or not, they’re following the example of the baby boomers who marched and “sat in” to bring about social change. Gen Z members are turning out to be similarly concerned about the well-being of society and their fellow humans.

With the rate of natural disasters accelerating alarmingly around the world, Gen Z sees the writing on the wall and is seeking out knowledge that can help them stay safe and lend a hand in emergencies. Many are making an effort to acquire these skills through layperson training in CPR, first aid, or disaster response.

Millennials are big on seeking mentors. Gen Z? Not so much. Like boomers, who worked to change the world with their own pronounced DIY approach, Gen Z’ers prefer to tackle problems on their own and come up with solutions to fix them. For instance, thrifty and resourceful Gen Z members are buying fixer-upper homes, renting dumpsters to clean them out, and performing renovations themselves. They are far less likely to call a contractor than millennials or Gen X’ers.

Boomers grew out of economic depression and war to incite changes in human attitudes and values that resounded across the world. Similarly, despite the many messy global scenarios they’re inheriting, Gen Z displays a resilience and lack of cynicism that can bring us all hope. They are very much into social and financial justice, a clean environment, and fixing the wrongs in the world. Despite daily media reports of doom and gloom, Gen Z’ers are coming up with altruistic ways to fix things, much like boomers did decades before.

Gen Z quickly distinguished itself with retailers as the generation that’s big on browsing, but less so on buying. They’ll do extensive research online, seek out Groupons or other discounts, and comparison shop as much as they can before pulling out their plastic to buy something. And while technology has transformed how people purchase, Gen Z’s approach to spending is very much like what the boomers did at their age — except the elders shopped with paper coupons, collected trading stamps and watched for sales in store circulars.

Based on the experiences these two disparate generations have shared, it’s not surprising to see how pragmatic boomers and Z’s both are when it comes to managing their money. When you look beyond the “OK” hashtags and stereotypical feelings they display toward one another, it’s encouraging to see just how alike they are when it comes to surviving and getting ahead of life’s hardships.

By Ann Lloyd, for Money and Markets
www.studentsavingsguide.com