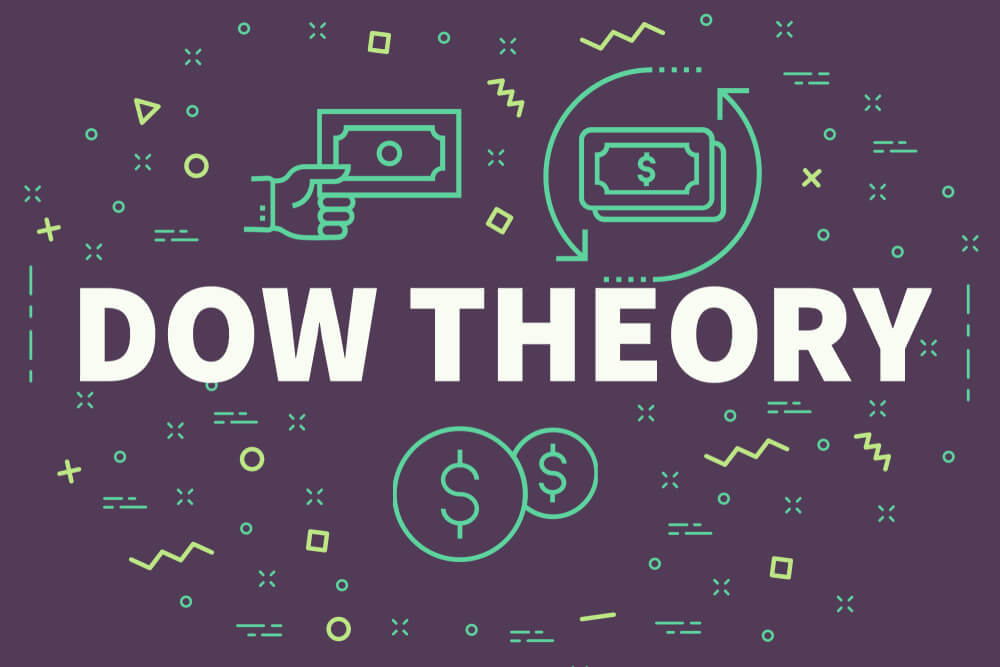 Are we in a correction or is this the beginning of the next bear market, ending a record bull market run spanning more than a decade?

Ever since the market saw record highs in September, it’s been mostly downhill and investors are struggling with whether to the bear has finally overtaken the bull.

The Dow Theory is a 100-year-old belief, created by Wall Street Journal editor William Peter Hamilton, that tracking the Dow Jones Industrial Average can provide clues about the future of the market.

And the Dow Theory currently suggests we are heading into a bear market, Richey says.

The Dow Theory is a market timing tool that is triggered when both the Dow industrials and transports close at a lower low after a lower high. Traditionally a Dow Theory sell signal is triggered in three phases, according to MarketWatch columnist Mark Hulbert: 1) when both the Dow benchmarks fall substantially from a recent high; 2)., when they fail to rally above that high, and 3)., when both fall below their recent lows.

The first flashes to emerge from technical analysis of the Dow Jones Industrial Average DJIA, +1.46% was after the Dow posted an all-time weekly ( high during the week of Sept. 21st at 26,743.50, according to Richey, “underscoring the bullish trend in the broad market.” Since then, the Dow has logged both a lower high the week of Nov.9 and a lower low when it closed out the week ended Nov. 23 at 24,285.95. Richey uses the weekly closing averages of the benchmarks in tracking Dow Theory formations, but many chart watchers use daily closes (see chart below): 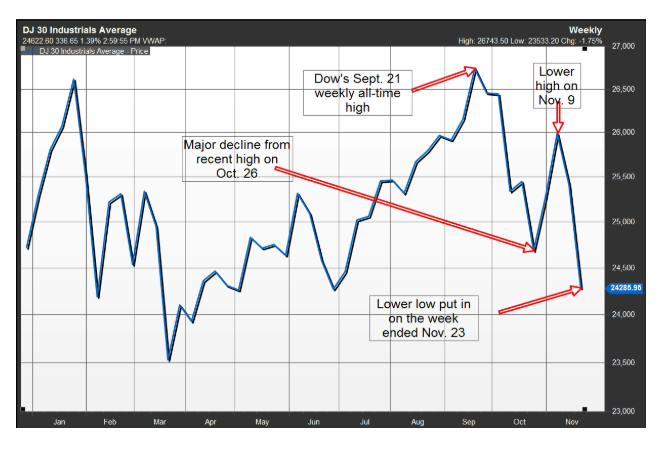 Meanwhile, the Dow Jones Transportation Average DJT, +1.04% also peaked at an all-time weekly closing high in September, before hitting a low on the year of 9,965.67, on the week ended Oct. 26.

Thus far, transports have rebounded in what looks to Richey as “a failed attempt to reach new highs,” before falling more than 2% over Thanksgiving week. “If Transports hit a new low in the coming weeks,” Richey said, then Dow Theory suggests that investors should prepare for, at best, a sideways moving market. At worst, it could signal that today’s market correction could evolve into a full-blown bear market, in short order.

Dow Theory has been “outmodeled” by some, many analysts say these signals are still worth monitoring for investors.

He points to 2015, when similar bear patterns formed in the Dow transports, which preceded eight months of volatility and a 12% correction in the Dow. “If investors had followed those signals in 2015 to get out, and buy signals leading up to the 2016 election to get back in,” they would have been saved a lot of pain in between, Richey said. 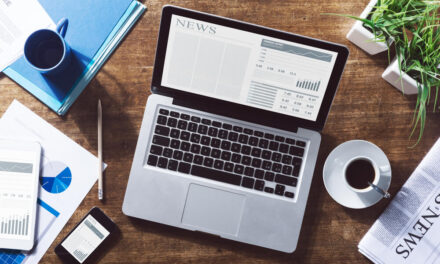 Poll: When Do You Catch Up on Financial Market News? 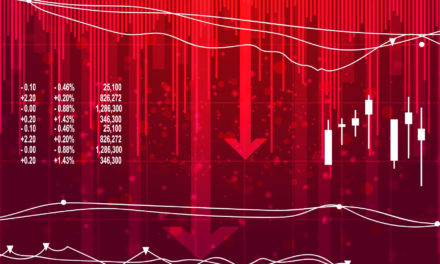 Can Anything Save the Choking Stock Market?