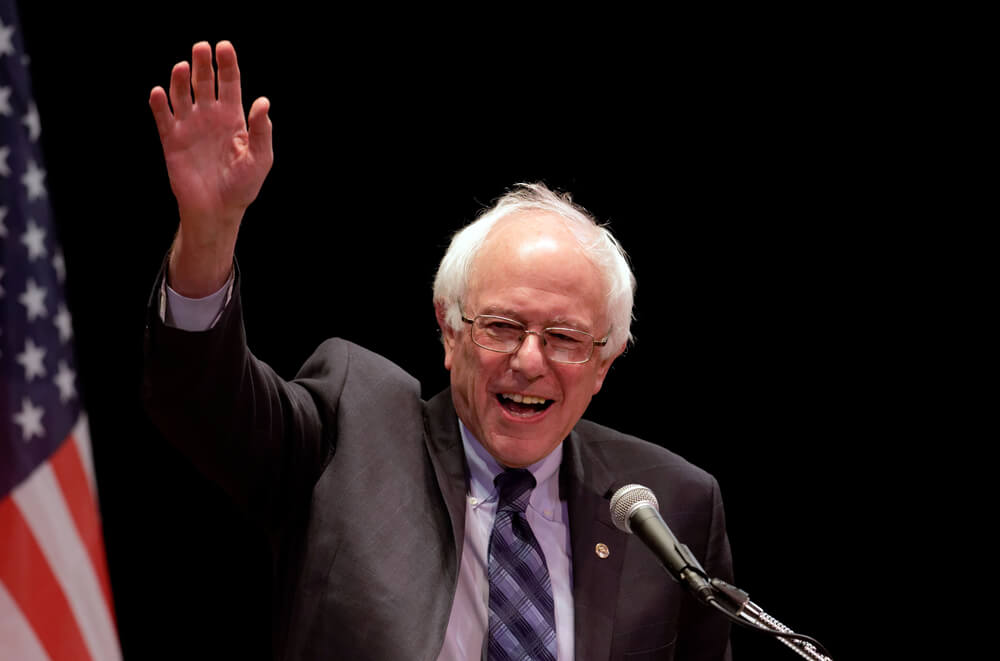 If you’re a billionaire, it sounds like a Bernie Sanders presidency would be an absolute disaster for your wealth, according to two economists advising both the Democratic Socialist Vermont senator and fellow progressive Sen. Elizabeth Warren.

The economists, Emmanuel Saez and Gabriel Zucman, also did the study covered here on Money and Markets last week that showed billionaires paid a lower tax rate than the working class for the first time ever in 2018.

Their latest news-making headline centers around the tax policies of Sanders and their calculations show that the 400 richest Americans, on average, would have an effective tax rate of 97.5%, which includes income and a wealth tax that would essentially set their family fortunes on fire under Sanders. 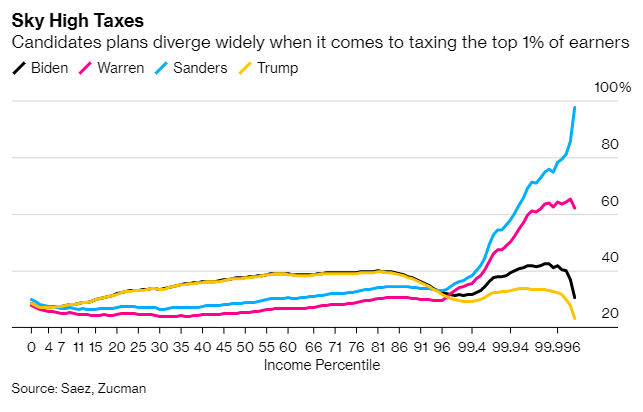 Sanders and Warren are both pitching high-priced wealth taxes that hammer the country’s richest families to pay for a number of social programs, like Medicare for All, among others, the candidates say will help address growing wealth inequality in the states.

Sanders says his wealth tax would cut the number of American billionaires in half in about 15 years.

“With the wealth tax, you get directly at the stock instead of hitting the flow of income, making it a much more powerful de-concentration tool than income taxes,” Saez said in an email to Bloomberg.

The economists’ calculations cover state, local and federal income taxes, and also treat health insurance premiums that individuals pay as a tax because those are the main drivers of income inequality in the U.S., Saez and Zucman said.

The ultra-rich would be wise to back the incumbent, Donald Trump, or vie for a Joe Biden presidency. Biden, the former vice president, also has a tax plan in place, raising the effective average tax rate to 30.6%, a fairly sizable increase from the current rate but still far below his more progressive arch rivals in the 2020 Democratic primary.

Basically, the entire field of Democratic candidates is calling for higher taxes on the wealthy, and the plans are largely quite popular among the masses. A recent Gallup poll showed that 62% of Americans say “upper-income” people don’t pay enough in taxes while the GOP-controlled Congress and Trump passed the Tax Cuts and Jobs Act in late 2017, effectively lowering a majority of Americans’ tax burden, of which the wealthy received a big benefit.