Home » News Updates » Bonner: Coming Soon to an Economy Near You …

Bonner: Coming Soon to an Economy Near You … 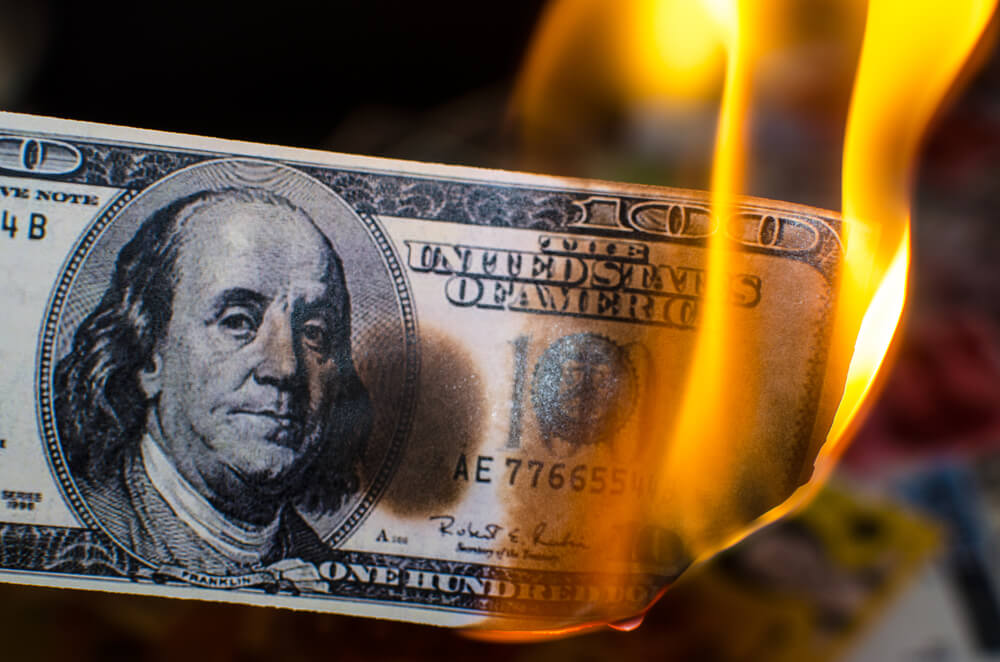 YOUGHAL, IRELAND — We’re exploring the old adage: What goes around comes around. And what we see coming around almost everywhere is inflation.

We make haste to explain that we’re not talking about common consumer price inflation, but about inflation of the money supply, which could show up almost anywhere.

In the interest of conserving the reader’s time, here is our hypothesis: All major economies are caught in an “Inflate-or-Die” trap … and what went around Zimbabwe, Argentina and Venezuela will be coming soon to an economy near you.

Central banks and governments are lowering rates, increasing deficits and finding ways to dodge debt limits. The idea is always the same — to increase the amount of money in circulation. And here’s the latest.

President Donald Trump said Thursday that he’s planning a tax cut directed at the middle class that will be announced in the next year.

“It will be a very substantial tax cut,” Trump told congressional Republicans at a retreat in Baltimore. He said the tax cut would be “very, very inspirational” without providing details.

Cutting taxes without cutting spending leaves both taxpayers and the feds with more money to spend.

Typically, this kind of inflation, via bigger deficits, produces a rush of prosperity as the new money floods through the arteries and raises wages, sales and business investment (all based on the illusion of more real demand).

Later, the money works its way back through the veins, producing the kind of consumer price increases that you see at the grocery store.

One of our recent insights in these diaries was that all stimulus efforts are merely different forms of fraud — all based on misleading consumers, investors and businesses with “inflation,” that is, with fake money that no one ever earned or saved.

Counterfeiting money is a do-it-yourself version of inflation. It is illegal … for good reason. It’s a fraud, pretending that this new money represents real wealth.

The only people who can get away with this sort of scam are those who work for the government; they claim their counterfeiting stimulates the economy.

The counterfeit money can be introduced into the economy in a number of different ways. In the U.S. over the last 30 years, it has mostly gone in through the monetary back alleys, like a thief, and mostly stayed in financialized assets.

Naturally, this was great for people who owned stocks and bonds. The top 10% of the population, for example, watched its wealth grow from about $20 trillion 30 years ago to about $75 trillion today.

During that same time, U.S. GDP rose only $15 trillion — which is about what the bottom 90% gained in wealth during that time.

Another way to look at it is to compare total household net worth to GDP. Typically, households have a total net worth equal to about 3.5 times GDP.

Now, the figure is over five times GDP. Households have about $30 trillion more, almost all of it owned by the 10% of richest families and almost all of it based not on increased real wealth (GDP increases), but on the aforementioned funny-money counterfeiting.

When you can make that kind of money doing nothing, it’s a hard habit to break.

So even with all its major bonds trading with below-zero yields, the European Central Bank (ECB) can’t resist.

Colleague Dan Denning, our coauthor on The Bonner-Denning Letter, comments:

The ECB is back in the funny-money game! Beginning November 1, the bank will begin revving up its QE (quantitative easing) program to the tune of €20 billion per month. It said it will buy “securities” with that €20 billion. It didn’t say what securities, though.

The bank also lowered the negative interest rate on excess deposits held by commercial banks from -0.4% to -0.5%. European commercial banks can park cash at the ECB. But they have to pay for the privilege of doing so. That price just went up.

But with rates already near or below zero, there’s not much inflation juice left in the monetary channel. Dan continues:

The lower the return on cash and savings, the more conservative and risk averse investor and bank behavior becomes. If central banks want inflation in consumer prices — in Japan, in Europe or in America — they’re going to have to raise rates.

We know at least one person who won’t like that idea: U.S. President Donald J. Trump. He wants a weaker dollar. A weaker dollar is the only way to a revival in U.S. exports, actual U.S. GDP growth above 3%, and the president’s reelection in 2020.

Sure enough, within minutes of the ECB announcement, Mr. Trump took to the tweet-o-sphere:

European Central Bank, acting quickly, Cuts Rates 10 Basis Points. They are trying, and succeeding, in depreciating the Euro against the VERY strong Dollar, hurting U.S. exports… And the Fed sits, and sits, and sits. They get paid to borrow money, while we are paying interest!

Mr. Trump aims for monetary inflation … fiscal inflation … and probably some types of inflation we’ve never even heard of.

Most likely, in the coming panic, he’ll get it.