Bonner: Nobody — Especially the Feds — Should Manipulate Interest Rates 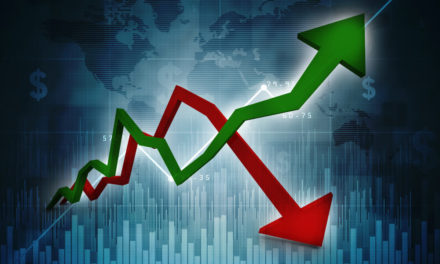 BALTIMORE — There are two sides to this debate. On one side are those few, lonely, marginalized fuddy-duddies — such as your editor — who think the human race is still subject to sin and error …

… and that every generation has its fads and follies that it takes for eternal truths.

On the other side, well, are Nobel prize winners … New York Times columnists … future perfectionists … dreamers, schemers and just about everyone else. They think we’ve entered a glorious New Era with no more need of honest money, free markets or balanced budgets.

Here at the Diary, we think nobody should be manipulating interest rates. Nor should the feds be allowed to counterfeit money … or manage the economy in any way.

We further believe that the whole financial experiment, beginning in 1971, in which fake money was substituted for real, gold-backed money … and all the manipulations and management gimmicks since then … will turn out to be nothing more than a giant scam.

But that’s not all. We also think that the nation’s economy is racing down that long, lost highway to Hell. And neither the technological wonders of the last 20 years, nor those of the future will meaningfully change the outcome.

It is the speed of these technological whizzes … and the regular innovations of a capitalist economy … that lead even sober, sensible, intelligent people to fantasize that negative rates … and huge debts … now “make sense.”

If this is so … what is the cost of carrying debt? Zero? No … It’s negative. In other words, who cares if you owe $40 trillion? In a negative interest world you get paid for borrowing. The more you borrow, the more you make!

Or, to put it another way … The risk of lending money out is greater than the risk of holding it in your own hot little hand.

Wait … You’re probably thinking, “This is just another sterile, theoretical squabble … Who cares?”

But don’t touch that dial. Because this goes to the heart of what’s happening right now. And it prefigures either a Brave New World of abundance … or, the same old world of ignorance and wickedness …

So, let’s pick up where we left off Thursday … with Paul Volcker’s departure from the Federal Reserve in 1987. His work done, and inflation tamed, Ronald Reagan replaced him as Fed chair with Alan Greenspan. Only a few months later, the stock market crashed.

Greenspan might have stood up straight, like Volcker, and let the chips fall where they may. Instead, he stooped to connive with Wall Street.

Greenspan made it clear that there was not only a new man at the Fed, but a new policy.

Henceforth, stock market corrections were forbidden. The Fed would fight every one with lower rates. And then, when those weren’t enough, it would roll out the heavy guns — quantitative easing (QE) … and now Repo Madness.

That is the current state of U.S. monetary policy. It’s “Inflate-or-Die.”

That’s why the Fed has flooded the repo (very short-term speculative finance) market with at least $200 billion in fresh funds since mid-September.

We remind readers that “inflation” refers to this increase in the money supply. It may or may not show up in consumer prices.

For the last 40 years, for example, it has mostly gone into stock and bond prices.

Take the Dow. It has gone up some 27 times, making the rich — who own more than 80% of the stock market — richer. The New York Times:

A whopping 84 percent of all stocks owned by Americans belong to the wealthiest 10 percent of households. And that includes everyone’s stakes in pension plans, 401(k)’s and individual retirement accounts, as well as trust funds, mutual funds and college savings programs like 529 plans.

“For the vast majority of Americans, fluctuations in the stock market have relatively little effect on their wealth, or well-being, for that matter,” said Edward N. Wolff, an economist at New York University who recently published new research on the topic.

If we’re right, “inflation” will continue … and eventually roll over, from Wall Street to Main Street.

Then, ordinary households will face not just relatively lower incomes … but higher consumer prices too.

And the Democrats are no better. Some estimates of Elizabeth Warren’s Healthcare for All program, for example, top $50 trillion over the next 10 years.

Where would that money come from? It would have to be “printed.”

So, no matter who wins the next election, you can expect super-low (perhaps even negative) interest rates, super-high deficits, record levels of debt and a growing Fed balance sheet (as they inflate the money supply by buying bonds … and maybe stocks … with money they create for that sole purpose).

The administration expects the national debt to hit $30 trillion by the end of the ’20s. Our own guess is that it will be more like $40 trillion.

Which brings us back to our debate: Brave New World … or Winter Is Coming?

Tune in next week … 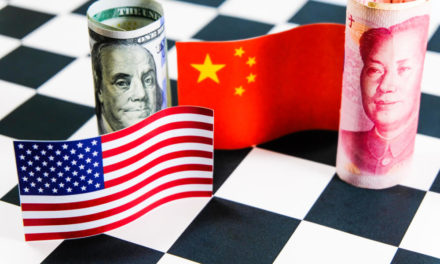 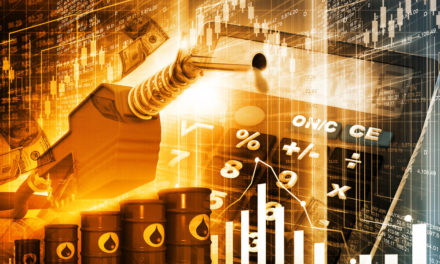