Bonner: How the Feds Trashed Americans’ Pursuit of Happiness 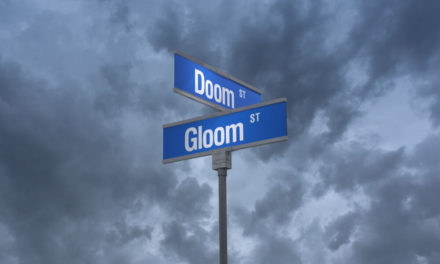 PARIS, FRANCE — “A noiseless course,” is what Thomas Jefferson proposed to the nation in 1802, “not meddling with the affairs of others, unattractive of notice, is a mark that society is going on in happiness.”

Two hundred and sixteen winters have come and gone since that sage advice was offered. As we approach the next one, it might be time to wonder: Huh?

You’d think that those two centuries would have given us plenty of time to practice.

If Jefferson’s counsel were basically right, and we had been paying attention, by now we’d be so far advanced in happiness that there would be a smile on every pair of lips.

And yet, looking around, we see frowns and scowls … turned-down mouths … pouty, sulky, angry … and most of all … obnoxious.

What went wrong is our subject for today. But it is so obvious, we scarcely need to mention it. You, Dear Reader, already know the answer.

Almost immediately after taking office as America’s president in 1801, Jefferson himself began to make noises. It was the Barbary pirates from Tripoli (in what is now Libya) who vexed him. He sent the U.S. Navy … and the Marines … to reckon with them.

Bryan Boru O’Bannon had been born in Tipperary, Ireland, in 1680. It is said that he “fled” to the American colonies. No one knows what exactly he was fleeing from. But the English had made a helluva commotion in Ireland — punishing the local Catholics with restrictions and indignities.

O’Bannon saw his opportunities on the other side of the wide Atlantic. Then, his grandson, Presley O’Bannon, saw his own opportunity in the military service of the new nation, the United States of America.

It was this Presley who is credited with the first victorious battle of the new nation — the key battle of the First Barbary War.

With a tiny attachment of six Marines and two midshipmen, he somehow rounded up 500 mercenaries and marched the whole crew along the Mediterranean coast, from Egypt “to the shores of Tripoli.” There, he prevailed, and seeing his eastern flank falling to the enemy, the Pasha — the ruler of Tripoli — was ready to settle.

Since then, America has moved on to greater and greater battles, more glorious victories … and, alas, much more oom-pah from the brass section. And the happiness of the americanos has ebbed and flowed with their fortunes — both in war and in commerce.

As to the latter, it took less than a century for the nation that Jefferson had addressed in 1802 to rise to the top. By the end of the 19th century, the U.S. had the world’s biggest economy … still growing at an average of about 4% to 5% per year.

To what do we credit such success? As they say, success has many fathers. And many things have claimed paternity: The new nation was protected by two great oceans … it was quick to take up the key elements of the Industrial Revolution, coming mostly from England … while it avoided the Napoleonic Wars.

With no customs barriers or trade wars between the member states, it enjoyed the biggest free-trade zone in the world. And it benefited from the immigration of people such Bryan Boru O’Bannon, who brought the ideas, energy and capital the young economy needed.

Most of all, it probably benefited from a general quiet. Except for a disastrous War Between the States, the politicians mostly kept their mouths shut.

But wealth brings power … and power corrupts. And here is where the orphans appear. How come so many glum faces?

Before the 19th century had adjourned, the noisemakers were already hooting and hollering, led by one of the biggest loudmouths in American history, Teddy Roosevelt. And by the time the Spanish-American War was over, the U.S. had its own imperial possessions — in Cuba, Guam and the Philippines.

The poor Filipinos at first thought they had been liberated from Spain. They soon discovered that the yanquis had other plans. The population fell by a million people in the war that resulted.

The noise increased at home as well as abroad. A central bank was created in secret … and then passed into law on the day before Christmas Eve in 1913. The gold-backed dollar had lost not a penny in the previous century. In the next century, with the Federal Reserve to protect it, it lost 96% of its value.

In 1913, also, then-President Theodore Roosevelt backed an amendment giving the U.S. government an almost unlimited claim on the earnings of its citizens. The amendment allowed an income tax, which the feds could set at any level they wished.

This is what funded the Deep State (until the Fed took over much of the burden in the late ’80s), which uses the revenue … and the tax system … to punish its enemies and reward itself. And here we quote ourselves from about 20 years ago:

Even attempts at reform are out of control. A “technical corrections” bill exceeds 900 pages of adjustments. In fact, by the beginning of the twenty first century, the tax codes exceeded 7 million words, about nine times longer than the Bible; and the IRS was sending out about 8 billion pages of forms and instructions every year — at the cost of about 300,000 trees! All this effort translates to about 5.4 billion hours spent every year by Americans just complying with the tax rules.

After the “Revolution of 1913” — which included another constitutional amendment stripping the states of their power to select the senators who were meant to represent them — the decibel level rose. And today, the U.S. is the noisiest of the world’s nations.

Its president believes it is up to him to decide with whom its people trade or fight, and on what terms. Its Congress believes it has the right to tax and spend, as much as it wants, even if it leads, mathematically and inevitably, to bankruptcy. Its candidates for president — each trying to outdo the others — come up with delusional promises that can’t possibly be kept.

And its money — which we drearily follow here at the Diary — is an off-key racket. It is as if Americans thought they could increase their happiness with more noisy meddles … and more fake money.

The gods must weep. As for us, we cover our ears. 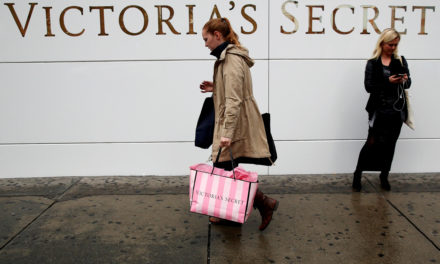