Baby Boomer Says ‘Sorry, Millennials’ for Breaking the Economy — and the World

Millennials are reportedly fed up with the world that baby boomers and older generations are leaving them with, and at least one boomer is ready to apologize.

Observer columnist Jonathan Russo describes himself as a “primetime (1951) boomer, who just relished his 50th high school reunion” in his latest piece that lays out the “degraded environmental, economic and social legacies” his generation is leaving for the younger group of millennials and even Generation Xers.

A Boomer’s Apology for the Economy

Russo paints a pretty idyllic picture of life in the early 1970s. After college, that was only $1,200 per year, he managed to land an advertising job at a top firm in New York while paying only $100 per month to split a Manhattan loft with one other person.

Times have changed, and Russo admits to the younger generations that “we have left you with nothing but a struggle.” Skyrocketing student debt paired with higher costs of living across the board have created an unsustainable environment. A report from The Financial Times shows that 1% of people age 20 to 29 control 76.8% of the wealth in that age group. 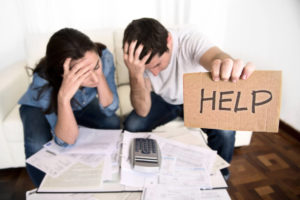 The columnist points to the wealthy and their lobbyists, who make the corporate monopoly and tax rules which forces everyone “to buy our assets — houses, stocks, bonds — at super high prices.”

And economic growth isn’t what it used to be. Russo points to 2% GDP growth that “is the new norm” despite “unsustainable trillion-dollar deficits.”

If you’re lucky, Russo argues, you’ll inherit some of the $68 trillion in wealth that will trickle down over the coming decades. And he has an idea of what to do with that money.

“Ironically, Morgan Stanley estimates it would cost almost this much to stop global warming,” Russo wrote. “Perhaps you should put that inheritance into green investments to save the planet and yourself!”

As the 2020 election season ramps up, Russo isn’t surprised that progressive candidates like Bernie Sanders and Elizabeth Warren, who have proposed massive wealth taxes to fund social programs, are so popular among the younger generations.

“You could look at their platforms as a “claw back” for all of the policies we wrote to enrich ourselves, at your expense,” Russo wrote to the younger generations.

A Boomer’s Apology for the Environment

Russo doesn’t beat around the bush on this one with a simple two-word statement: “You’re screwed.” 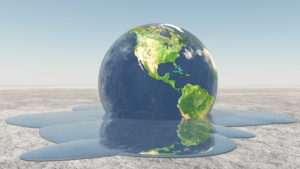 He points to many prophecies like the 1973 film “Soylent Green,” and the 1971 best-selling book “Diet for a Small Planet” that tried to warn everyone about the greenhouse gas effect on the atmosphere and what industrially processed foods were doing to the planet. And what was the outcome?

“On every environmental measure, we failed to leave you a livable, sustainable planet,” Russo wrote.

And on another note, Russo thinks that current policy is moving much too slow (and in some cases backward) when it comes to human rights.

“To summarize: The inheritance we Boomers are leaving you is a hotter, nastier planet on which you will struggle to have a nice life, while fighting for human rights that should have been granted a half-century ago.”

Read the full opinion piece from Russo on Observer.com.

Editor’s note: Russo has some pretty hot takes on why millennials and Gen Xers will struggle in the coming years after what baby boomers have supposedly done to the environment and economy. Do you think he is spot on, or is he off his proverbial rocker? Share your thoughts below.

Is Duke Energy Stock Worth a Look?