Home » News Updates » Brodrick: What Wall Street Doesn’t Want You to Know about Gold … and Silver!

Brodrick: What Wall Street Doesn’t Want You to Know about Gold … and Silver! 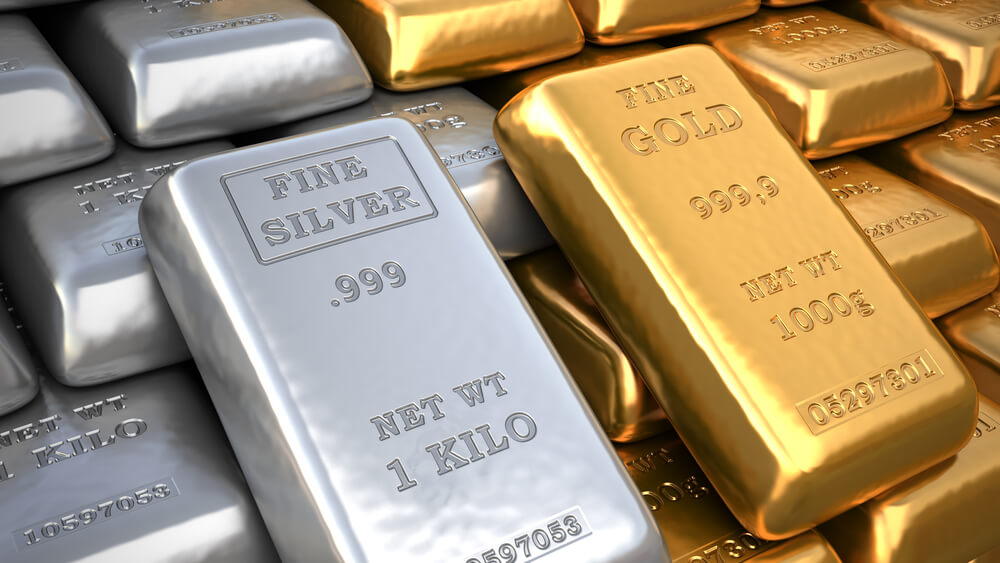 There’s a problem with gold and silver.

It’s not that no one wants to buy them.

They have the exact opposite problem …

The heavy-hitters on Wall Street are already backing up the truck.

Here’s the little secret they don’t want you to know:

I have two charts to prove my point.

Globally, gold ETFs are buying the metal hand over fist. In fact, gold ETF holdings just hit an all-time high. Those holdings are up 13.4% so far this year. 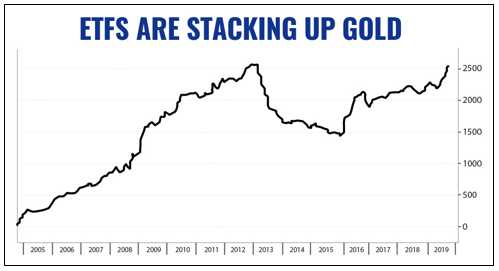 ETF holdings of gold surged by 75.2 metric tons (2,417,736 troy ounces) in September alone. These funds are buying so much gold that their holdings of the metal have surpassed the record set in late 2012. That’s when the price of gold soared to almost $1,700 per ounce.

Demand in Europe is driving this. European-listed gold ETF funds make up 44% of global holdings. That continent is reeling from fears over Brexit (Britain’s planned exit from the European Union), rising recession risks, negative interest rates on government bonds, an influx of refugees and more.

On this side of the Atlantic, worries are intensifying about trade wars, global growth and central banks that look ready to print fiat currency from here to eternity.

The minutes of the last Federal Open Market Committee (FOMC) meeting, released last week, show that the Fed is growing MORE fearful about the economy.

That means they’re likely going to keep cutting for the rest of the year.

And in a Q&A session after a speech at the National Association of Business Economists in Denver, Fed Chair Jerome Powell announced that the central bank would soon EXPAND its balance sheet, in a bid to stop the squeeze in short-term rates that spooked markets a couple weeks ago.

He says it’s not quantitative easing. Oh really? That sure SOUNDS like QE to me.

So, worried investors are going for the gold. After all, you can’t print gold.

It’s no big surprise that Citigroup (C) just restated its forecast for gold to hit $1,700 an ounce in the next six to 12 months.

To which I say, “You better raise your target, buddy.”

This Metal Will Outshine Gold

But here’s the thing …

Sure, I’m bullish on gold. I have eyes. I can see the trading action. But considering what’s happening in silver, I’m even MORE bullish on that metal. 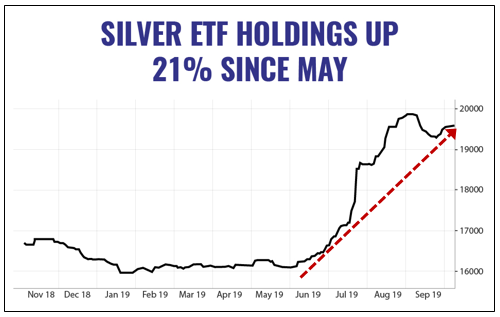 Look at that surge. Just look at it! The amount of silver held by ETFs is up a stunning 21% since May. So far this year, ETFs have added 105.7 MILLION troy ounces of silver to their holdings.

The same forces that are driving gold are also driving silver, only more so. In my Oct. 5 column, I explained how silver is the drama queen of the precious metals.

Silver overdoes gold’s percentage moves on the upside and the downside.

That means in a real bull market, silver leads the way. And with the Fed ready to cut again and again … with central banks around the world venturing deeper into the uncharted waters of negative interest rates … with recession fears rising … silver AND gold could go higher than many imagine possible.

Have you heard anyone on Wall Street talking about this? Heck no!

They’re quietly adding gold and silver to their own portfolios, expecting to leave you holding the bag when the proverbial poop hits the fan.

We’re in a real bull market now. You’d best prepare for it.

Both the SPDR Gold Shares (NYSE: GLD) and iShares Silver Trust (NYSE: SLV) are good places to start. But individual miners, leveraged to the metal, will give you the most bang for your buck.