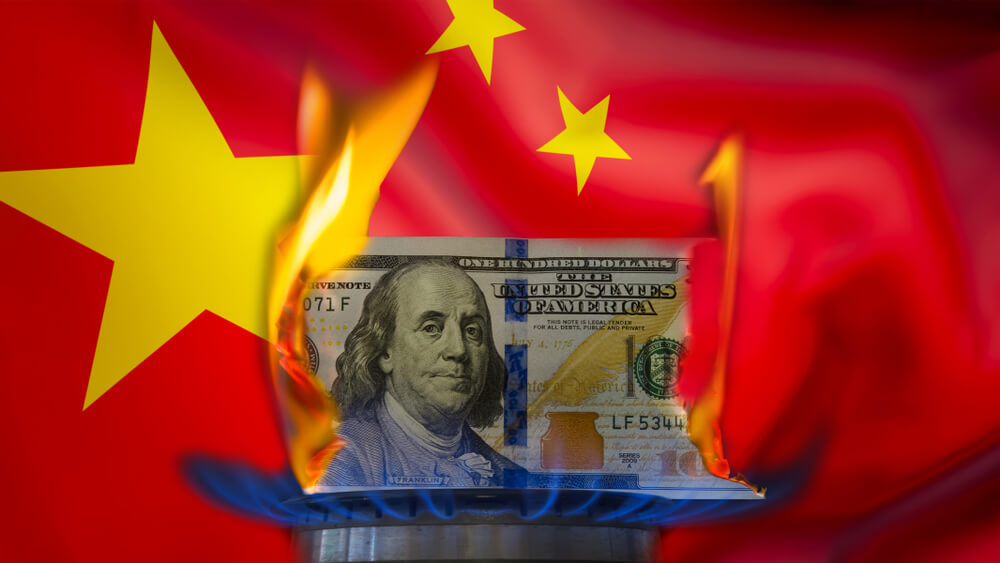 China is the second largest economy in the world.

It’s the engine that has driven most of the world’s economic growth since the debt crisis of 2008.

And now it’s sputtering. But American investors still don’t see it. They don’t seem to realize that it could …

Nor do most American investors understand the enormous profit opportunities this creates. But …

China investors already see the handwriting on the wall. 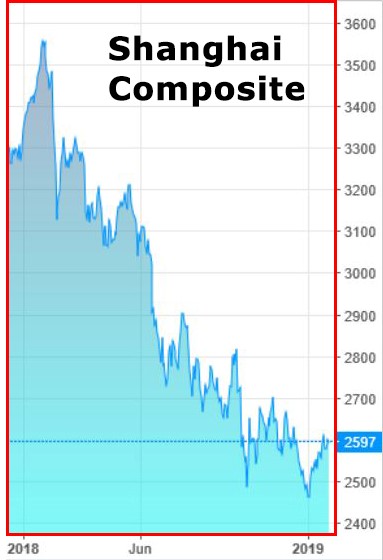 They’ve voted with their dollars, and their verdict spells disaster:

The China Shanghai Composite Index began crashing one year ago.

And it has continued mostly down ever since.

Plus, some investors are also looking beyond the obvious:

The Shanghai Index crashed from nearly 5,200 to 2,600 in seven months flat, never staged more than a wobbly recovery, and has now plunged anew.

China’s getting killed by the after-effects of Mao’s one-child population control policy.

For nearly four decades, families were forbidden from having more than one child. As a result, China’s working-age population has been shrinking since 2014 (the year before the crash).

And already, manufacturers are getting hit with labor shortages, surging wages, even worker rebellions.

Never forget: It’s manufacturing that turned China into the economic juggernaut of the modern era. Now this powerhouse is getting killed.

The New Silk Road, the world’s largest public works project, is a bubble.

Beijing has poured trillions into this grandiose enterprise, formally called the “Belt and Road Initiative,” or “One Belt, One Road.” But now, the U.S. and its allies in Asia have concluded that it’s mostly a thinly veiled strategy to exert influence over countries from East Asia to Western Europe.

Instead of lining up to make deals with China, many are running the other way.

In a single generation, nearly a half-billion people rose from abject poverty to a middle-class standard of living. They got used to making decent wages, owning property, driving cars, buying expensive gadgets. And they entered into an unwritten contract with their leaders in Beijing:

“Keep the money coming, and we’ll let you run the country.”

But now that contract is in peril.

Is the U.S. stock market on its last legs?

Is there any chance the reopening of the government will end the Civil War in Washington?

How will an economic tragedy in China impact your portfolio?

What can you do to protect yourself from a bear market, and even turn it into a profit opportunity?

We provide the answers in our urgent briefing at 2 p.m. Eastern time on Tuesday, Jan. 29.

If you wish to join, register here. It’s free, and it only takes one click. But today’s your last day to do so. 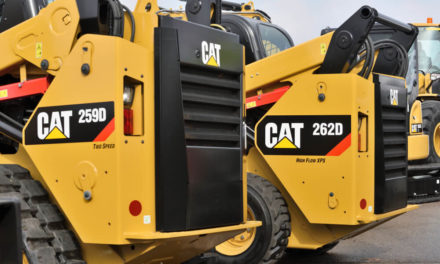 Stocks Slide as Slow Growth in China Weighs on Earnings