The Federal Reserve finds itself in an unusually delicate spot as it considers how much more to try to stimulate an economy that’s still growing and adding jobs but also appears vulnerable.

“It’s not a slam dunk this close to the meeting, one way or the other.”

As it considers a potential interest rate cut at its meeting next week, a string of complicated questions is clouding the Fed’s outlook.

Will a U.S. manufacturing sector that is essentially in recession weaken the rest of the economy? Will a shaky truce in the U.S.-China trade war hold? Will Britain avoid a possibly calamitous no-deal Brexit? Is Europe on the brink of a downturn? Can the Fed finally manage to lift annual inflation up to its 2% target?

Compounding the Fed’s difficulty is the nature of its rate cuts. They’re intended to avert a slowdown that could sink into a recession rather than revive an already-ailing economy. In such cases, it’s hard to know when rate cuts have been sufficient. Rate changes typically affect an economy only over time.

The danger is the Fed might miscalculate and either fail to cut rates enough to energize the economy or push them too low and inflate a bubble in stocks or other risky assets.

“Calibrating that is tricky,” said Julia Coronado, chief economist at MacroPolicy Perspectives. The Fed’s interest rate cuts are “not based on actual deterioration” but “on the potential for deterioration if you don’t act.”

The question of whether to cut rates comes against an economic backdrop in which inflation and borrowing rates remain historically low even after a record-long 11 years of growth as well as low unemployment.

The Fed is facing all these challenges while also absorbing public attacks from President Donald Trump, who has regularly excoriated Chairman Jerome Powell’s leadership and the central bank’s decision not to cut rates earlier and more aggressively.

The Fed has also recently had to buy billions in Treasury bills to inject cash into short-term money markets after concluding belatedly that it had let too much funding drain from those markets and caused short-term rates to temporarily surge above its target range.

Next week, the Fed is widely expected to cut its benchmark short-term rate to a range of 1.5% to 1.75%. The goal would be to help safeguard the economy from uncertainties caused by Trump’s trade wars and from a global slowdown and to boost inflation. In speeches in the past month, Fed policymakers, including Powell, Vice Chair Richard Clarida, and New York Fed President John Williams have done little to dispel those expectations.

Still, some analysts say the Fed could end up holding off on a rate cut. The economy still appears largely healthy, with the unemployment rate at a 50-year low of 3.5% and a still-solid pace of consumer spending. Inflation, too, has been edging up toward the Fed’s 2% target.

Eric Rosengren, president of the Boston Federal Reserve, has suggested that the economy is “very close” to meeting the Fed’s dual mandate of full employment and stable prices. Rosengren dissented from the Fed’s two previous rate cuts.

“It’s not a slam dunk this close to the meeting, one way or the other,” said Diane Swonk, chief economist at consulting firm Grant Thornton.

Indeed, despite the economy’s overall strength, some signs of weakness keep emerging. Last week, a report on retail sales showed that Americans slightly reduced their spending at stores and restaurants in September. And an already weak gauge of manufacturing output also fell — and only partly because of the strike at General Motors.

The U.S.-China trade war has left many U.S. businesses reluctant to invest in facilities and equipment without a clearer picture of whether or how the conflict may be resolved. The two countries may formalize an initial agreement by next month, when Trump and China’s President Xi Jingping are to meet at an international conference in Chile.

The two sides reached a temporary cease-fire this month when China agreed to buy more agricultural goods from the U.S., and the Trump administration suspended a planned tariff increase. The White House is still set to impose tariffs on $112 billion in Chinese goods Dec. 15.

Fed policymakers “are hearing a lot from their business contacts about uncertainty,” Coronado said. “They’re not retrenching in payrolls, but they’re not committed to growth either.”

Market-based measures of inflation expectations have dwindled to exceedingly low levels. This has raised alarms among economists and policymakers that the Fed will find it even harder to achieve its 2% inflation target in the future.

“By some measures, inflation expectations — which are a key determinant of actual inflation — have slipped further this year and today are at uncomfortably low levels,” Charles Evans, president of the Chicago Fed, said last week.

Evans said that while he still thinks the Fed will reach its inflation target over the next couple of years, “achieving these outcomes will require more accommodative monetary policy.”

The slumping global economy, with its potential to infect the United States, is another concern for the Fed. The International Monetary Fund foresees global growth slowing to 3% this year, which would be the weakest showing since 2009, when the world was in the grips of the financial crisis.

China’s economy is decelerating in part because of Trump’s trade war. And Germany, heavily dependent on exports, is nearly in recession as its shipments to China have flagged.

Fed policymakers are sharply divided between those most worried about an economic slump and others seemingly more concerned that further rate cuts could fuel dangerous asset bubbles. At last month’s meeting, 10 participants signaled opposition to further rate cuts, though not all are voting members of the Fed’s rate-setting committee. Seven others signaled support for another cut.

Ethan Harris, global economist at Merrill Lynch, cautioned that while Fed officials have often referred to weaker global growth, it’s unclear how much weight this carries in their decision-making.

“We’re kind of in a very foggy communication right now about what is exactly driving the policy,” he said. 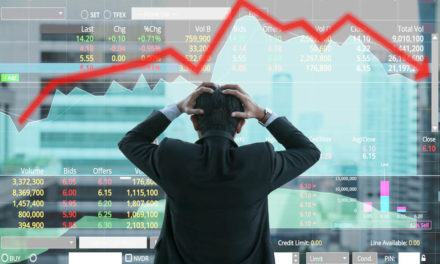 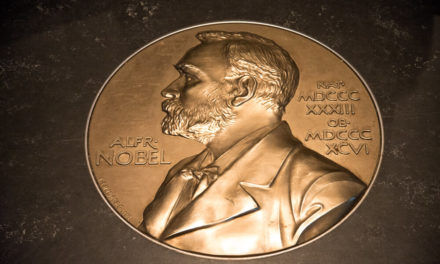 Bonner: The Nobel Prize in Economics Is a Joke and So Are the Winners