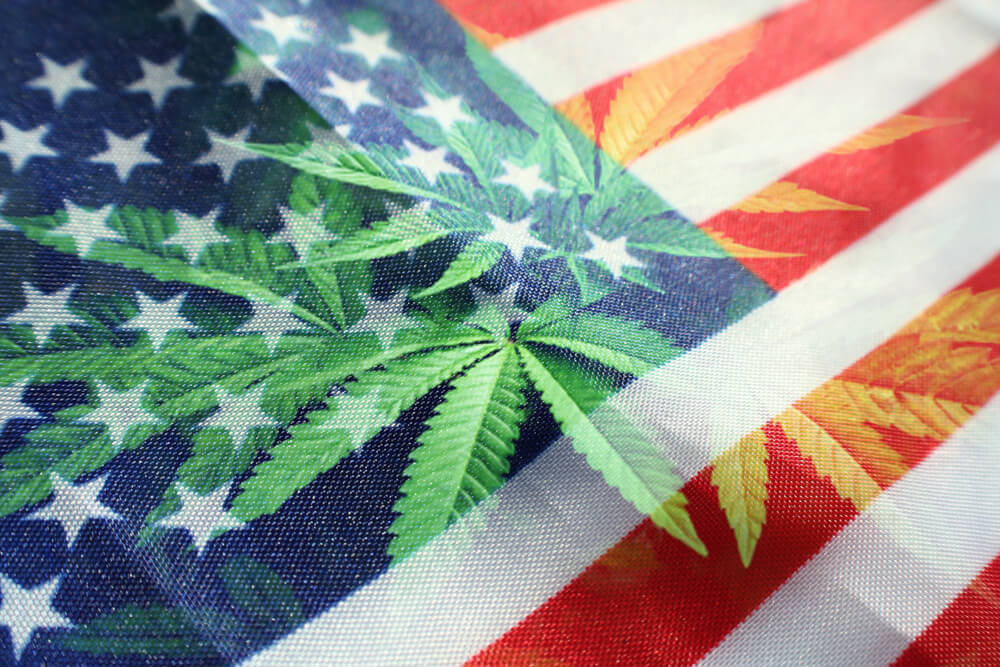 In today’s Marijuana Market Update, I:

Reps. David Joyce of Ohio and Don Young of Alaska filed a bill to remove marijuana from the Controlled Substances Act. This gives banking protections to the industry. Plus, all military veterans can access state-legal marijuana programs.

The House voted to pass the Marijuana Opportunity, Reinvestment and Expungement Act in December, but with a new Congress seated, it’s restarted the legalization process.

The House already passed cannabis banking reform in January. This new bill from Joyce and Young is another piece of that puzzle, alongside a reform bill in the Senate.

A bill like Joyce and Young’s goes a long way toward legalizing marijuana, but some advocates are concerned it doesn’t contain any social justice reform (expunging marijuana offenses from criminal records, for instance).

Now, the news of this latest federal effort prompted me to look at how states are moving forward with cannabis legalization.

The above chart shows where recreational marijuana usage is legal. South Dakota is still a question mark as the state’s Supreme Court recently heard arguments challenging voters’ approval of adult-use back in November.

Other states have been proactive:

These bills have a long way to go before they become law.

However, states seem to be moving faster to legalize medical and adult-use cannabis than the federal government is.

Last week, I asked you all a question that Robert sent in.

He said he had five brokerage accounts but couldn’t buy OTC stocks.

Thanks for all your responses!

JPMorgan offers almost all of the pot stocks, including the ETFs. I own Planet 13, GRAMF and all the U.S. pot stocks. Check there.

I can buy OTC stocks from Fidelity and Charles Schwab. Have had no problem. Schwab has the ability to buy from other markets like Taiwan, as they have a foreign exchange.

TD Ameritrade allows OTC purchases, but they charge $6.95 and only purchase as a limit and not on market price.

So, Robert, I hope that answers your question. Please make sure you research all these suggestions to make the best decision for you.

Now, I want to talk about some news surrounding a Money & Markets Cannabis Watchlist stock. 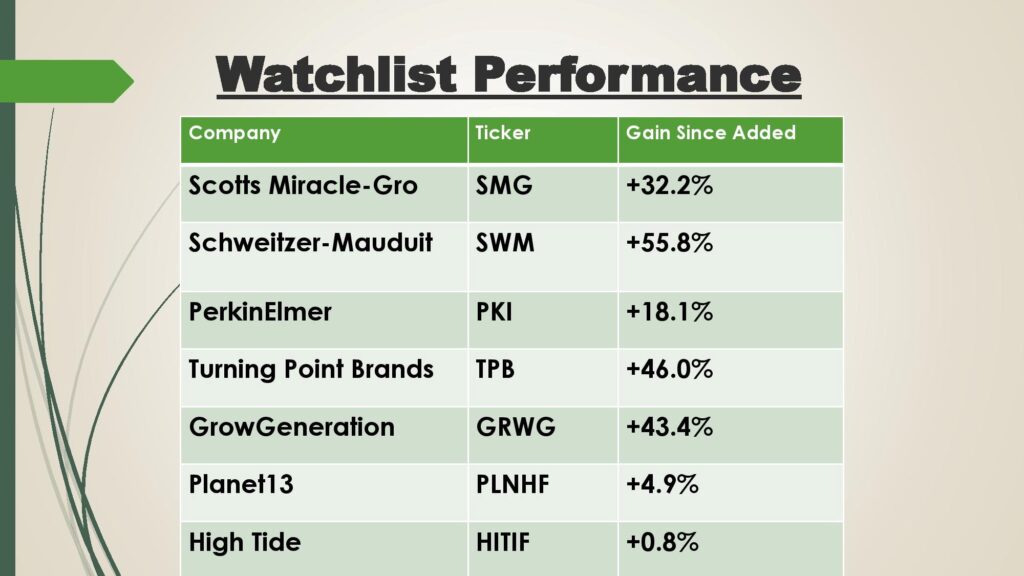 David emailed my team and me to ask:

I have a question about HITIF and its stock consolidation. I believe it is something that has to be done so it can list on a stock exchange, but I’m not exactly sure how this works and how it might affect the stock price. Can you explain how this works?

First, thank you for the question! I recommended High Tide Inc. (OTC: HITID) for our Cannabis Watchlist in March.

At the time, I knew that the Canadian company was pursuing a listing on the Nasdaq.

On May 12, the company announced a 15:1 share consolidation, meaning, every 15 shares of High Tide stock you owned would be consolidated into a single new share.

This is because major stock exchanges have share price requirements. Before the consolidation, High Tide traded around $0.60 per share — well below the Nasdaq requirement.

If you owned High Tide stock before the consolidation, nothing changed except the number of shares you own. For every 15 you owned before, you own one.

You might also notice that the OTC ticker symbol changed from HITIF to HITID.

After the consolidation, the price dropped, but it’s already started to rebound.

On a side note: High Tide was recently added to the Cannabis ETF (NYSE: THCX).

The exchange-traded fund invests in the stocks of companies operating across legal cannabis-based pharmaceutical and consumer wellness sectors.

Formed in 2019, it tracks the Innovation Labs Cannabis index, and 33 stocks comprise the ETF.

High Tide hopes to list on the Nasdaq later this month under the ticker HITI. I’ll keep you updated.

Green Zone Fortunes co-editor Charles Sizemore also has a weekly series called Investing With Charles, where he breaks down dividend investing each week. 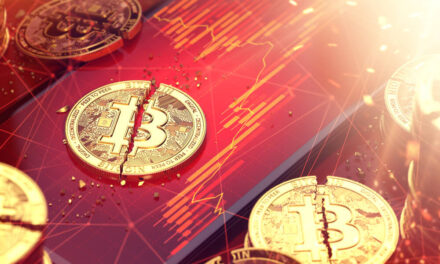 The Great Crypto Crash: What to Do After Bitcoin’s 40% Fall 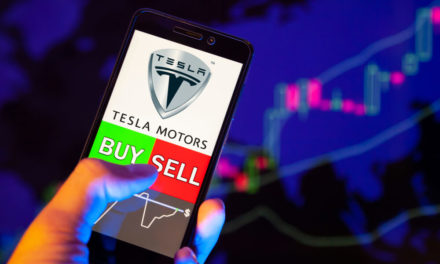 What a $500M Bet Against Tesla Means for This Bubble Market