Business owners are reporting that jobs are hard to fill. Yet, millions of workers remain unemployed. While there has been some economic adaption, unemployment is a hotly debated problem. Some blame enhanced unemployment benefits that total $300 a week in many states. Others argue high unemployment is a sign that jobs don’t pay enough.

There is some evidence that jobs don’t pay enough to entice workers to accept them. That evidence is the unprecedented increase in the reservation wage.

The reservation wage is the lowest wage a worker will accept at a new position, according to the National Bureau of Economic Research:

Reservation wages appear to be of some consequence: workers are 24 percentage points more likely to accept an offer that is equal to or exceeds their reservation wage than to accept a job with a wage below the threshold.

The research shows that the trend in the reservation wage has historically declined at a slow pace the longer someone is unemployed. But this time is different. The reservation wage increased sharply in the past year, especially among those without a college education. 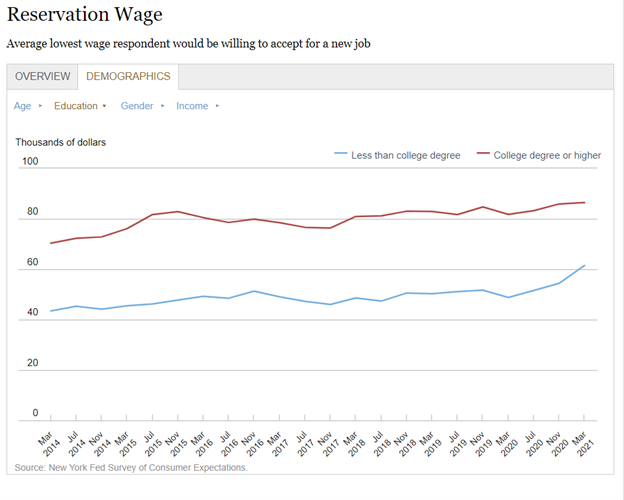 The reservation wage is up 19% in the past year for those without a college degree. On average, those individuals want a job offer of $61,483. Many will turn down jobs that don’t meet their expectations.

It seems reasonable to ask if the expectation for wages of about $30 an hour is fair for many jobs that paid less than $15 before the pandemic.

Until the reservation wage declines, the unemployment rate is likely to remain high. 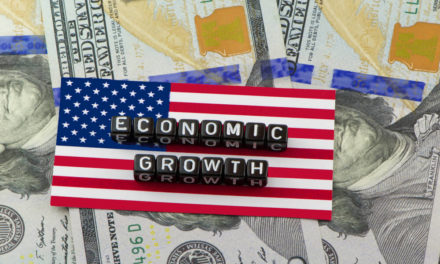 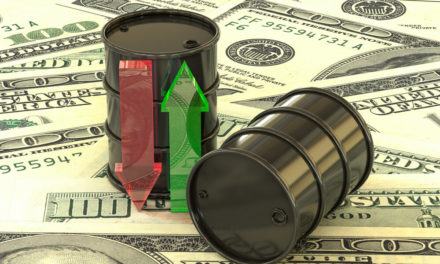