Home » News Updates » Luongo: Is Brexit Dead in a Ditch or Just Getting Interesting?

Luongo: Is Brexit Dead in a Ditch or Just Getting Interesting? 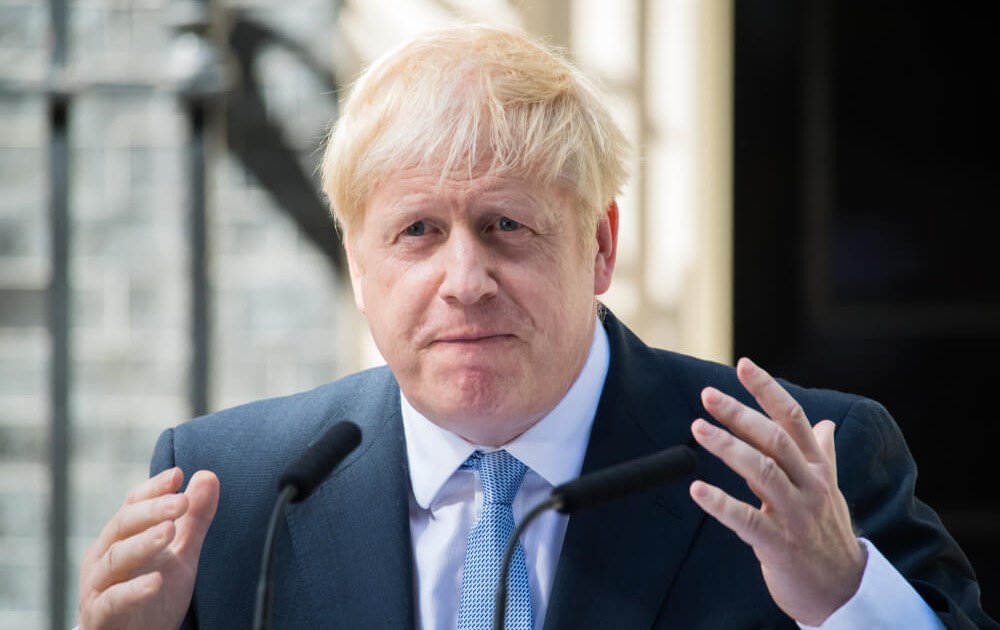 Brexit didn’t happen on Halloween. Boris Johnson made the promise that it would be sorted out by now. But he failed, partly by his own hand. And now that he has, we’re staring at a six-week election cycle that will prove to be one of the most brutal in history.

The stakes for all the players are enormous. Labour is staring at a wipeout in its heartlands outside of London. The LibDems are looking to take the Remain vote for their own short-term political gain. The Scottish Nationals think this is their time to get a second independence referendum. The Brexit Party is trying to save what’s left of the 2016 vote after three years of systemic betrayal by all of the above.

And the Tories are trying to wipe them out, all of them, to quote Darth Sidious.

Some serious miscalculations cost Johnson opportunities to deliver on his promises, like proroguing Parliament, which led to the Benn Act and the current Jan. 31, 2020, extension.

While some, like Mike Shedlock, believe that Johnson did everything right to keep the Remain-or-Bust crowd from scuttling Brexit altogether, I remain skeptical of his motivations. Yes, he got what he wanted, ultimately, a General Election but at what cost?

Is he a committed Brexiteer or just another in a long-line of Tories wanting to appear to side with Brexit while ultimately betraying it? Johnson could have gotten out of this mess with a No-Deal Brexit if he truly wanted it.

He could have forced a revocation of Article 50 or some other equally damaging action by Parliament to stop him, if they were that committed. I’m not sure they were, frankly. I think it was all a lot of bluff and bluster.

Because that would have led to an even greater political backlash which would end not only with a real Brexit but all the things the Brexit Party are standing on in this election — a complete overhaul of the British political system.

But he didn’t do that.

Instead, he worked to get to this point with a Withdrawal Treaty slightly better than Theresa May’s deal while also throwing Northern Ireland to the EU wolves.

If this is Brexit, then I don’t know what Remaining looks like?

If this is winning I certainly don’t want to know what Boris thinks losing looks like.

Johnson is running on a “Get Brexit Done” campaign. He will use voter fatigue to try and win an outright majority while marginalizing the political outsiders in Nigel Farage’s Brexit Party.

He’s going for the Trifecta – Betray Brexit, Keep Farage out of Westminster, End the Corbyn Threat. Only one of those things is laudable.

With November here the election cycle comes as well and Nigel Farage, who called every bit of this perfectly as to what Johnson’s plans were, has thrown down the gauntlet in his offer of Leave Alliance at the kick-off rally. I urge you to watch it.

Because what Farage is doing here is very important. He’s appealing to all sides of the Brexit issue as something far more important than party history and group identification. He’s running on a political manifesto which says that something is terribly wrong with this country.

I wonder if Nigel has a Guy Fawkes mask in his closet at home.

He’s moving the party beyond the issue of Brexit and toward what Brexit is supposed to represent.

Johnson’s “Get Brexit Done” is a statement of today. It’s a plea for help to do something he should have already accomplished. Politically, it’s weak and betrays a bit of impotence from the oldest party in the U.K.

Farage has positioned the Brexit Party on a “Change Politics for Good” platform that proposes sweeping changes to the system from proportional representation to a written constitution and reforming the House of Lords.

This is, as Monty Python would say, something completely different.

The statement itself cuts to what’s fundamentally wrong. It’s aspirational and tells the voters they still have the real power after three years of parliamentary shenanigans designed to marginalize them while being insufferably condescending.

No mean feat that.

Johnson should be praised for getting the election no one in power wanted on the docket. Fighting that election with the cynical message of using Brexit fatigue to push his BRINO — Brexit in Name Only — over the finish line should be rejected.

The reality is that Farage has more power to pull Labour apart at the seams than the Tories. So, he’s going to do well regardless of what Johnson does. Johnson still represents the old British establishment that wants European integration on everything important and with the polls where they are now, I don’t see him taking Farage up on his offer.

For investors the reality is that Johnson has a lot to lose here. Losing the election and blaming Farage is not an option. Corbyn and Jo Swinson are a dismal future for the U.K.

Investors have to be ready to accept rapid change in the European political landscape over the next three months. From Angela Merkel’s deteriorating position as Chancellor of Germany, to Brexit, to the fragile coalition in Italy holding back the still-surging Matteo Salvini and Lega.

And that means rapid rises in European bond yields as well as falls in the major currencies. We saw monthly reversal signals in benchmark German bund rates across the yield curve in October. So, despite Mario Draghi opening the liquidity taps and lowering rates again, the markets are beginning to listen to the data call his bluff on negative rates to infinity and beyond.

The euro and the pound are both riding high now because it believes Brexit will be, ultimately, nullified. They shrugged off the horrific results of the election in Thuringia last weekend where Angela Merkel suffered a possible death blow to her reign as Chancellor of Germany.

Watch the polls in the U.K. carefully: If Farage gets a 6% to 8% bump in the next week, which is likely, this Brexit thing isn’t over. Labour and the LibDems will eat themselves alive into irrelevance.

The latest polling already shows Farage pushing back above 13%. And I suspect a bump up toward 20% will happen now that Johnson has failed to “get Brexit done.” As those numbers push higher, the rallies in the pound and euro versus the dollar will fade.

Moreover, U.S. assets will continue to be the safe haven of choice for jittery European investors, despite the Democrats’ willingness to commit hari kiri by going forward with impeachment hearings over Trump doing his job.

The relentless push to new highs in U.S. equities are not a pure response to the Fed’s accommodation this week. A lot of this is purely based on the continued bad news coming out of Europe and the lack of political cohesion despite the rhetoric.

And if anything is emblematic of Europe’s struggles to unify it is Brexit. This fight has opened up multiple division lines within not only British politics but German, French and pan-European politics as well.

It is the most important geopolitical event of the age and while we may get tired of listening to these people prattle on is it any different in the end than listening to bad CEO’s evade analysts’ questions on earnings calls?

It may be tiresome but it’s the job.