How Targeting Momentum in the Stock Market Nets Big Profits

Good investment advice, like buying equities trending with the right momentum in the stock market, stands the test of time. In the midst of the Great Depression, as the Dow Jones Industrial average was plummeting almost 90%, one of the most famous writers of the day explained the key to success in the market.

“Don’t gamble; take all your savings and buy some good stock and hold it till it goes up, then sell it,” Will Rogers said almost a century ago. “If it don’t go up, don’t buy it.”

That sounds like the right answer to the investment puzzle. It also sounds impossible.

But it is possible.

How Playing Momentum in the Stock Market Nets Big Profits

Simply following the last part of the advice, “if it don’t go up, don’t buy it,” is enough to beat the stock market.

Rogers wrote this in the 1930s. About 60 years later, researchers would confirm this wisdom and provide a way to implement it.

In the homespun words of Will Rogers is a summary of the idea of momentum in the stock market. In a 1993 paper, Jegadeesh and Titman explained that buying stocks that have gone up the most over the past three to 12 months and shorting the stocks that delivered the worst returns over that time beat the market.

Shorting a stock means borrowing shares and selling them, then buying them later to hopefully profit from a price decline. This strategy is significantly riskier than owning stocks outright.

Dozens of researchers confirmed this research over the next 27 years. It’s now called the “momentum factor.”

Large firms have also found ways to benefit from momentum in the stock market. The chart below shows that BlackRock, an investment firm with more than $7 trillion under management, incorporates momentum into some of its products. 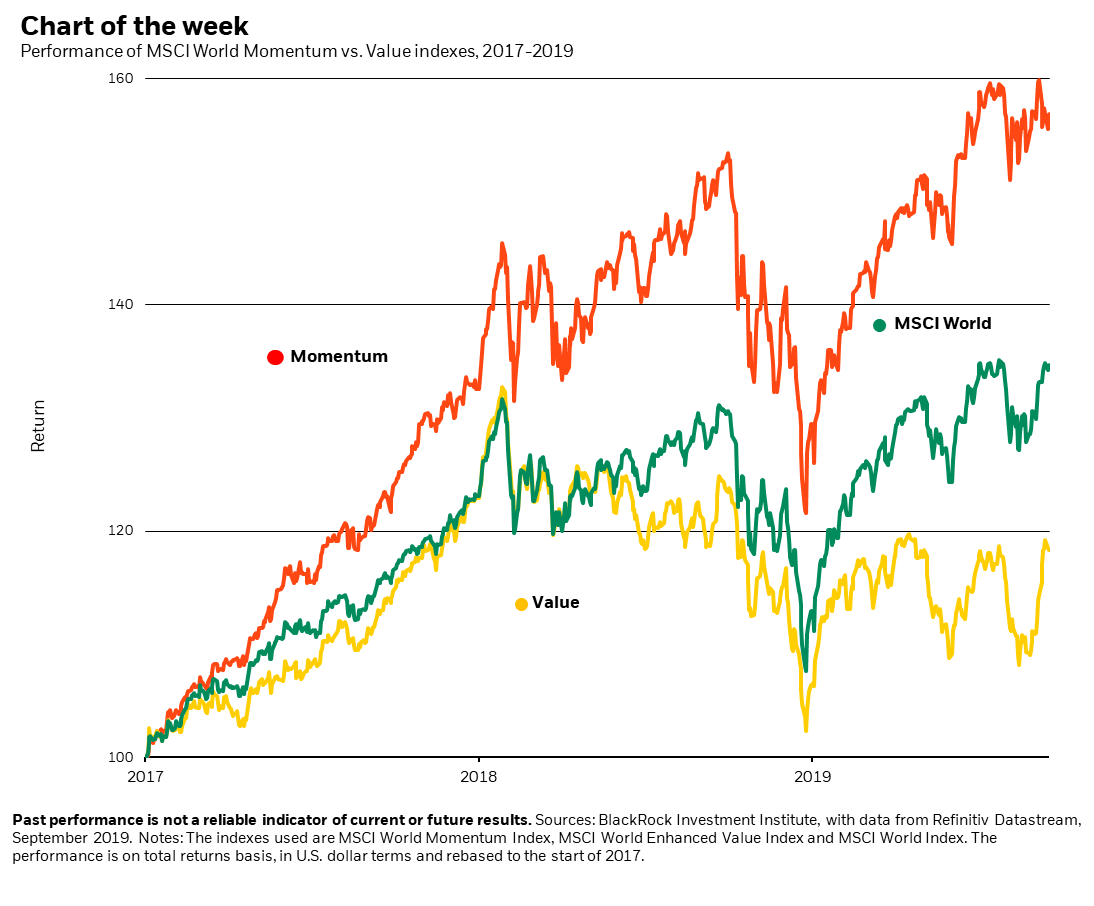 While momentum works, it’s challenging to implement. Academic papers implement the strategy by buying hundreds of stocks and short-selling hundreds more. Individual investors can’t buy that many stocks and should probably never sell even a single stock short.

My friend and colleague, Money & Markets Chief Investment Strategist Adam O’Dell, developed a strategy that plays on momentum in the stock market, and it is designed for individual investors to make trades generally lasting two to three months with unlimited profit potential.

To learn more about his work, including details of a simple options trading service that has averaged 39% returns per trade across 200 trades dating back to 2012, check out Cycle 9 Alert to see how he successfully trades on momentum.

A Price-to-Earnings Ratio at This Level Spells Doom for Stocks, Retirement