Later today, Adam O’Dell is going live to show you a simple two-day trading strategy that has beaten the market by 51 times over the last six months. He’s confident that this strategy will give you the opportunity to shoot for triple-digit gains each week. This is your LAST CHANCE to reserve your spot before his presentation at 4 p.m. Eastern time. Click here to do so now.

What happens when a global pandemic hits an industry that was already struggling to keep up with demand?

You get an opportunity to invest in a stock mega trend that will soar higher in the coming years.

That’s happening now with semiconductors. Artificial intelligence and “smart” tech are becoming more ubiquitous every day, and these tiny chips are the key. Heck, even my water heater is smart now. That may be an issue when Skynet wages war on humans…

But for now, let’s focus on ways to profit off this next wave of tech.

In this week’s Investing With Charles, research analyst Matt Clark and I dive into the semiconductor situation and offer up some ways to invest today.

Here are some highlights from our conversation:

What Happened to the Semiconductor Industry?

Charles: Semiconductor supply was already tight, and demand was already strong in late 2019 to early 2020. This has been a tight market for a long time.

Well, then what happens?

You have the onset of the pandemic. You have factory closures. Everything shut down for a while. Factories weren’t shut down for that long. In some cases, it might have been a few weeks or maybe a couple months. But that window of time where production halted was enough. Really, really tight conditions were already in place.

And semiconductor manufacturers have struggled to catch up ever since.

We would’ve had some kind of shortage even without a coronavirus. But it’s massively expanded by those closures.

That, combined with some other factors our chief investment strategist highlighted in a recent Money & Markets article, created a perfect storm for semiconductor stocks. It’s a miracle we have a single chip available to buy anywhere.

Getting out of this shortage doesn’t happen in a day.

Every chipmaker in the world is trying to raise production capacity. Taiwan Semiconductor Manufacturing Co. (NYSE: TSM) is dumping $100 billion into production efforts. That’s a gargantuan amount of money for a single company to be spending on new production.

Samsung is also dumping in tens of billions of dollars. Intel, they’re all doing it. They’re all dumping in an insane amount of money to build capacity. For them, this is not just a short-term issue … they’re looking beyond that. They know that, “OK. If you raise production to meet this current shortage, you’re still going to be short in a couple years. Because demand just keeps growing every year.”

There is an arms race to build out as much capacity as possible.

Matt: To put it in perspective, the global semiconductor market’s estimated value is $527 billion in 2021. Taiwan Semiconductor is investing one-fifth of the entire global market size of semiconductors to increase capacity.

Not All Chips Are Equal

Matt: Chipmakers aren’t just making one type of chip. The chip that goes into my iPhone is not the same that goes into my MacBook or the display screen on your car. Companies are manufacturing as many as 10 different semiconductor chips at any given time. That’s a lot of foundry work. It’s not a simple assembly line process.

Charles: You can’t turn this battleship on a dime. This is sensitive equipment. You can’t just say, “Hey, this machine that was turning out iPhone chips, I need to make it turn out F-150 chips tomorrow.”

That’s a process. When everything shut down during the pandemic, the rental companies, for example, unloaded all their inventory. And now they need it all back. All the foundries and chipmakers retooled their factories to do things other than cars because nobody imagined auto sales would rebound as quickly as they did. So that’s another canister of gasoline to throw in that raging inferno.

Matt: You’re right. It’s going to take a while, this shortage is not going to solve itself in a day, or a month or even a year, I think. We’ve seen PlayStation 5 shortages for all of 2021, as another example. The shortage is widespread.

How to Invest in Semiconductors When There’s a Shortage

Matt: Is there a way that investors can eyeball a particular part of the semiconductor industry and profit off of this drawback in semiconductor production?

Charles: This is a market dynamic where you’re buying stock of the companies that are fixing this problem for everyone. These companies need capital to fix the problem, so you’re part of this solution in this case.

But there’s a couple of ways you can do this.

You can, of course, just buy the chipmakers themselves. And that’s fine. You’ll likely do well just buying a portfolio of the actual chipmakers.

But when you run those chipmakers through our Green Zone Ratings model, there’s a couple things that stand out. A lot of these companies rate poorly on value because it’s tech, and tech stocks are expensive.

They also rate poorly on our volatility factor because the chipmaking industry is cyclical.  Right now, we’re on the upswing. But chipmakers’ profits vary wildly from quarter to quarter.

The better course of action is to buy the suppliers to the chipmakers. That way, you get exposure to the same trend.

This trend is going to be with us for years. And you should avoid a lot of day-to-day volatility or quarter-to-quarter volatility. Suppliers create longer-term contracts with producers. If you’re buying a ton of capital equipment to go build that Taiwan Semiconductor growth project we’ve been talking about, that’s a multi-year deal. That is going to take a long time to build out. So if you’re part of that solution, if you’re supplying that, you have really good earnings visibility for a long time to come. So I think that’s the safer and ultimately, better way to play that.

Matt and I used Green Zone Ratings to find one of these suppliers, and we discuss it further to finish off this week’s Investing With Charles. Click here to watch it now, and see what “Bullish” stock you can buy now to ride the semiconductor wave through 2021 and beyond.

If you want Adam’s highest-conviction semiconductor play, you need to read the September issue of Green Zone Fortunes. His latest stock recommendation supplies equipment to chip producers, but unlike a lot of techy semiconductor plays, its high value rating means it’s cheap compared to a lot of its competition.

Click here for the details on Green Zone Fortunes and see how you can gain access to this pick and many more now! 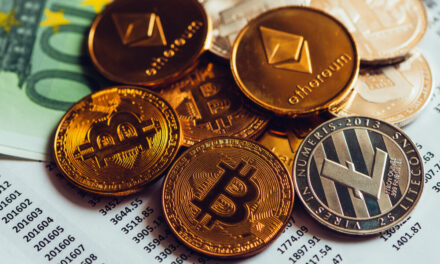 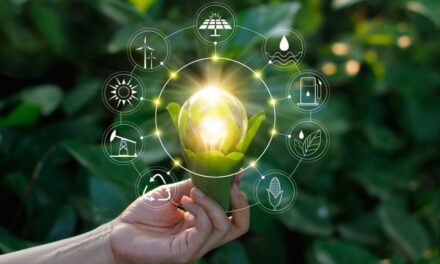 Europe’s Green Energy Challenge: Not All Renewable Stocks Are Equal