A retired vice president of the United Auto Workers union on Wednesday became the 13th person to be charged in a widening federal investigation of corruption at the union and auto companies.

Joe Ashton is accused of receiving thousands of dollars in kickbacks from a contractor who made watches for union members. The 58,000 watches are still in storage five years later.

Ashton was charged Wednesday with conspiracy to commit wire fraud and conspiring to commit money laundering. The case is filed in Detroit federal court as a “criminal information,” which means a guilty plea is expected.

Ashton was a powerful official who headed the UAW’s General Motors (GM) department. He also was a member of the GM board but resigned in 2017 after being implicated in the corruption probe.

The federal charges against Ashton are the latest fallout in a mounting UAW corruption investigation. UAW President Gary Jones was placed on paid leave last weekend after a key ally was charged, and Vice President Rory Gamble was named acting head of the union.

According to court papers filed by prosecutors Wednesday, Ashton and two other officials of a joint GM-UAW training center, Michael Grimes and Jeffrey Pietrzyk, used their positions to get hundreds of thousands of dollars in bribes and kickbacks from 2012 until July 2016 in a scheme involving the purchase of $3.97 million worth of watches.

Ashton convinced a Philadelphia chiropractor identified only as “Vendor B” to loan $250,000 to a construction company owned by an Ashton associate in 2010, prosecutors allege. Two years later, the company stopped making payments on the loan.

Ashton and Pietrzyk steered the watch contract to the chiropractor, with Ashton demanding a $250,000 kickback. The chiropractor delivered cash to Ashton’s home from May 2013 through early 2015, prosecutors allege. Some payments were made by check to Grimes and Pietrzyk with “antique furniture” in the memo line to conceal the scheme, according to the documents.

Ashton ended the payments in the fall of 2016 when news broke about a federal investigation into corruption in the UAW and Fiat Chrysler Automobiles, prosecutors alleged.

Checks from the chiropractor to Pietrzyk and Grimes totaled $125,000, according to the court documents.

GM said in a statement that it was “deeply disturbed” by the allegations against Ashton and said it had not been aware of the scheme until it was revealed recently in the government investigation.

Ashton was appointed to GM’s board by a UAW fund that provides health care to union retirees. The fund sold much of its stock in GM and no longer has a seat on the board.

Ashton’s actions are “completely inexcusable” and violate the union’s standards of conduct, the UAW’s Gamble said in a statement.

UAW members recently ratified a new four-year contract with GM after a 40-day strike, and it has reached a tentative agreement with crosstown rival Ford, where workers are voting on the deal. It will then shift the bargaining focus to Fiat Chrysler.

Many union members are suspicious of leadership because of the federal corruption probe, with several at GM wondering if the strike was called merely to show that leadership is on the workers’ side.

Pietrzyk, of Grand Island, New York, pleaded guilty in October to accepting more than $120,000 in bribes and kickbacks from union contractors. His plea agreement calls for federal prosecutors in Detroit to seek no more than two years and three months in prison.

He was an administrative assistant who worked closely with Ashton.

In September, Grimes, of Fort Myers, Florida, pleaded guilty to money laundering and conspiracy in a scheme to take about $2 million in kickbacks from UAW vendors. He faces four years or more in prison.

Grimes worked at a UAW-General Motors training center and was an administrative assistant to UAW Vice President Cindy Estrada.

Federal agents have also searched the Detroit-area home of Jones, the union president, and the Corona, California, home of former president Dennis Williams. 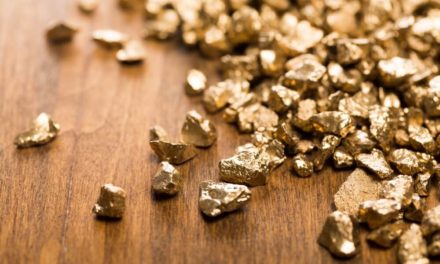