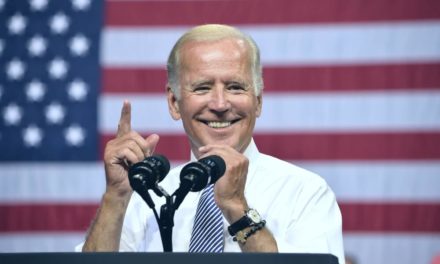 Joe Biden’s spot at the top of the race for the 2020 Democratic presidential bid is seemingly locked in for the moment, but Kamala Harris may be losing some steam, according to new polls.

The former vice president saw his support dip slightly after the first Democratic debates in June but it has stabilized. Polls from RealClearPolitics show Biden leading almost every survey both nationally and in states that have early voting.

Biden has been able to stay atop the jam-packed Democratic field, but the same cannot be said for some of this competitors. Sen. Kamala Harris, D-Calif., has been on a roller coaster in preliminary polling as she climbed from fourth to second in the RealClearPolitics national polling average following the first debates, but the latest polls have her back in fourth.

There is still a lot of time between now and the first nominating contests in February, but the polls can give some insight into who has a legitimate fighting chance to become the next Democratic presidential nominee. While Biden has secured his hold at the top, there is a battle brewing for second between Sens. Elizabeth Warren, D-Mass., and Bernie Sanders, I-Vt.

And when comparing national and state polls, CNBC argues the importance of the state level because no primary voting will occur nationally. 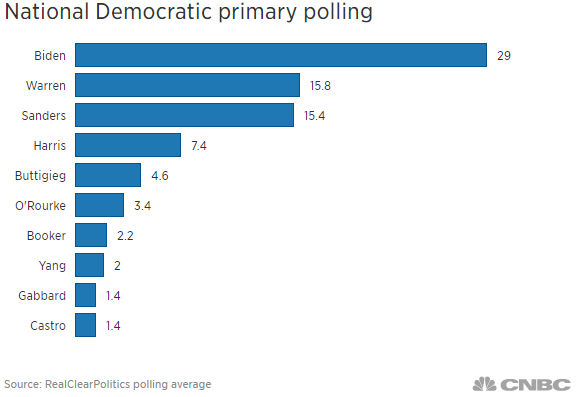 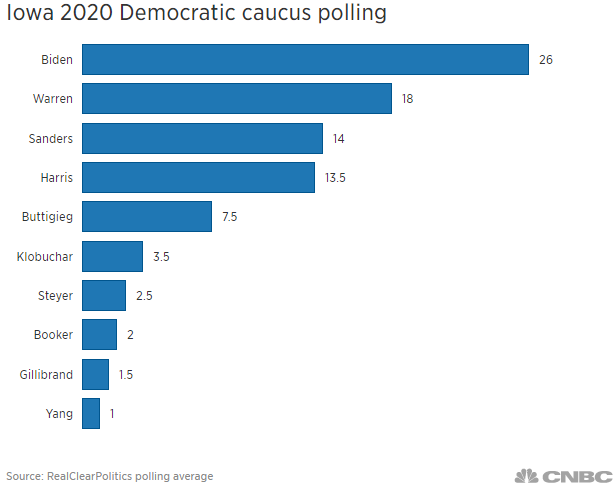 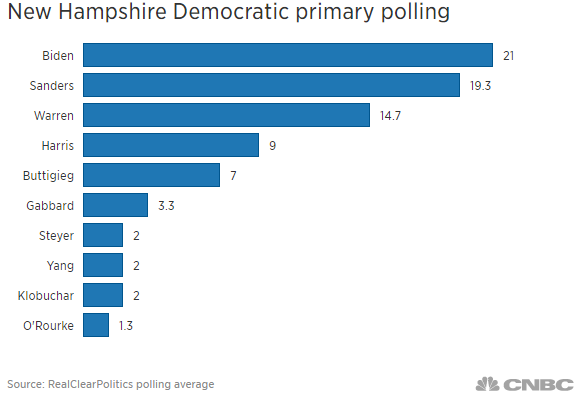 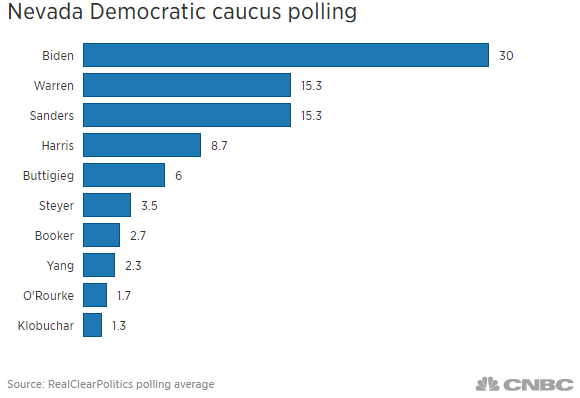 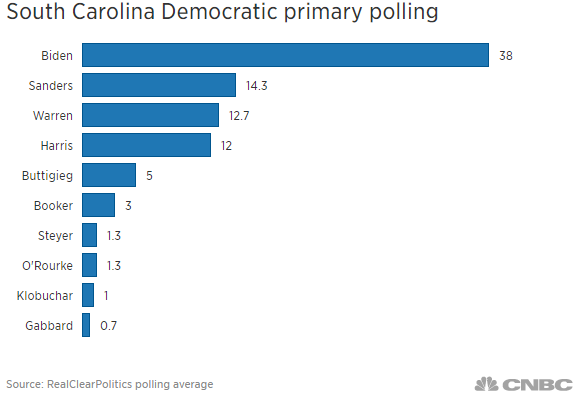 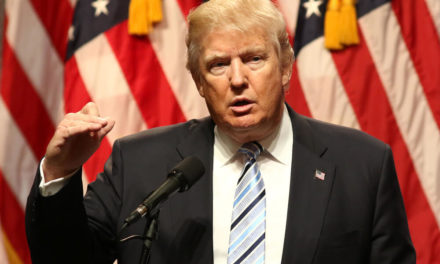 Trump Says He’s ‘Thinking About’ Payroll Tax Cut After All