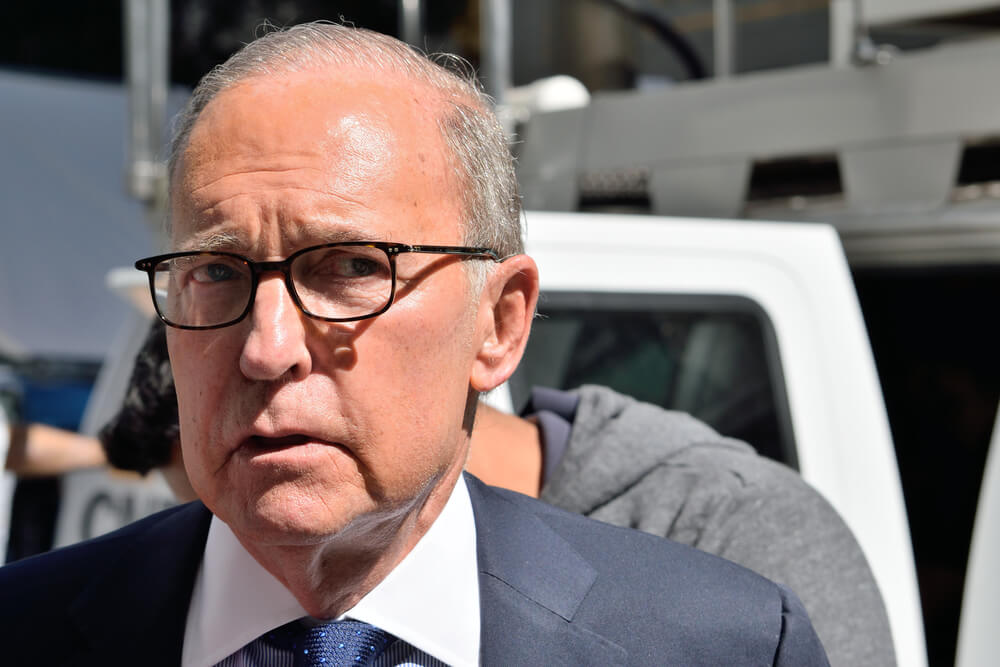 Progression in trade negotiations between the U.S. and China has been met with some skepticism, but top White House economic adviser Larry Kudlow is blasting the naysayers’ claims and says the two countries are accelerating their efforts toward a deal.

“People shouldn’t be so pessimistic on the China talks, and that some good things could happen,” Kudlow said Thursday in an interview with CNBC. “For the skeptics out there, I appreciate that and I respect that. But I’m telling you that there’s a lot of momentum and there’s agreement on both sides.”

The Trump administration announced Friday it is rescinding a threat to increase tariffs on $250 billion in Chinese exports from 25% to 30%, which was scheduled for Tuesday. As its part of the deal, Beijing says it will resume purchases of some American agricultural goods it had halted in retaliation for Trump’s tariffs.

Analysts on Wall Street aren’t thinking much of the trade truce because it avoids many of the harder-hitting facets of negotiations, like accusations that China steals technology and intellectual property from companies that do business there. Analysts from Evercore, a global banking advisory firm, were critical of the agreement that doesn’t allow “global corporations to decide on what matters most – where to invest, produce, hire or source.”

Kudlow doesn’t agree, though, and said he expects China will be “lowering non-tariff barriers on agriculture,” which will lead to new opportunities.

“There are also going to be various market access openings with respect to agriculture products and agriculture standards that the Chinese seem to be loosening up on,” he said.

As far as a more complete trade agreement, China reiterated its position Thursday, saying it expects the U.S. to roll back tariffs before it will finalize any new deal.

“China’s position, principle and goal for the China-US trade negotiations has never changed,” Chinese Commerce Ministry representative Gao Feng said, according to Business Insider. “Both sides’ ultimate goal for the negotiations is to end the trade war, cancel all additional tariffs.”