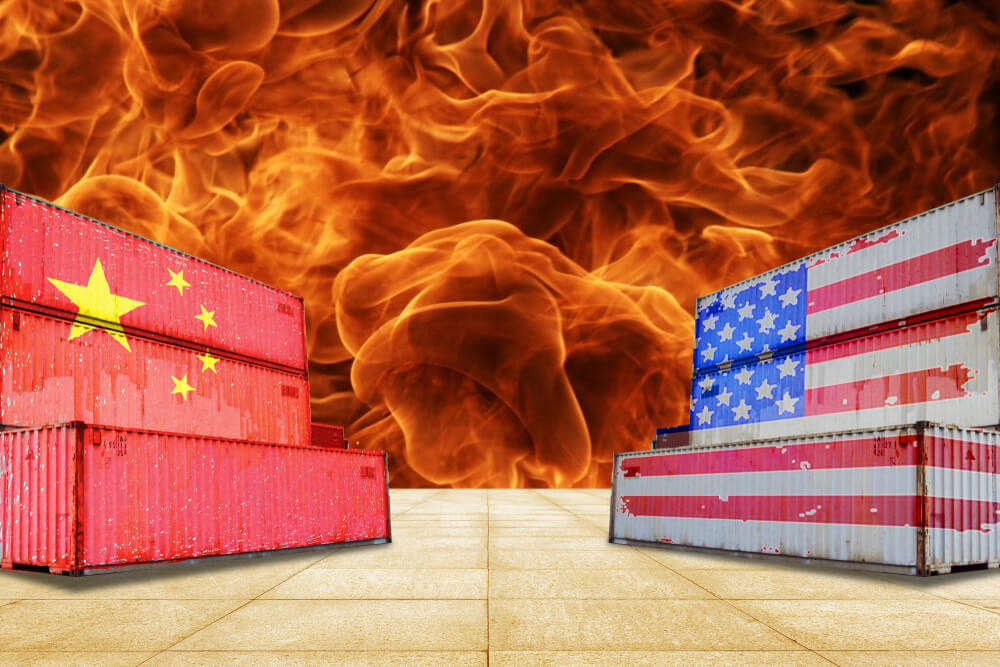 Even if reports that British Prime Minister Theresa “The Stucco Lady” May will finally be dragged from 10 Downing Street this weekend turn out to be false, by the time the votes are counted across Europe we’ll have a clear idea just how much trust has been lost by the political class across the West.

Nigel Farage’s Brexit Party could easily top 40% when all the votes are counted by Sunday, overwhelming all the hard Remain votes put together. May’s treasonous handling of Brexit negotiations and the complicity of a lying Parliament has left British politics a complete mess where uncertainty rules.

Uncertainty at the policy level always translates, eventually, into uncertainty in the real world. Regime uncertainty is the biggest impediment to growth and stability there is. It’s what separates Frontier and Emerging markets from Developed ones.

But to look around the West right now, regime uncertainty is all we seem to have.

And it was the policy of the Eurocrats in Brussels to do just that, create chaos in British politics. In their arrogance they believe the structure of the EU to be so powerful it can withstand an all-out assault on the political stability of one of its biggest member states as a warning to anyone else who gets uppity enough to also think about leaving.

The policy of openly punishing the British for voting for Brexit, which was supported all the way down the line by her Prime Minister, will result in a complete wipeout this weekend.

But that loss of trust is not confined to the ballot box anymore. Now that President Donald “Stable Genius” Trump has launched an ill-advised financial and political war on no less than 12 fronts, a clear message has been given to business and political leaders around the world.

You can’t trust the U.S. on any issue.

Since being vindicated by the end of the RussiaGate probe, Trump has become even more obnoxious in his behavior, lashing out at everyone he considers having slighted the U.S. in some way. We’re on the verge of war with Iran while having opened up a full-fledged trade war with China.

But he wants to normalize relations with Russia after abusing them for the past two and a half years?

Trump seems almost petulant in his treatment of China in the wake of their refusing to capitulate in trade negotiations.

I’m sure his negotiators assured him that China would agree to most, if not all, of their demands in the draft agreement. They told him China had folded. When China came back with most of the concessions red-lined out because China wasn’t willing to let the U.S. have veto power over their fiscal, trade and monetary policy, Trump hit the roof.

And he has been on the warpath ever since.

The main focus of his wrath vis a vis China is semiconductor giant, Huawei. Since Huawei is the leader in 5G technology at every level Trump is determined to slow down the global rollout of this game-changing technology.

But it is his using of National Security language to force Huawei to heel that is a dangerous precedent. This, like Trump’s obsession with “forced technology transfer” and “IP theft” is a red herring. Companies that want to do business with China know the rules and it isn’t Trump’s job to tell them whether they can share their technologies with China or not.

Either the technology is the company’s or it is the government’s. Complaining about subsidization is pointless since everyone does it, including the U.S.

The real threat to “national security” isn’t the worry that Huawei will install backdoors for the Chinese government to spy on us, however. It is Huawei’s refusal to install those same backdoors into their hardware to allow our intelligence agencies to do the very same thing.

I wrote a piece on this back in January that goes over it.

The real issue is that nothing has changed since a 2014 report from The Register that Huawei categorically refuses to install NSA backdoors into their hardware to allow unfettered intelligence access to the data that crosses their networks.

“However, documents disclosed by Edward Snowden this year suggest Huawei may be more sinned against than sinner. The US National Security Agency’s ‘Tailored Access Operations’ unit broke into Huawei’s corporate servers, and by 2010 was reading corporate email and examining the source code used in Huawei’s products.

“We currently have good access and so much data that we don’t know what to do with it,” boasted one NSA briefing. The slides also disclose the NSA intended to plant its own backdoors in Huawei firmware.”

So make no mistake, the China hawks in the Trump administration are willing to derail a much-needed technology roll-out in order to maintain complete control over data flow that four years ago was beyond their ability to process.

Trump has now made good on that threat when the rumor of the executive order to this effect was leaked back in January.

Using sanctions, tariffs and embargoes to unilaterally cancel contracts and destroy businesses at the stroke of a pen will not make doing business with international partners any easier. In fact, it will make it that much more difficult.

In the same way that Know-Your-Customer and Anti-Money-Laundering laws make it hard to do business with Americans overseas, Trump’s nuclear trade and sanctions policies will not level the playing field for U.S. entrepreneurs.

If anything, it will ensure that business that could go to American firms doesn’t, simply on the basis that Orange Obama could wake up one morning, not take his Adderall and blow up an entire market.

Trust in the dollar is the thing that grants it the privilege of being the world’s reserve currency. It allows Trump to run a $1.2 trillion budget deficit, exporting debt overseas and receiving goods and services in return.

Every time he tweets or signs another executive order, he undermines that trust a little bit more. Every new sanction ensures another future contract will not be settled in dollars. By raising the cost of using dollars and running afoul of his temper, Trump is making everyone else’s currencies look better.

Disrupting the entire technology supply chain to punish China for taking advantage of our bad policy isn’t just short-sighted, it’s economically ignorant. To think companies like Huawei haven’t game-planned and prepared for what Trump has pulled this week is naïve. The same goes for China’s leadership. Trump and his men talk a big game but his over-the-top response to China’s predictable pushback on his demands implies sincere weakness.

That said, thanks to the basket case that Europe is, he’ll get away with this in the short term. As I’ve pointed out in previous articles, the synthetic short against the dollar is so massive that it’s causing capital to flow into U.S. assets as fear of the next Trump tweet takes over.

But that’s also setting the stage for the next collapse as trust disintegrates alongside emerging market economies and the global banks over-exposed to their over-priced assets. The dollar is set to rise from there sharply once the full extent of the political damage to the EU is known and the markets truly begin to realize Trump is deranged.

The dead giveaway is the collapsing price of oil even though supply has been taken off the market while gold struggles to regain $1,300. Copper has shed nearly 15% in five weeks since Trump went on the warpath.

Trust, once lost, is not easily regained. Trump just can’t settle a deal here and think all will be forgiven. He’s set in motion changes that will not be undone.