Next Recession Will Prompt ‘Radicalization’ of MMT, ’08 Crisis Policies 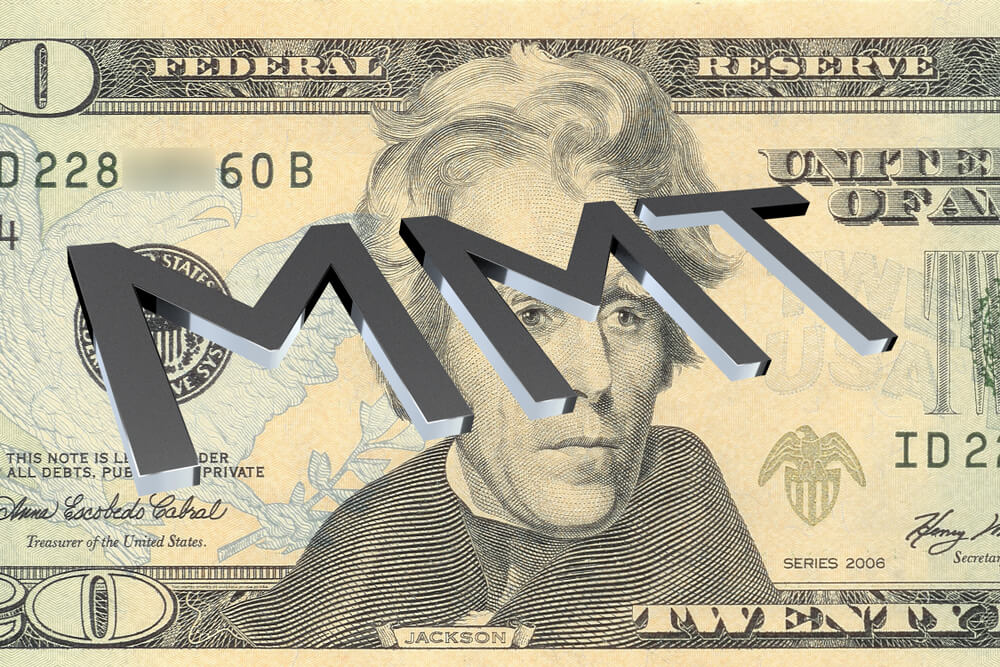 The 2008 financial crisis was marked by extreme monetary policies like modern monetary theory, but the next financial crisis could involve the “radicalization” of MMT, negative interest rates and even helicopter money to try and spur growth, according to analysis by AB Bernstein.

Bernstein’s data centers on the waning effectiveness of previous attempts to stimulate the economy, and attempts to predict what future efforts will look like because most analysts agree that Fed policymakers will go even further than they have previously.

Before 2008, MMT was controversial, to say the least. MMT is a philosophy that says governments should manage their economies through spending and taxes, and not through interest rates set by a central bank like the Federal Reserve. The theory also wipes out fear of growing national debt because a country that borrows in its own currency can just … print more currency — as long as inflation remains low.

Collectively, the actions are a far more ambitious version of what Bernstein’s experts call the “compulsive stimulus model” that has used debt growth and asset bubbles to drive cyclical growth at a time when the long-term trend for the U.S. economy is below-trend compared to historical norms. 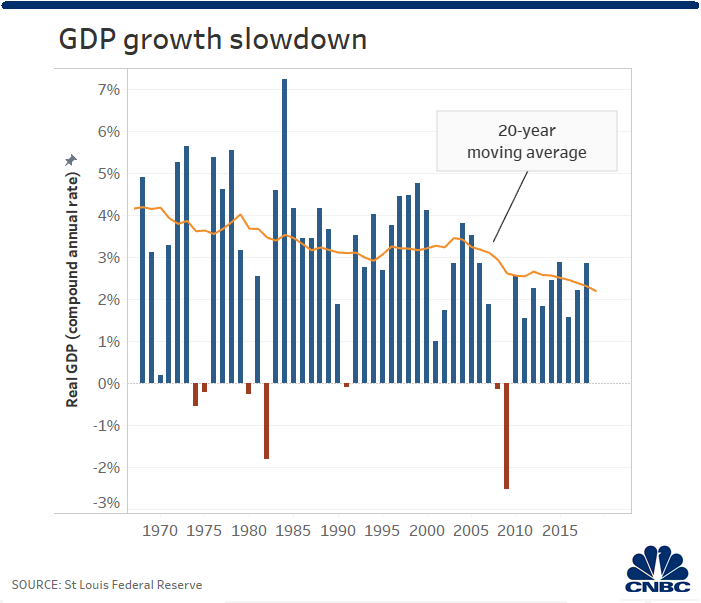 “The question ultimately is not if there will be more stimulus (there will be, as the political economy nature of CSM guarantees it), but how desperately will they push for it and how creative will they get,” Philipp Carlsson-Szlezak, chief U.S. economist at AB Bernstein, wrote in the report. “We think the model’s declining effectiveness is an important driver of its likely ‘radicalization’ – a turn towards more extreme versions of stimulus.”

Carlsson-Szlezak counters the argument that policymakers are running out of ammunition, though he concedes that the current batch of tools is losing its effectiveness.

In 2008 amid the Great Recession, the Fed dropped its benchmark interest to the zero to 0.25% range and began quantitative easing, or QE, the buying of bonds to pump new money into the economy.

That led to the current economic expansion that is nearing the longest ever on record in the U.S., alongside a record bull market run on Wall Street.

According to Carlsson-Szlezak, that model “looks tired overall” because households are now less likely to take on debt, which causes lower rates to lose their effectiveness.

“This declining effectiveness is important to consider because it raises the odds that the next time stimulus is called upon it may quickly find traditional approaches lacking and that may lead stimulus to more aggressive means in order to have the same desired effects,” he wrote.

So he’s essentially saying the economy is like a drug addict in that every time it gets high, it needs more and more to get the equivalent effect it got last time it got high.

And another problem with MMT losing losing effectiveness is those on the far left believe it’s a way to not only jump-start the economy, but also to reduce income inequality with things like the aforementioned helicopter money, where the Fed starts sending checks to every U.S. citizen.

MMT advocates on the left, such as Rep. Alexandria Ocasio-Cortez, D-N.Y., believe as long as the Fed keeps rates low, the government can spend money on whatever programs it likes to bridge the income and wealth gap.

Another form of “radicalization” would be negative interest rates, an idea that is reportedly getting a look at the Fed as its governors contemplate exactly what the next crisis could look like.

Carlsson-Szlezak says negative rates are “the obvious extension (but) not an obvious policy choice.” The Fed has had some experience with negative rates, the difference between the nominal level and inflation, and would most likely explore the idea further.

As for helicopter money, wherein the Fed would send money directly to citizens, the big question is what would prompt such an aggressive move.

“The most plausible path to a more aggressive stimulus model is the occurrence of a (deep) economic crisis,” Carlsson-Szelak wrote. “That said, even without that we think it’s plausible that the political economy embraces dialed up version of traditional stimulus.”

Trump’s tax cuts have presided over some of the fastest growth during the recovery from 2008, and the lowest unemployment rate in 50 years.

Of course, the growth was funded largely on new debt, and Carlsson-Szlezak calls promises of 4% growth — which Trump says his policies will achieve — a “delusion.”

“Compulsive stimulus can push as much as politicians feel they can get away with, however, without influencing the supply side variables, trend growth will not move higher and ultimately growth will converge to potential,” he wrote. 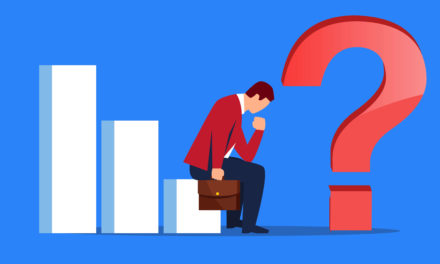 Economist: Tariff Hikes Will Not Send US Into Another Recession 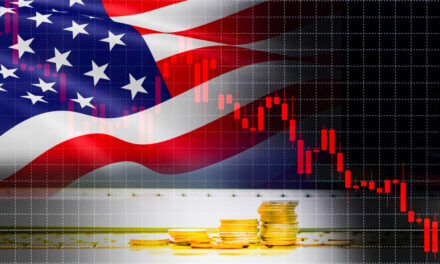 Morgan Stanley: China Trade War Will Send US Economy Into Recession By Spring 2020