Tax cuts that are not paired with spending cuts are deferred tax increases.

Imagine being robbed every time you get a paycheck, but then once a year the people who robbed you give you a chunk of change back because they stole more than they intended.

Would you be happy about that, Paul asks? Of course, most people answer “yes” because they’re just happy to get something back. But the reality is that a tax refund means more taxes were taken from you than you legally owed. In other words, you just gave the government an interest-free loan thanks to withholding, which isn’t right, by Paul’s estimation.

Withholding, which was supposed to be a “temporary measure” to help finance World War II, is an insidious way of minimizing the pain of, and thus opposition to, taxes. Because people never actually get possession of the money the government withholds, they don’t miss it. Imagine how great public demand for an end to the income tax would be if every month we had to write a check to the IRS.

This year, most Americans are owing less in taxes because of last year’s tax reform. Unfortunately, the benefits of the tax cut are going to be temporary because Congress and the President refuse to cut spending. In the two years that Republicans controlled both houses of Congress and the White House, federal spending increased by approximately 7.5 percent, or around $300 billion. Thanks to the GOP’s spending spree the federal deficit will reach $1 trillion this year, while the federal debt is now over $22 trillion dollars. This does not count the almost $100 trillion in unfunded liabilities which includes over $70 trillion in future Social Security and Medicare benefits.

Spending is going to increase for the foreseeable future. House Democrats have proposed increasing welfare spending by 5.7 percent to $630 billion and warfare spending by 2.1 percent to $664 billion. Many Republicans are complaining that the budget underfunds the military, while progressives say it underfunds domestic programs. Few in DC are willing to cut either welfare or warfare.

Government spending diverts resources from the private sector, thus damaging the economy and lowering our living standards. This is true whether the spending is financed by direct taxes or debt. Deficit spending, and the resulting pressure on the Federal Reserve to monetize the debt, increases the hidden and regressive inflation tax.

Government statistics are manipulated to understate the inflation rate. The Republican tax plan helps government hide the true inflation level by authorizing the use of the chained Consumer Price Index (CPI). Chained CPI makes it easier for the government to understate the effects of inflation by pretending that you are not negatively affected by price increase if, for example, you can still by hamburger instead of steak — even though the only reason you are buying hamburger is because Federal Reserve-caused inflation has made steak unaffordable.

Bill Rice, Jr., writing in The American Conservative, blames CPI manipulation for what he calls “shrinkflation.” Shrinkflation is when producers reduce product size to avoid, or minimize, price increases, so consumers pay more for less.

Tax cuts that are not paired with spending cuts are deferred tax increases. Unless the people and the politicians kick the welfare-warfare habit they will soon face increases in inflation and other taxes. The key to avoiding this is to restore a proper understanding of sound economics and the philosophy of liberty among the people. Politicians will only cut spending when the people stop demanding security and start demanding liberty. 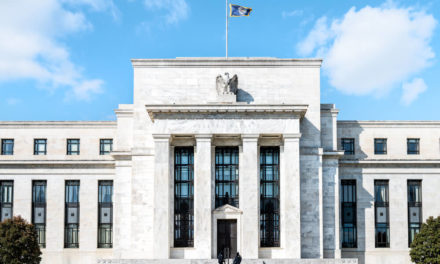 Opinion: Judy Shelton Should Be Trump’s Next Fed Nominee