Home » News Updates » Ron Paul: Is the ‘Mother of All Bubbles’ About to Pop?

Ron Paul: Is the ‘Mother of All Bubbles’ About to Pop? 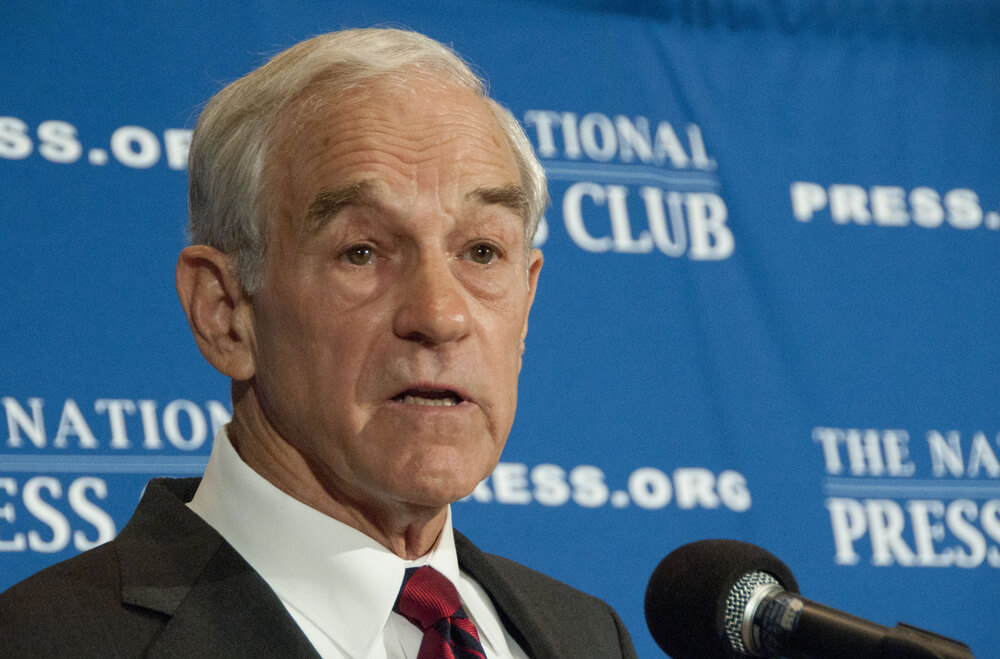 When the New York Federal Reserve began pumping billions of dollars a day into the repurchasing (repo) markets (the market banks use to make short-term loans to each other) in September, they said this would only be necessary for a few weeks. Yet, last Wednesday, almost two months after the Fed’s initial intervention, the New York Federal Reserve pumped $62.5 billion into the repo market.

The New York Fed continues these emergency interventions to ensure “cash shortages” among banks don’t ever again cause interest rates for overnight loans to rise to over 10%, well above the Fed’s target rate.

The Federal Reserve’s bailout operations have increased its balance sheet by over $200 billion since September. Investment adviser Michael Pento describes the Fed’s recent actions as Quantitative Easing (QE) “on steroids.”

One cause of the repo market’s sudden cash shortage was the large amount of debt instruments issued by the Treasury Department in late summer and early fall. Banks used resources they would normally devote to private sector lending and overnight loans to purchase these Treasury securities. This scenario will likely keep recurring as the Treasury Department will have to continue issuing new debt instruments to finance continuing increases in government spending.

Even though the federal deficit is already over $1 trillion dollars (and growing), President Donald Trump and Congress have no interest in cutting spending, especially in an election year. Should he win reelection, President Trump is unlikely to reverse course and champion fiscal restraint. Instead, he will likely take his victory as a sign that the people support big federal budgets and huge deficits. None of the leading Democratic candidates are even pretending to care about the deficit. Instead they are proposing increasing spending by trillions on new government programs.

Joseph Zidle, a strategist with the Blackstone investment firm, has called the government — or “sovereign” — debt bubble the “mother of all bubbles.” When the sovereign debt bubble inevitably busts, it will cause a meltdown bigger than the 2008 crash.

U.S. consumer debt — which includes credit cards, student loans, auto loans and mortgages — now totals over $14 trillion. This massive government and private debts put tremendous pressure on the Federal Reserve to keep interest rates low or even to “experiment” with negative rates. But, the Fed can only keep interest rates, which are the price of money, artificially low for so long without serious economic consequences.

According to Michael Pento, the Fed is panicking in an effort to prevent economic trouble much worse than occurred in 2008.

“It’s not just QE,” says Pento, “it’s QE on steroids because everybody knows that this QE is permanent just like any banana republic would do, or has done in the past.”

Congress will not cut spending until either a critical mass of Americans demand they do so, or there is a major economic crisis. In the event of a crisis, Congress will try to avoid directly cutting spending, instead letting the Federal Reserve do its dirty work via currency depreciation. This will deepen the crisis and increase support for authoritarian demagogues. The only way to avoid this is for those of us who know the truth to spread the message of, and grow the movement for, peace, free markets, limited government and sound money.