Rouhani’s Iraq Visit: The Symbol of US Policy Failure 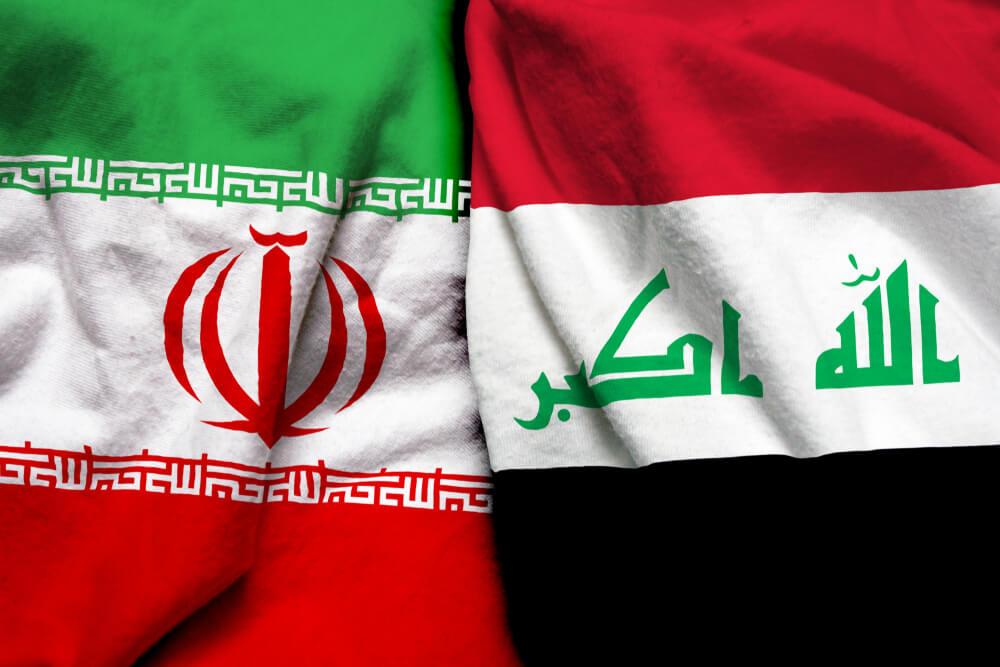 Those elections did not go well for the United States.

This is why Rouhani’s visit to Iraq is so noteworthy. At a time when the U.S. is attempting to isolate Iran from the world in every sphere — diplomatically, economically and politically — Rouhani landing in Baghdad to a hero’s welcome requires our serious attention.

That election ousted from power Prime Minister Haidar al Abadi, an asset of the U.S.  The current Iraqi government is much more hostile to the U.S. and friendlier to Iran. And this is why the mantra of Iran’s evil influence is repeated nightly by Fox News and the rest of the western media.

We have to keep up appearances as our influence wanes in central Asia.

We’ve not only lost our gambit to atomize and balkanize Syria, but now it looks like we’ve lost our position in Iraq as well.

Rouhani met with every major political and religious figure in Iraq this week. The two countries agreed to new economic projects set to swell bilateral trade to $20 billion from the current $12 billion.

They signed deals to invest in energy as well as increase sales of Iranian gas and electricity to Iraq. The big issue being that Iraq will be a major source of dollars for Iran, still needed as it winds down domestic use of our currency.

These are both very important given the Trump administration’s very public goal of shutting down Iranian oil exports and desire for regime change in Tehran.

Given the game plan in Venezuela to date, including the rumors of our sabotaging the electrical grid, I’d say that that is a blueprint for what we’re planning for Iran.

This trip comes less than three months after Trump made an unscheduled, secret Christmas pilgrimage to Iraq. He insisted the Iraqi Prime Minister come to him at one of our military bases because Trump wouldn’t be seen in public meeting with the Iraqi leader as an equal.

That meeting never happened as Prime Minister Mahdi likewise refused to be summoned like a vassal to God Emperor Trump. The Iraqis were furious over this breach of protocol and diplomacy, and it has driven their political milieu to be even more hostile to the U.S. than before the elections, which rejected our puppet, Abadi.

As Middle East expert Elijah Magnier points out, IRGC Commander Qassem Soleimani “achieved Iran’s goal of developing a friendly relationship with Iraq, where officials are ready to suspend relations with the U.S. if Trump insists on imposing sanctions on any country dealing with Tehran.”

If Trump and his neocon cabal in the White House expect to remain entrenched in central Asia to break up the Shia crescent to protect Israel, sanctioning Iraq over trading with Iran is the very definition of an ‘own goal.’

To date, Trump’s foreign policy, as set by Jared Kushner and John Bolton, has been to unite the U.S., Israel and Saudi Arabia in a trilateral bulwark against Iran and Russia regionally. But even that relationship is now fraying at the edges.

So much of the U.S.’s plans in the region revolve around the Saudis stepping up to pay for the regional stability that Trump is demanding, and is an obvious pillar of his and Kushner’s Middle East peace plan, which honestly now looks dead before it was even officially presented.

Because the Saudis have been looking askance at Trump’s commitment to the region and continue to court Russia over major energy projects. Since last fall’s outcry over the killing of Jamal Kashoggi, the Saudis have been in major talks with Russian President Vladimir Putin on subjects like OPEC+, a new version of OPEC with Saudi Arabia and Russia being more equal pigs than the rest of the members.

It is looking to make a big investment into Novatek’s (AMEX:NOVKY) Arctic 2 LNG project. France’s Total (NYSE:TOT) just purchased another 10 percent stake in the project, bringing it up to 29.4 percent total.

But the Saudi giant is looking at other Russian projects as well. Note that they have been talking about a stake in Arctic 2 for more than six months and nothing has been finalized. But it is well known that Aramco has $100 billion in potential investments it wants to make in the natural gas sector.

The issue, of course, is Russia’s relationship with Iran. And Putin isn’t going to make a deal with the Saudis as long as they are working with the U.S. to stir the pot against Iran. The recent visit by Crown Prince Mohammed bin Salman to Pakistan ended with a $10 billion commitment to build an oil refinery at the Chinese-controlled port at Gwadar, an important part of China’s Belt and Road Initiative and a key focus of its nearly $60 billion investment in Pakistan.

This is the Saudis throwing money around to ensure their influence under new Prime Minister Imran Khan doesn’t fade.

This all ties directly back into Rouhani’s visit to Iraq. Because if Iran and Iraq form a united front against the Saudi-Israeli-U.S. alliance, then these investments with Iran’s neighbors and benefactors need to be seen as hedges against the U.S. ultimately pulling out of the region strategically.

This will be difficult with Bolton currently on the scene, but everyone involved in this big chess game knows that presidents change and so do circumstances.

For now, the LNG market is still in oversupply, but it won’t be for long. Royal Dutch Shell’s (NYSE:RDS.B) annual report, which the industry hangs its hat on, projects an 11 percent demand growth this year, and similar levels of growth for the foreseeable future.

And, according to Shell, the market will be in a supply deficit by 2022 even though new capacity is coming on line. Lastly, Shell CEO Ben van Beurden believes that Russia, not Qatar or Australia, could easily become the world’s largest supplier of natural gas in the future.

Because of this, Gazprom (AMEX:OGZPY) trades under the fog of political risk thanks to pressure everywhere by the U.S. But all of that risk is ephemeral as it and the other Russian petroleum majors have the world coming to them to make deals. So does Rosneft (AMEX: OJSCY).

They trade at multiples less than half of their western counterparts, like Shell and Exxon-Mobil (NYSE:XOM), while throwing off yield far higher with only slightly more volatility due to the ruble. Novatek trades like a growth firm but has begun leveling off now that the Yamal LNG plant is operational, those numbers should come into line with the other two.

Aramco needs deals with Russian companies to make its long-delayed IPO a reality, and it needs access to foreign projects for the desired valuation to make sense to the market.

And Russia looms large over all of these geopolitical hotspots, ever present at every major meeting between heads of state, like those of Iran and Iraq. It leaves Putin in the driver’s seat to manage existing markets, make allies out of adversaries and open up new markets (Japan, central Asia and Korea) as the U.S.’s lack of diplomacy sees even more changes to the geopolitical game board.

Because of that, the future for all of them is quite bright.