They are going to be the hottest Christmas presents this year.

But good luck finding one.

In the coming weeks … as the holiday shopping season ramps up … millions will clamor for the latest gaming consoles (like the Sony PlayStation 5).

However, component shortages are disrupting the video game industry. Manufacturers are short on parts like semiconductors that provide stunning graphics and blazing-fast gameplay.

You can’t find a console like the PlayStation 5 at any retailer. If you find one online, it’s marked up 100% because of the scarcity.

That’s the price we pay for supply shortages.

But I think the semiconductor industry is going to ramp up … in a big way.

Using Adam O’Dell’s six-factor Green Zone Ratings system, I found a semiconductor pick and shovel stock that rates in the green in four of the six factors we use to analyze stocks.

The stock has risen more than 112% in the last year. And I think it will go even higher.

We are “Strong Bullish” on this stock, which means it is poised to outperform the broader market by at least three times over the next 12 months.

Let’s see why investors should buy this semiconductor stock now.

In 2020, the global semiconductor industry was set to make massive profits with the rapid rollout of 5G technology.

From smartphones to vehicles and industrial applications, semiconductor sales were set to take off.

But outside forces like what you can see in the chart below put a damper on semiconductor production.

Now, semiconductor manufacturers are behind the 8-ball. They have to fill backorders of chips while current demand increases.

In the next two years, global semiconductor sales are expected to increase 38% to more than $606 billion.

Investors can find big profits in this trend.

Its primary products revolve around metrology — items that are precise in size down to the millimeter.

Because semiconductors are very small components, it’s important that each part is an exact size. If parts don’t fit, the end product is useless.

Therefore, companies around the world rely on Nova’s metrology products to ensure chips fit exactly the way they are supposed to.

However, the semiconductor chip shortage will push manufacturers to expand and speed up production. And that means buying more of Nova’s metrology solutions.

The company has generated $1.26 billion in total revenue over those four quarters. Its next closest competitor, Camtek, only produced $796 million.

That makes Nova one of the semiconductor equipment sector leaders.

Twelve months ago, Nova’s stock was priced at around $61.95 per share.

Since then, the stock price has moved up. There was some resistance at $98 in April, and the stock pushed down to $84 per share in May.

However, after that, the price of the stock has moved higher … capped with a $22 per share jump this month.

Using Adam’s six-factor Green Zone Ratings system, Nova Ltd. scores a 93 overall. That means we are “Strong Bullish” on the stock and expect it to outperform the broader market by three times in the next 12 months.

Nova’s stock rates in the green in four of our six factors:

The company earns a 58 on size because its market cap is now $3.75 billion.

Nova scores an 18 on value. NVMI has higher valuation ratios (price to book, sales and earnings) than its peer average.

Foundries and equipment producers in the semiconductor industry must ramp up in a big way.

This demand funnels all the way down the supply chain, meaning companies that provide equipment and products for chip manufacturers will profit just as much … if not more … than those companies that only make semiconductors.

That’s why Nova Ltd. is a semiconductor stock worth considering for your portfolio. 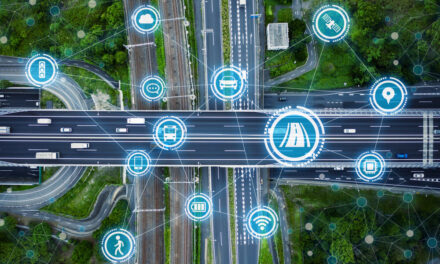 Smaller Infrastructure Bill Is Still a HUGE Deal — How to Invest