Neumann Offered $1.7B to Leave WeWork as Thousands Brace for Layoffs 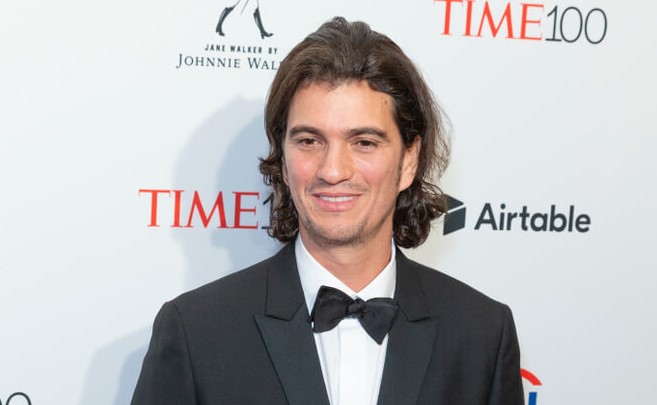 SoftBank may soon take full control of the troubled office-sharing company WeWork, but former CEO and co-founder Adam Neumann could walk away a much richer man in the process.

The Wall Street Journal, citing unnamed sources, reported Tuesday that Neumann will walk away with close to $2 billion from Japan’s SoftBank Group if he severs most ties with the company. SoftBank is WeWork’s largest investor, already owning about a third of the company.

WeWork is facing a severe cash crunch with its valuation — what investors are willing to pay for shares — plunging. The company’s new valuation after the offer will be around $8 billion, which is laughable when compared to private valuations earlier this year around $47 billion.

It’s only the latest chapter in a saga that has seen WeWork fall from grace as one of the most lauded startups in America. The company withdrew its much anticipated IPO plans in September after low valuations and controversy surrounding its former CEO.

So what’s actually included in the deal for Neumann? Softbank will pay the former CEO up to $970 million for his shares of the company. He will also rake in a cushy $185 million consulting fee, and SoftBank is even throwing in $500 million in credit so he can pay back a loan owed to JPMorgan.

Neumann, who resigned as CEO last month, will step down from the board as part of the deal. He will still own a stake in WeWork and he will serve as an adviser to the board going forward.

WeWork’s new co-CEOs Artie Minson and Sebastian Gunningham, have been working to trim down the company’s many side ventures to focus on the core business after the IPO flop. These businesses included a private elementary school in New York City, and Meetup.com, an event planning website.

The new leadership also wanted to cut thousands of employees earlier in October as part of downsizing, but it has delayed efforts because — get this — it can’t afford severance pay.

So apparently, in WeWork’s case, you can party like a rock star while running a company into the ground, sell $700 million of your own shares in the process, remain on the board after losing your CEO status and still get a cool $1.7 billion while maintaining some control — all while your employees brace for an uncertain future.

WeWork really is quite the unicorn.