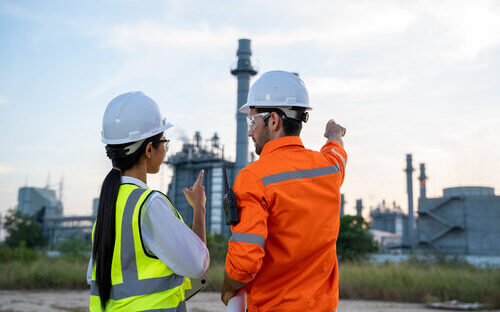 The oil bull market is ramping up, and that means companies are doing whatever they can to extract oil from the ground as demand increases.

Hydraulic fracturing started in 1947 in my home state of Kansas.

The process is straightforward.

Crews shoot high-pressure liquid into rock formations to break up bedrock and reveal shale gas and tight oil in the ground.

The production of shale gas and tight oil plays in the U.S. is set to expand in a huge way over the next several decades:

In 2000, the U.S. only pulled about 1.8 trillion cubic feet of oil and gas out of the ground using hydraulic fracturing.

Solaris stock scores a “Strong Bullish” 93 out of 100 on our Stock Power Ratings system. We expect it to beat the broader market by 3X in the next 12 months.

Solaris had a solid third quarter:

While those are impressive growth figures, SOI earns its highest fundamental rating on our value factor at 82.

Its projected price-to-sales ratio for the next 12 months is half the industry average while its current price-to-cash flow is also lower than its peer average.

These numbers tell us SOI’s growth and value potential is high compared to the rest of the support activities for the oil and gas industry. 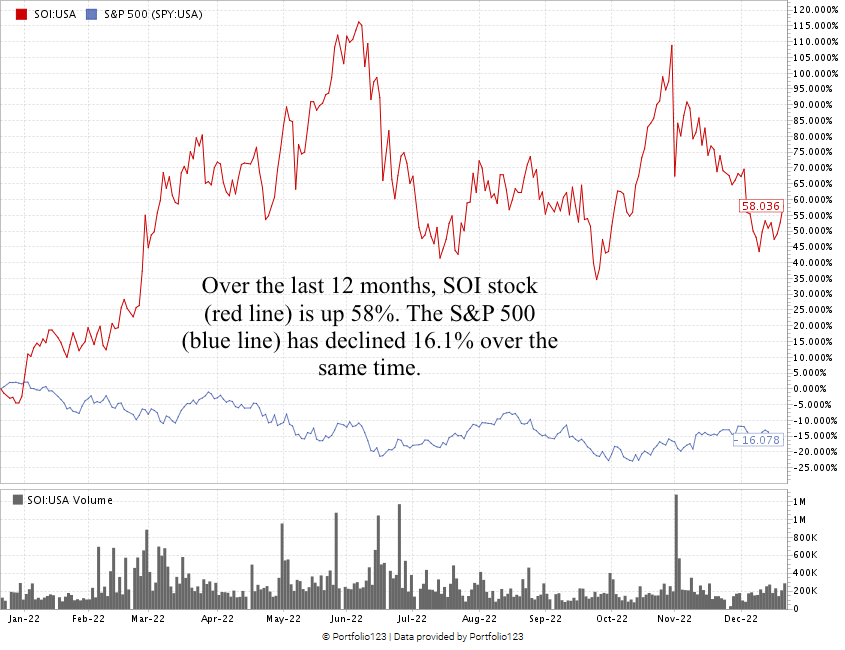 The broader S&P 500 Index has experienced a 16.1% decline over the same time.

That means we’re “Strong Bullish.” We expect it to beat the broader market by at least 3X in the next 12 months.

As an added bonus, SOI’s 4.26% forward dividend yield means shareholders earn $0.42 per year for every share they own.

Bottom line: As our dependence on oil and gas continues to rise, companies have to seek out new areas to drill.

Hydraulic fracturing has been around since the 1940s, but we’re going to start pulling much more shale gas and tight oil using this method in the years to come.

SOI manufactures the proppant needed to keep areas of oil and gas open to pull out of the ground, making it a great addition to your portfolio.

I mentioned an oil bull market earlier, and SOI should surely benefit. But my colleague Adam O’Dell is aiming for something bigger.

And he’s ready for the big reveal tomorrow!

Sign up for his presentation that’s happening at 4 p.m. Eastern. It’s free and you don’t want to miss it.

He will reveal details on his top stock for the developing oil super bull market. He’s confident it will soar 100% higher in only 100 days when things kick off.

Click here to put your name on the guest list for his upcoming “Oil Super Bull Summit.”

Stay tuned for the next issue, where I’ll share all the details on a natural gas stock that isn’t “Strong Bullish” like much of its competition. 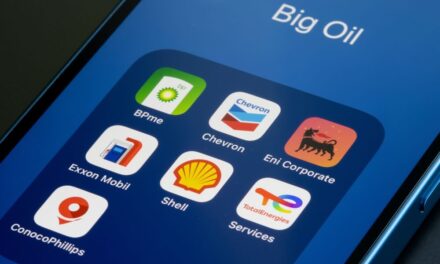 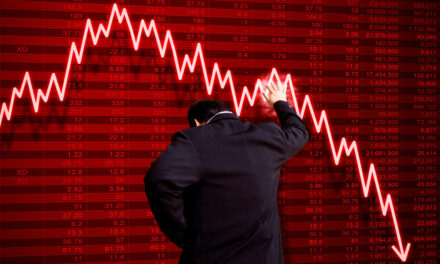