U.S. stocks are climbing as industrial and internet companies and retailers rise, putting the S&P 500 index on track for its first three-day winning streak since late November and more in Tuesday’s Stock Market Update.

The latest round of trade talks between the U.S. and China ended without word of progress, but with no evident signs of setbacks either. That was enough to clear the way for more gains for stocks.

TRADE TALKS: There was no evidence Tuesday that the U.S. and China made significant progress in their latest round of trade talks, and experts say it will take months for them to resolve the causes of the trade war, which include disagreements over Beijing’s handling of technology and intellectual property. But investors have become notably more optimistic about an eventual deal, a sharp reversal of the concerns that helped send stocks plunging in October and December. An agreement between the two biggest economic powers in the world could remove a major obstacle to global economic growth.

THE QUOTE: Kate Warne, an investment strategist for Edward Jones, said the market’s large moves in recent weeks reflect investors’ questions about major issues including economic growth, the threats of recession and trade tensions, and rising interest rates. She said it’s normal for stocks to repeatedly change course as traders grapple with those issues on a day-to-day basis.

“You have new information that’s driving stock prices both higher and lower, and that’s pretty typical when there’s uncertainty and there’s a lot of new information coming into the market,” she said.

Warne added that trading on Wall Street is typically light during the holidays, and that may have contributed to the huge swings in late December and early January.

Among communications companies, Facebook rose 2.8 percent to $141.98. Verizon added 2.7 percent to $58.24 after it reported strong wireless subscriber gains in the fourth quarter. Among consumer-focused companies, Amazon gained 1.8 percent to $1,658 and Nike shot up 1.6 percent to $76.94.

ENERGY: Oil prices also continued to rally. U.S. crude rose for the eighth day in the last nine and jumped 2.6 percent to $49.78 per barrel in New York. Brent crude, used to price international oils, gained 2.4 percent to $58.72 a barrel in London.

U.S. crude dropped from $76 a barrel in early October to about $42 a barrel on Dec. 24 as investors worried about slowing economic growth and a supply glut.

CRACKED SCREEN: South Korean smartphone and computer chip maker Samsung said demand for chips is weak because the global economy is slowing. Last week Apple said its iPhone sales in China slumped, which traders took as a warning sign about its economy.

CHECK ENGINE: Car retailer AutoNation said 2019 will be challenging year for sales, and its stock lost 4.3 percent to $36.05. The company also said it is restructuring its business, and several top executives including its chief operating officer are departing. Used car dealership CarMax gave up 2.9 percent to $64.51 while auto parts retailer AutoZone skidded 1.2 percent to $812.39.

Higher interest rates allow banks to make bigger profits on lending, but despite the increase Tuesday, banks stocks declined. Investors may have been preparing for future disappointment: analysts for Goldman Sachs lowered their forecasts for bond yields around the world because of slowing economic growth and tightening financial conditions. The yield on the 10-year Treasury note has fallen sharply since October, when it reached a seven-year high, and the report says yields “may have peaked for this (economic) cycle.” 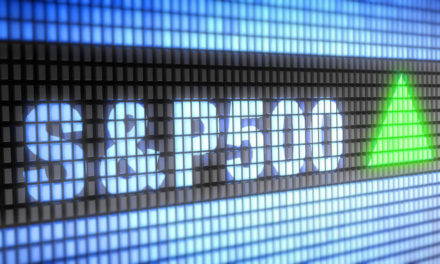 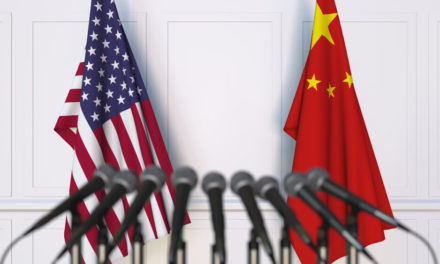