Stocks marched higher on Wall Street for the third straight day, erasing most of the plunge they took at the start of the week on worries about the worsening trade fight between China and the U.S and more in Thursday’s Stock Market Update.

Technology stocks, health care companies and banks accounted for much of the market’s broad gains. Banks were benefiting from higher bond yields, which allow them to charge higher interest rates on loans. Bank of America rose 1.7% and Citigroup gained 1.9%. Bond yields rose following a surprising rise in new home construction in April.

The steady gains mark a turnaround from Monday, when stocks took a nosedive after Beijing issued retaliatory tariffs on U.S. goods, ratcheting up tensions between the two largest economies in the world.

The S&P 500 and the Nasdaq are now flat for the week following steep drops on Monday. The Dow Jones Industrial Average is nearly back to breakeven.

Even with this week’s gains, the market has still not recovered all its losses since early last week, when President Donald Trump turned up the heat in the trade war by threatening to hike tariffs on $200 billion worth of Chinese imports from 10% to 25%. The S&P 500 is still down about 1.6% from its close on May 6.

The Trump administration went ahead with that tariffs hike last Friday and spelled out plans to target the $300 billion worth of Chinese imports that aren’t already facing 25% taxes. The escalation covers everything from sneakers to toasters to billiard balls. The Chinese have retaliated by hiking tariffs on $60 billion in U.S. imports.

The escalation in trade tensions surprised investors who had been expecting a resolution. That confidence was a key component of the stock market’s sharp gains so far this year.

Stocks have been choppy the last two weeks as traders worried over the escalating trade dispute and the fallout it could have on the broader global economy. Negotiations between the two countries are expected to resume in Beijing soon. And Trump has said that he expects to meet Xi in late June at the G-20 summit in Osaka, Japan.

ANALYST’S TAKE: Investors are relieved the U.S. isn’t expanding its trade war to several new fronts, for now. U.S. officials have reportedly backed off from raising tariffs on auto imports from Europe and are making progress on lifting steel tariffs in North America.

“Clearly, the market is at the mercy of what we’re hearing on trade,” said Liz Ann Sonders, chief investment strategist at Charles Schwab.

A dose of solid economic data with the home construction report Thursday also helped stem what had been a flow of weak economic data, she said. Still, she said the market will likely remain volatile until investors can get a better sense of how the U.S. and China will resolve their trade dispute.

GOOD CONNECTION: Cisco led the gainers in the technology sector, vaulting 6.6% after the company beat Wall Street’s fiscal third quarter earnings forecasts. The maker of gear that connects computers also issued a solid forecast for the current quarter. The company said it has factored in the escalating trade war between the U.S. and China and sees “very minimal impact” ahead.

WHEN THE CHIPS ARE DOWN: Not all technology sector stocks were having a good day. Chipmakers slumped a day after the Trump administration labeled Chinese telecom equipment giant Huawei a security risk and imposed export curbs on U.S. technology sales to the company. The move hurts U.S. chipmakers, which sell products to Huawei, which is the biggest global maker of switching equipment for phone companies.

The world’s largest retailer also beat Wall Street’s profit forecasts for the first quarter. The company has been working to get more people into its stores and use its online shopping service. It recently launched next-day delivery as it faces tougher competition from other retailers and Amazon.

BANKS BOUNCE BACK: Banks and other financial services companies all moved higher after solid housing data helped nudge bond yields higher. The yield on the 10 year Treasury rose to 2.39% from 2.38% late Wednesday.

The higher yields follow the Commerce Department’s report that U.S. home construction rose faster than expected by economists in April.

The solid report follows a series of weak economic reports on Wednesday that shoved bond yields sharply lower and weighed down the entire financial sector. 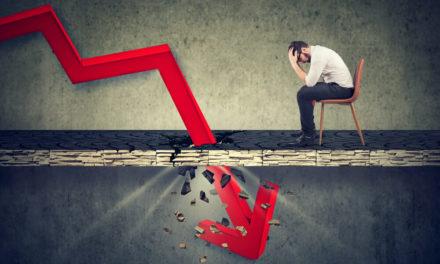