The S&P 500 index of large U.S. companies ended up pretty much where it started on Monday, while measures of small-company stocks climbed.

Small-company stocks have lagged the rest of the market this year, but investors are taking a shine to them now in hopes that they’ll be better insulated from the U.S.-China trade war than large multinationals.

“People are rotating out of the more expensive stuff, some of the things that are probably risky in a downturn, like tech, and going into some more traditional value,” said Ben Phillips, chief investment officer at EventShares. “If you’re making your product or service in the U.S. and selling it to U.S. customers, you’re somewhat more insulated from the global trade volatility and the slower growth that’s spawning from that globally, too.”

The yield on the 10-year Treasury rose to 1.63% from 1.55% late Friday in a sign that investors remain confident that the economy will continue growing. They also shifted money out of safe-play sectors like utilities and makers of consumer products.

The broader market is coming off two weeks of gains following a bout of volatility brought on by the trade war between the U.S. and China. Investors are still hoping for a deal between the two nations. They were encouraged last week by news that talks will resume in October.

A mixed bag of economic data has kept Wall Street focused on central banks and whether they will continue taking measures to shore up economic growth. On Friday, Federal Reserve Chairman Jerome Powell said the central bank doesn’t expect a recession and will take necessary actions to maintain growth. Economists expect the Fed to cut interest rates when it meets next week.

MORTGAGE GIANTS: Freddie Mac and Fannie Mae soared after an appeals court overturned a ruling that supported the government’s practice of collecting most of the profits generated by the mortgage finance giants. Freddie Mac surged 44.3%. Fannie Mae vaulted 43.9%.

Last week, the Trump administration unveiled a plan for ending government control of Fannie Mae and Freddie Mac. The companies nearly collapsed in the financial crisis 11 years ago and were bailed out by the government.

CALLING FOR CHANGE: AT&T rose 1.5% after activist investment manager Elliott Management, which has a $3.2 billion stake in the telecom company, sent a letter to AT&T’s board, noting that its stock has badly lagged the broader market over the past 10 years and urged it to shed businesses and trim costs. AT&T said it will review the proposals.

GOOD HEALTH: Acadia Pharmaceuticals surged 63.2% after the drug developer said its potential treatment for dementia-related psychosis met a key study goal. It plans to meet with the Food and Drug Administration in 2020 regarding possible approval, which could make it the first drug approved by the FDA to specifically treat the condition. 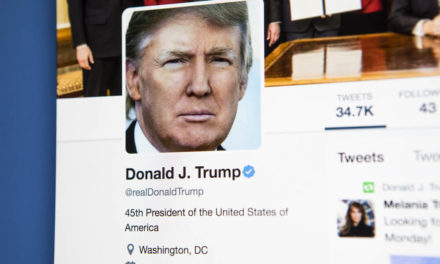