Home » News Updates » Bonner: Tilling the Soil in the Garden of Catastrophe

Bonner: Tilling the Soil in the Garden of Catastrophe 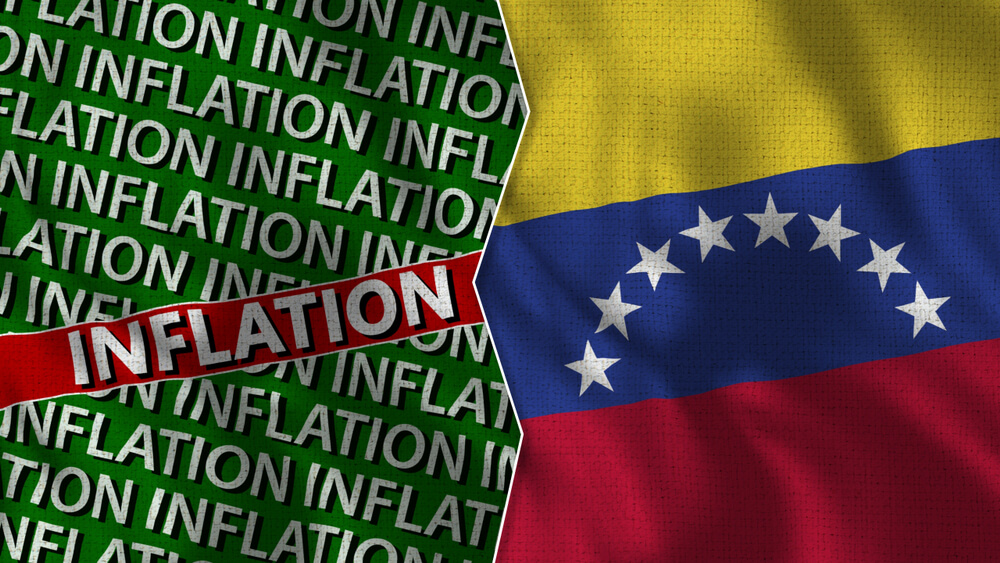 There comes good news this week: The inflation rate in Venezuela is going down.

Annual inflation in the country has dropped below one million percent in May for the first time since 2018, Reuters reports. And how did the country magically start to rope in inflation? The central bank restricted the domestic money supply – imagine that.

Consumer prices for the 12 months ending May were up “only” 815,194%, according to the opposition-run congress. This compared to 1.3 million percent in April. Prices were up 906% in the first five months of the year, according to the data.

This comes on the heels of not-so-good news, from which we learned that the opposition leader, Juan Guaido — bizarrely recognized by the U.S. as the legitimate head of state — bathes from a bucket. Running water is unreliable, even in the best neighborhoods of the capital city, Caracas.

Electricity is in short supply, too; in what might be the most energy-rich country on Earth, rolling blackouts leave millions of Venezuelans in the dark.

And despite having some of the largest oil reserves on the planet, Venezuelans are waiting in line at gas stations for days to fill up their cars.

Millions of others have simply left the country, carrying whatever they could on their backs as they waded across rivers into Colombia or Brazil.

How did Venezuela get to be such a mess?

Long-term sufferers of our Diary know that we are connoisseurs of disaster.

The great vintages — a Weimar 1921, for example… or a Zimbabwe 2008… or, of course, a nice Venezuelan blend from 2018 — are always a pleasure to sip and slosh around on the tongue… as you wonder: How can smart people foul an economy so badly that people go hungry… water stops running… riots break out in the streets… and governments collapse?

And the answer is always the same: slowly… and then, all of a sudden.

The “all of a sudden” part is well reported… the object of amusement, ridicule and finger-wagging.

But it is the “slowly” phase that is most interesting… and important. For that is where the spadework is done… the soil is tilled… and the seeds are planted and watered. It looks to most people like honest labor, trying to coax fruit out of a grudging ground.

Few notice that it is not an Eden that is being prepared… but a garden of catastrophe. That only becomes apparent later, in the “suddenly” phase, when the evil vines grow up and choke every living thing for miles around. 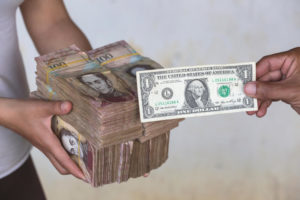 And yet, the process is very simple and could be spotted years in advance.

First, the government must control the currency. If it uses gold, or a gold-backed currency, the vile crop will be stunted. With price controls and central planning alone, the feds can cause a 10-year Great Depression or a 70-year Soviet-style economic failure.

But if you want a full-blown financial catastrophe, you need fake money, too.

Second, you need leaders who are both ignorant and/or ego-maniacal. These are the jefes with plans!

Weimar Germany is a special case. It wasted its resources in World War I (a good example of central planning). And then, the victors — the U.S., France, and England — required it to pay reparations, in gold, which effectively wiped out the country’s money supply. It was only then that it resorted to fake money… and set off its infamous hyperinflation.

But Zimbabwe and Venezuela followed the more classic script. Each had its own fake currency. And each had a dynamic, Big Man leader — Robert Mugabe and Hugo Chávez, respectively. Both put their crony friends in charge of key industries and imposed goofy plans on the economy.

The centralized plans misallocated resources and interfered with private, decentralized plans, thus reducing output, while government expenses rose. The more damage they did to the real economy, the more stimulus they needed to add to the fake one.

The big banks, International Monetary Fund (IMF), and the World Bank usually help nations move along faster on the road to ruin by lending them money, guaranteed directly or indirectly by taxpayers in more prudent countries.

But after a while, credit ratings go down, interest rates rise, and no one wants to borrow or lend. The only option left is printing money, the third and sine qua non requirement of a modern financial catastrophe.

Gideon Gono led the Central Bank of Zimbabwe during the whole period… from when the seeds were slowly planted and watered to when the first shoots of vines appeared… to when, suddenly, these vines strangled almost every business, consumer, and investor in the country.

Between 2006 and 2008, for example, Gono increased the nation’s money supply 20 million times. Asked why he had done such a thing, he replied only that he hadn’t done anything the major central banks around the world weren’t doing.

He was right… about which more anon.

An old friend visited Gono in Harare a few years later (Gono is banned from traveling to the U.S.). Our friend was curious, too. What kind of man would destroy a whole economy… one that used to be the “Jewel of Africa”?

But instead of a monster, he found himself in the company of a person who was as “friendly, knowledgeable and intelligent” as Jay Powell or Elizabeth Warren.

Why, then, do apparently compos mentis people, who are not stupid, do such things? The answer is simple, too.

Once the “slowly” part of the formula has run its course — with central planning, falling real GDP, credit crises, price controls, huge debts, and trade restrictions — the “‘suddenly” phase leaves the planners with little choice.

They can admit failure and let the economy collapse in bankruptcies, defaults, market crashes, public humiliation and depression.

Economically and financially, the only sensible choice is to fire the bankers, drain the swamp of bureaucrats, throw the bums out of office and go back to real money backed by gold.

But politically, it is impossible. Too many people, rich and poor alike, are now dependent on the fake money. They must have more of it. So the feds put on more price controls and tariffs, draw up more Four-Year Plans, and add more zeros to the currency…

And Gideon Gono was right. Every major central banker is doing the same thing — adding fake money. But they are still in the “slowly” phase.

“Suddenly” is still ahead…