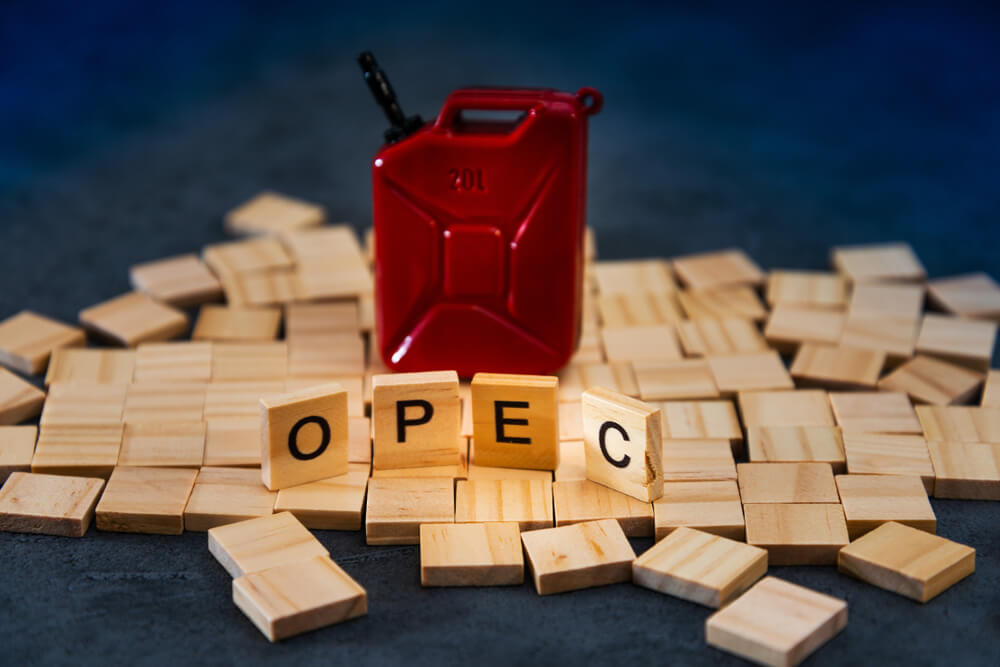 For a long time, I’ve been handicapping the end of OPEC’s ability to set oil prices.  With each passing year the cartel has had a harder time pushing prices where it wanted or, in some cases, needed them to go.

The actions of the Trump administration to push domestic oil production in the U.S. through the roof has been a major factor in neutering OPEC. So much has this been the case that the cartel has reached out to Russia to help them control the flow of oil creating what is now known as OPEC+.

The problem for OPEC is that cartels aren’t stable. They are, at best, meta-stable and require constant maintenance to keep members from cheating.  In the end, market forces always tear them apart. Always.

This is a lesson the central banks of the world are going to learn in the coming months and years.

For today, the news is that OPEC agreed to a massive 1.5 million barrel per day production cut among its members.  The stipulation being that Russia would have to agree with these cuts which are already on top of the 2.1 million bpd the cartel took off the market last year.

A meeting of both OPEC and non-OPEC members, sometimes referred to as OPEC+, will take place on Friday.

If they agree to remove an extra 1.5 million bpd from the market, it would bring the group’s overall output reduction to 3.6 million bpd or about 3.6 percent of global supplies.

After meeting with his Saudi counterpart in Vienna on Wednesday, Russia’s energy minister returned to Moscow for consultations but will be back in Vienna on Friday. So far, Moscow has indicated it would back an extension but not a deeper cut.

And because of that last bit, the markets responded with further selling in the oil space in sympathy with further breakdown of equity markets the world over.  News of the coronavirus spreading throughout Europe and the U.S. now well and truly has markets spooked.

The bounce in oil prices earlier in the week were a clear dead cat bounce not born of anything other than hope which afforded bears the opportunity to reload and make another run at the Christmas 2018 low at $49.93 Brent Crude. 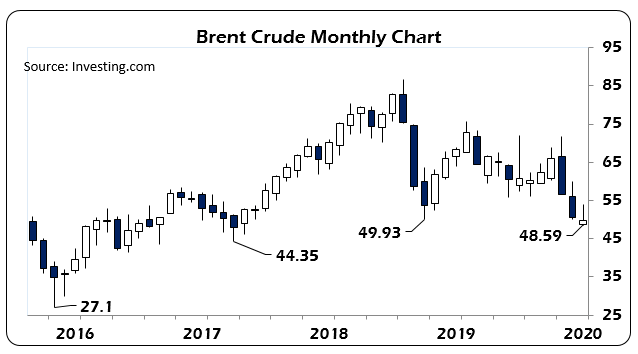 Breaking through the $50 per bbl level officially puts an end to the bull market that began in oil prices after the 2016 market panic which saw oil hit a low of $27.10.

The price reset at the end of 2018 was, in my mind, the real price for the market had in mind through all of 2019 despite a coordinated effort by both OPEC and, I think, the U.S. to keep prices above that.

The upshot is that OPEC is desperate.

Well, let me rephrase that, Saudi Arabia is desperate. The Saudis are the most vulnerable to lower oil prices having zero flexibility thanks to their U.S. dollar-pegged currency, the riyal.  Saudi Arabia’s budget deficit somehow managed to come in at just 4.7% of GDP in 2019 despite predictions of over 7%.

That number, however, is set to rise significantly despite budget cuts to 6.5% of GDP by 2022, and that was at Q4 prices which were far higher than they are today.  As the IMF’s breakeven oil price for Saudi Arabia continues to be above $80 per bbl.

The lower oil prices go the harder it will be for the Saudis to maintain their current level of spending, which is under pressure as economic growth stalls thanks to cutbacks in government spending and a slowing global economy.

The Saudis are staring at the same problem every over-leveraged company faces when the economy turns against them.  Simply put, you can cut production to stabilize your fiscal position and conserve cash, but you can’t, as the saying goes, cut your way to growth.

But that is exactly what OPEC is asking of Russia.  And, frankly, given the current geopolitical dynamic, I don’t see a compelling reason for Russia to cut production to help out Saudi Arabia or any of its allies, including the United States, to keep oil prices high.

Russia continues to run a tight fiscal ship and contrary to insipid and clueless commentary here in the West, it doesn’t need higher oil prices to maintain that.  And, if anything, the domestic political situation in Russia precludes keeping oil prices high because when they are it retards diversification of the Russian economy that President Vladimir Putin is trying to achieve.

Putin’s recent shake up of the Russian government is aligned around this conceit and it is something that market analysts need to take into account when trying to handicap what Russia will do next.

To this point Putin has been somewhat accommodating to the Saudis on the existing production cut put in place in 2019 but it’s likely that’s as far as he’ll go here.  He knows that the U.S. fracking space is bleeding red ink and low oil prices keeps the pressure on them to cut production, which is already happening.

Exxon-Mobil (NYSE:XOM) announced this week they would be cutting production growth in the Permian Basin by 10% by next year, for example.  U.S. production has peaked in the near term and any further destabilization of the oil sector thanks to low prices will see more headlines like that hit the market.

But, for now, the market remains rightly unimpressed with these moves.  Even if Russia accedes to a further production cut it may not be enough to balance the market. OPEC is slowly being ground into dust, trapped by major producers, the great powers, who now have the cartel trapped between their much larger economies and geostrategic imperatives.

Like the Fed cutting interest rates 50 basis points on Tuesday did nothing to allay investor fears over the global growth story, OPEC is now staring at a much bleaker future than it did just last month.

Can’t say I’m shedding a tear over this, price-setting cartels, no matter what industry they cover are terrible for consumers.  If there is one thing we’ll learn over the next couple of years is just how badly mispriced so many of our markets truly are as these formerly-powerful institutions are broken down by the invisible hand of the market. 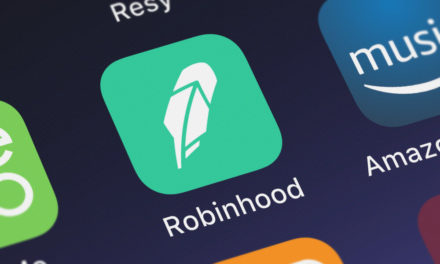 Robinhood Outages Cause Users to Miss Out on Massive Market Gains