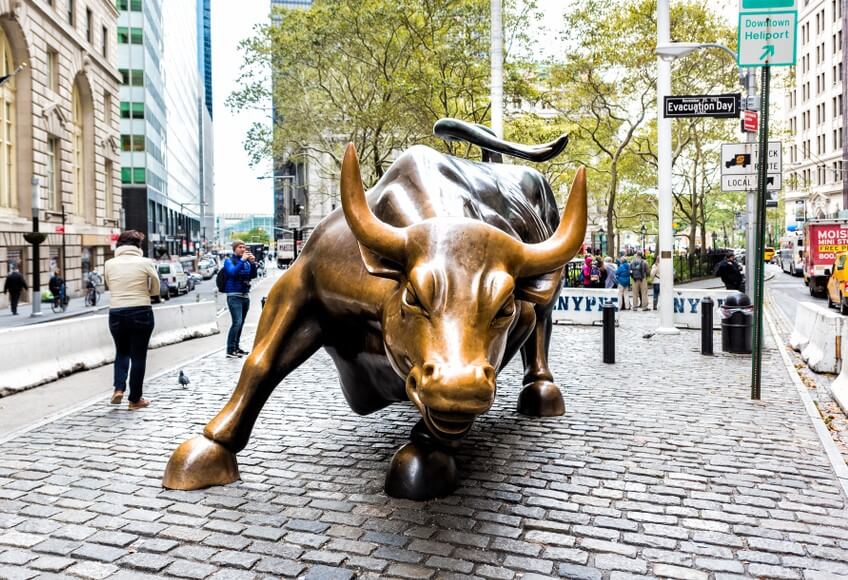 Canaccord Genuity Chief Market Strategist Tony Dwyer doesn’t see any reason for investors to get bearish even with coronavirus fears mounting, and instead offered up “four reasons to be fundamentally bullish.”

In large part, Dwyer, a well-known Wall Street bull, said everything goes back to the Federal Reserve and its easy-money policies.

“Every time we get a negative that’s going to slow global growth, we have to look at what’s going to happen with monetary and fiscal stimulus on the other side of it. It is extraordinarily difficult to become too negative when you know that the Fed, as is their stated case, is not going to be raising rates,” Dwyer explained on CNBC’s “Trading Nation.” “So, again, the market can be overbought — we actually turned neutral (buy rating) on January 20 because of the excessive optimism that was out there.

“The coronavirus gave a good excuse for some profit taking and actually despite what’s happening in the major indices, there has been profit taking under the surface. I think it is a very mixed picture and that’s what’s supposed to happen when you get so overbought.”

Dwyer’s ‘4 Reasons to be Fundamentally Bullish’

The No. 1 reason to be fundamentally bullish, Dwyer said, is “easy money.”

“Number one you’ve got a super low inflation rate. The Fed is more fearful of low than high inflation. You’ve got a super easy Fed and think of the historic low in the corporate bond market yield. The Moody’s Baa Index is trading at a record-low yield, which means companies can raise money, any amount of money they want, at the lowest interest rate on record for the lowest … level of investment grade,” he said. “That’s a huge deal because you go into a recession when companies need money and don’t have any access to it or can’t afford it.

“Not only do they have access to it, they can afford it. So the backdrop is easy credit because of low inflation and easy Fed, and there’s nothing that’s coming out in the data that suggests that’s going to change anytime soon, and that really is the reason that you’re getting the higher valuations that exist.”

Reason No. 2: The U.S. remains near full employment with a 3.6% unemployment rate.

“What’s really providing the jobs and the money for the market and the excess spending power comes from full employment,” Dwyer said. “That’s the true story of the domestic economy.”

Reason No. 3: Consumer confidence is high, growing more than forecast in January, which Dwyer says means a recession is likely to be far off.

“There’s always so many concerns and fears but, ultimately, it comes down to: Do you have a job? Do you have access to credit? And do you have the confidence to use it?” he said. “If all of those factors are yes, which they have been now for really 11 years … it’s hard to make the case that household spending is going to contract.”

And reason No. 4: Millennials are nearing their peak birth year of 30 years old — which means they should be buying homes and will likely purchase more in 2020 than any other demographic.

“When you have that kind of demographic tail wind with those other factors … it’s hard to go into a recession, and that’s ultimately the story of why the market suffers more meaningful corrections. We think it’s correcting now. Maybe not in the … mega-cap tech stocks, but the internals of the market are correcting. It’s actually kind of healthy.”

A Golden Strategy to Secure Your Wealth During Stock Market Volatility