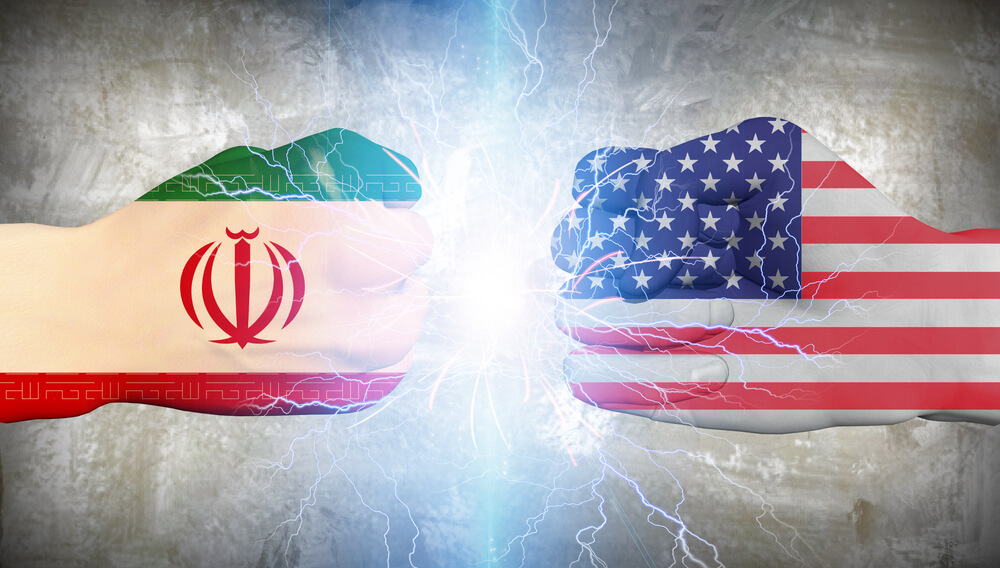 A small oil tanker from the United Arab Emirates traveling through the Strait of Hormuz entered Iranian waters and turned off its tracker two days ago, leading the U.S. to suspect Iran seized the vessel amid heightened tensions in the region, an American defense official said Tuesday.

Iran offered no immediate comment on what happened to the Panamanian-flagged oil tanker Riah late Saturday night, though an Emirati official acknowledged the vessel sent out no distress call. Oil tankers previously have been targeted in the wider region amid tensions between the U.S. and Iran over its unraveling nuclear deal with world powers.

The concern about the Riah comes as Iran continues its own high-pressure campaign over its nuclear program after President Donald Trump unilaterally withdrew America from the accord over a year ago.

Recently, Iran has inched its uranium production and enrichment over the limits of its 2015 nuclear deal, trying to put more pressure on Europe to offer it better terms and allow it to sell its crude oil abroad.

However, those tensions also have seen the U.S. send thousands of additional troops, nuclear-capable B-52 bombers and advanced fighter jets into the Mideast. Mysterious attacks on oil tankers and Iran shooting down a U.S. military surveillance drone has added to the fears of an armed conflict breaking out.

The Riah, a 58-meter (190-foot) oil tanker, typically made trips from Dubai and Sharjah on the UAE’s west coast before going through the strait and heading to Fujairah on the UAE’s east coast. However, something happened to the vessel after 11 p.m. on Saturday, according to tracking data.

Capt. Ranjith Raja of the data firm Refinitiv told The Associated Press on Tuesday that the tanker hadn’t switched off its tracking in three months of trips around the UAE.

A U.S. defense official later told the AP that the Riah was in Iranian territorial waters near Qeshm Island, which has a Revolutionary Guard base on it.

“We certainly have suspicions that it was taken,” the official said. “Could it have broken down or been towed for assistance? That’s a possibility. But the longer there is a period of no contact … it’s going to be a concern.”

The official spoke on condition of anonymity as the matter did not directly involve U.S. interests.

An Emirati official, speaking on condition of anonymity to discuss an ongoing security matter, said the vessel “did not emit a distress call.”

“We are monitoring the situation with our international partners,” the official said.

The ship’s registered owner, Dubai-based Prime Tankers LLC, told the AP it had sold the ship to another company called Mouj Al-Bahar. A man who answered a telephone number registered to the firm told the AP it didn’t own any ships. The Emirati official said the ship was “neither UAE owned nor operated” and carried no Emirati personnel, without elaborating.

Separately Tuesday, Iran’s Supreme Leader Ayatollah Ali Khamenei said his country will retaliate over the seizure of an Iranian supertanker carrying 2.1 million barrels of light crude oil. The vessel was seized with the help of British Royal Marines earlier this month off Gibraltar over suspicion it was heading to Syria in violation of European Union sanctions, an operation Khamenei called “piracy” in a televised speech.

“God willing, the Islamic Republic and its committed forces will not leave this evil without a response,” he said. He did not elaborate.

British Foreign Secretary Jeremy Hunt said Saturday that Britain will facilitate the release of the ship if Iran can provide guarantees the vessel will not breach European sanctions on oil shipments to Syria.

Iran previously has threatened to stop oil tankers passing through the strait, the narrow mouth of the Persian Gulf through which 20% of all crude oil passes, if it cannot sell its own oil abroad.

Meanwhile, Iranian Foreign Minister Mohammad Javad Zarif seemed to suggest in a television interview that the Islamic Republic’s ballistic missile program could be up for negotiations with the U.S., a possible opening for talks as tensions remain high between Tehran and Washington. Zarif suggested an initially high price for such negotiations — the halt of American arms sales to both Saudi Arabia and the United Arab Emirates, two key U.S. allies in the Persian Gulf.

Iran’s ballistic missile program remains under the control of the Iranian paramilitary Revolutionary Guard, which answers only to Khamenei.

Zarif brought up the ballistic missile suggestion during an interview with NBC News that aired Monday night while he is in New York for meetings at the United Nations. He mentioned the UAE spending $22 billion and Saudi Arabia spending $67 billion on weapons last year, many of them American-made, while Iran spent only $16 billion in comparison.

“These are American weaponry that is going into our region, making our region ready to explode,” Zarif said. “So if they want to talk about our missiles, they need first to stop selling all these weapons, including missiles, to our region.”

“Iran’s missiles … are absolutely and under no condition negotiable with anyone or any country, period,” the mission said.

Trump during his time in the White House has pointed to arms sales to the Middle East as important to the American economy, so it remains unclear how he’d react to cutting into those purchases.

Since its 1979 Islamic Revolution and the takeover of the U.S. Embassy in Tehran, Iran has faced a variety of economic sanctions. That has cut into Iran’s ability to buy advanced weaponry abroad. While Gulf Arab nations have purchased advanced fighter jets, Iran still relies on pre-1979 U.S. fighter jets, as well as aging Soviet MiGs and other planes.

Facing that shortfall, Iran instead invested heavily into its ballistic missile program. That’s both due to sanctions and the memory of the missile attacks launched by Saddam Hussein during Iran’s bloody 1980s war with Iraq.

Khamenei reportedly has restricted the range of ballistic missiles manufactured in Iran to 2,000 kilometers (1,240 miles). While that keeps Europe out of range, it means the Iranian missiles can hit much of the Middle East, including Israel and American military bases in the region.

In pulling out of the Iran nuclear deal, Trump in part blamed the accord not addressing Iran’s ballistic missile program. The U.S. fears Iran could use its missile technology and space program to build nuclear-capable intercontinental ballistic missiles, something Tehran denies it wants to do.