Economists tend to be confident. They develop theories to explain how the world works. Their models tell policymakers how to address unemployment and other important issues.

This confidence extends to forecasts. Economists make bold forecasts, looking far into the future. For more than fifty years, a group of economists has been publishing forecasts for economic growth, inflation and other variables.

The Survey of Professional Forecasters was first published in 1968. The Federal Reserve Bank of Philadelphia took over publishing the survey in 1990. The latest results of the survey for inflation expectations are shown below. 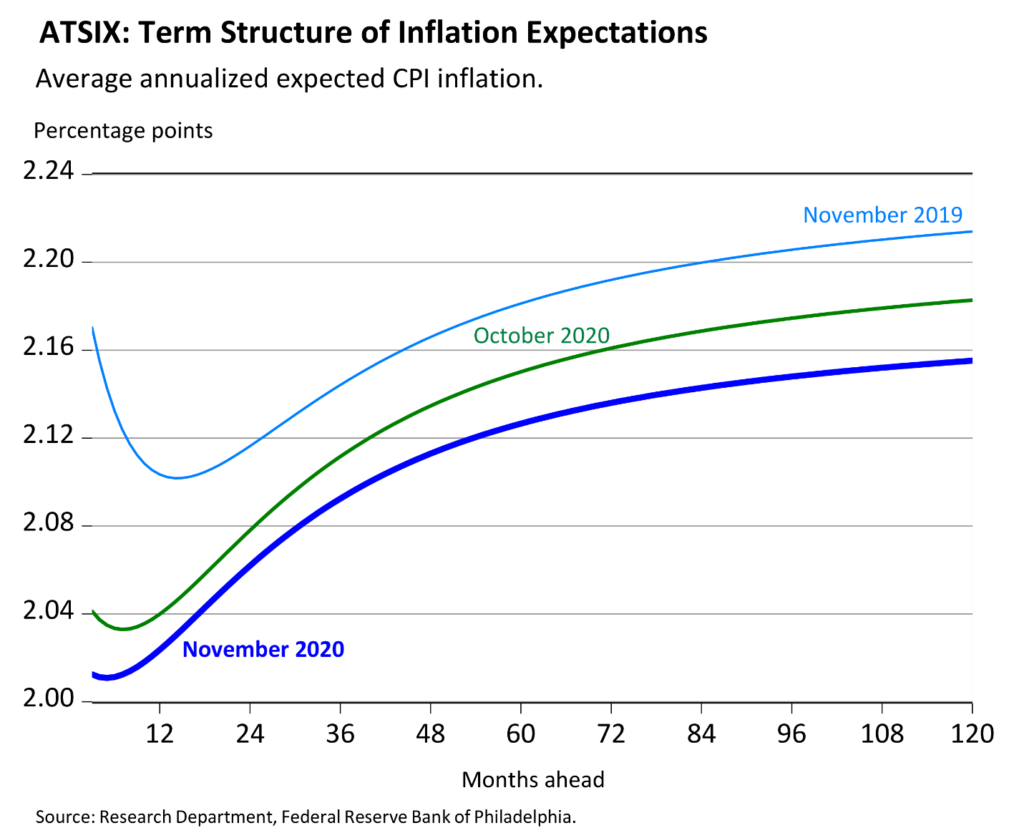 Inflation Expectations Over the Next 120 Months

In November 2030, inflation expectations are about 2.16%, according to the survey.

For many economists, the trends in the forecast are more important than the numbers. The latest data shows a gentle increase over time. Inflation curves from last year, and last month, show that expectations for inflation are declining over time.

One interpretation of the November 2019 forecast was for a recession in early 2020. Inflation tends to decline when economic activity contracts. That dip in the expectations curve closely matches the details of economic growth over the past year.

This raises the question of how accurate the forecasts are. The next chart shows the predicted path of inflation from 1998 through November 2010. It used all available data, with predictions back to 1988, and reported inflation ten years after the forecast. 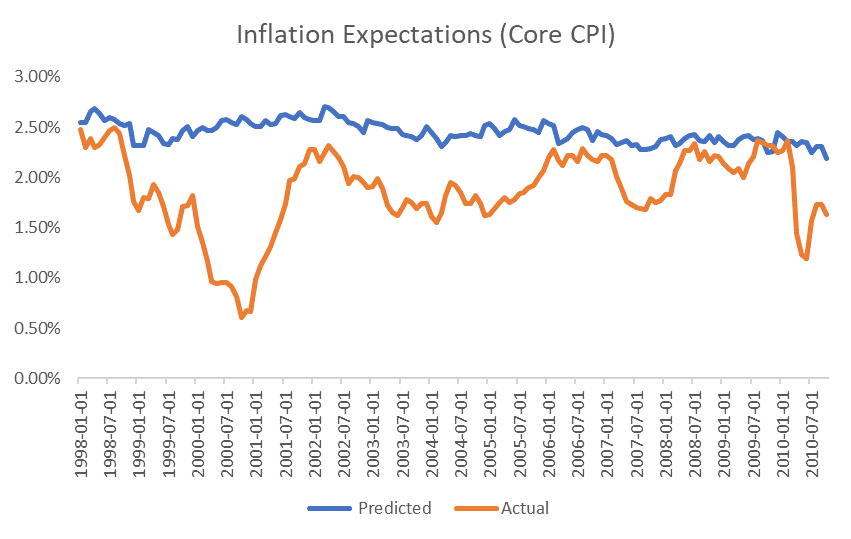 Data from the Federal Reserve Bank of Philadelphia.

Forecasters have expected a steady trend in inflation over ten years. Expectations for low inflation were consistently accurate.

However, the actual path of inflation was much more volatile than expected.

Economists, in general, expect the future to be stable. This is rarely the correct forecast since the real world is unstable.

They often expect the future to look like the past. Their forecasts tend to ignore the possibility of a shock to the economy.

U.S. Debt Soars — Here’s Why It Isn’t an Issue Yet