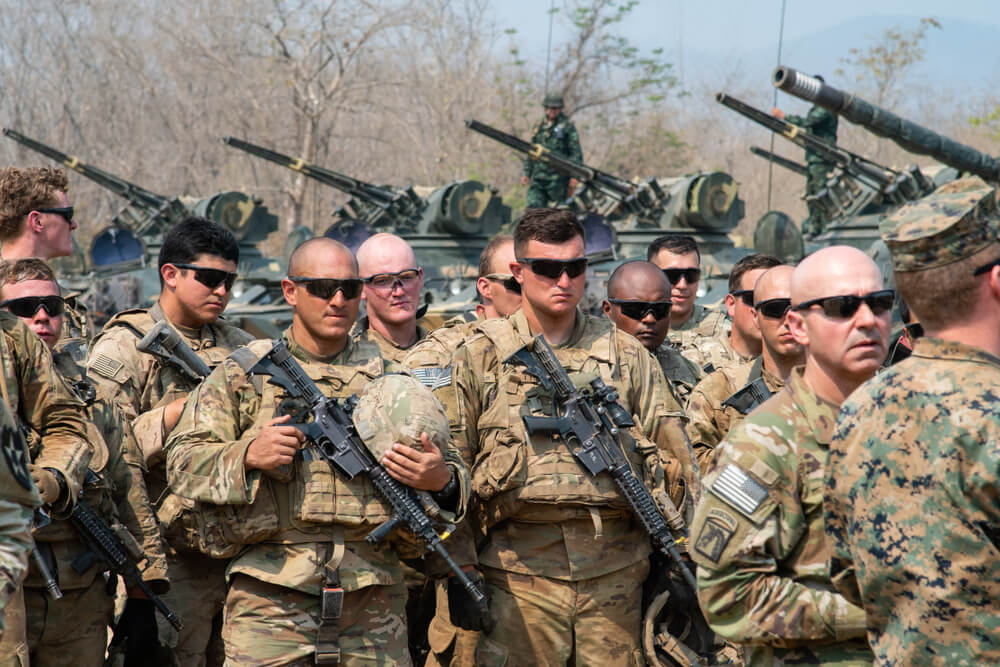 The United States is sending about 3,000 troops to Saudi Arabia to help it defend its oil fields after a September attack the kingdom and U.S. intelligence blames on Iran, the Pentagon announced Friday.

“Taken together with other deployments, this constitutes an additional 3,000 forces that have been extended or authorized within the last month.”

The deployment includes fighter squadrons and expeditionary wing and air defense personnel, according to Reuters, which broke the story. The Pentagon also said it is sending two Patriot missile batteries and one Terminal High Altitude Area Defense system (THAAD) to help fend off any future attacks.

“Taken together with other deployments, this constitutes an additional 3,000 forces that have been extended or authorized within the last month,” Pentagon spokesman Jonathan Hoffman said via statement.

What isn’t yet clear is whether some troops already stationed in the region will be sent home in the coming months when the new troops arrive. The Pentagon also has not yet said if it will redeploy the USS Abraham Lincoln when it finishes its current tour in the Middle East.

The U.S. is describing the deployment as a defensive measure after the attacks at two Saudi oil fields, which sent oil prices upward briefly. For its part, Iran denies involvement in the attacks.

The deployment comes as U.S. President Donald Trump has said he wants to reduce military involvement in the Middle East, and pulled troops from Syria just this week in a controversial move that has infuriated some of his closest defenders in government. Pulling U.S. forces from Syria, where they were working together with Kurdish forces to combat Isis, left the Kurds open to attacks from Turkish forces.

The news also comes the same day an Iranian oil tanker was hit by a missile attack off the coast of Saudi Arabia in the Red Sea. Iran first blamed the Saudis for the attack but later backtracked.

“We oppose and are greatly disappointed by Turkey’s decision to launch a unilateral military incursion into northern Syria,” he said.