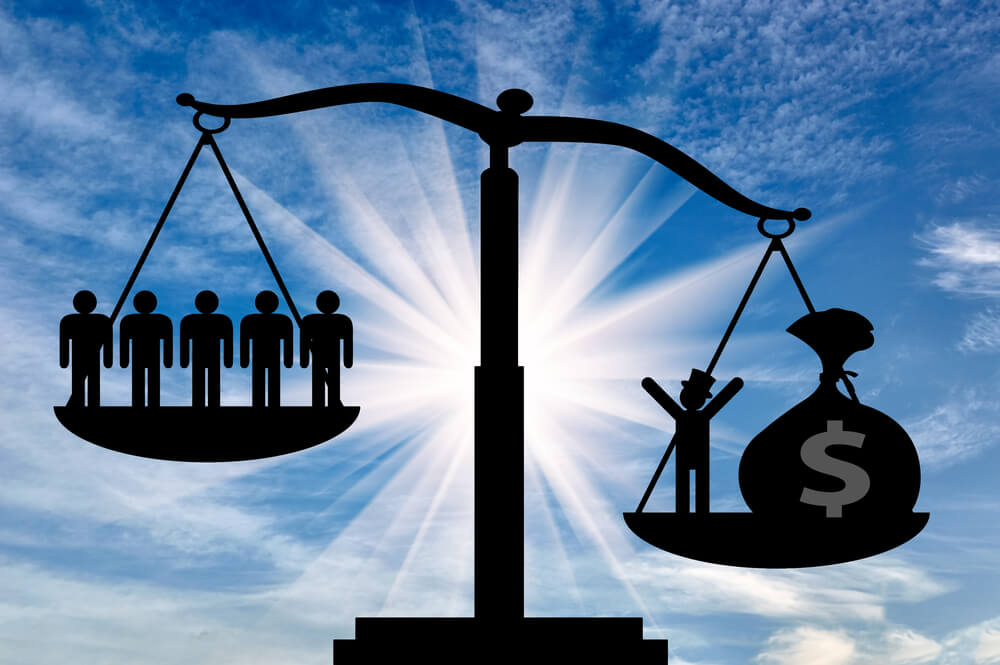 With wealth inequality in America in 2019 being a major focus of the Democratic candidates in the upcoming primary, a new report from Bloomberg notes that the top 1% of U.S. households will soon hold more wealth than the entire middle and upper-middle classes combined.

With the ongoing record-long bull market on Wall Street, the top 1% has enjoyed massive returns and it now controls more than half of the equity in U.S. public and private companies. The richest among us controlled assets of about $35.4 trillion during the second quarter, just shy of the $36.9 trillion held by the tens of millions of people who make up the 50th to the 90th percentile of Americans, which is mainly the middle and upper-middle classes.

One of the reasons the rich have been able to up their holdings is due to zero and near-zero interest rates we’ve had in the U.S. while recovering from the the Great Recession. With interest rates so low, the rich have piled their money into stocks instead of bonds, Lakeview Capital Partners’ top strategist Stephen Colavito told Bloomberg.

Since people can’t make much off passive investments like bonds, they dumped money into the stock market, propping up the market as a whole.

“The wealthier that the wealthy get, the more opportunity they have,” Colavito said.

Household wealth in the upper-most bracket grew by $650 billion in the second quarter of 2019, while households in the 50th to 90th percentiles saw a gain of about $210 billion. 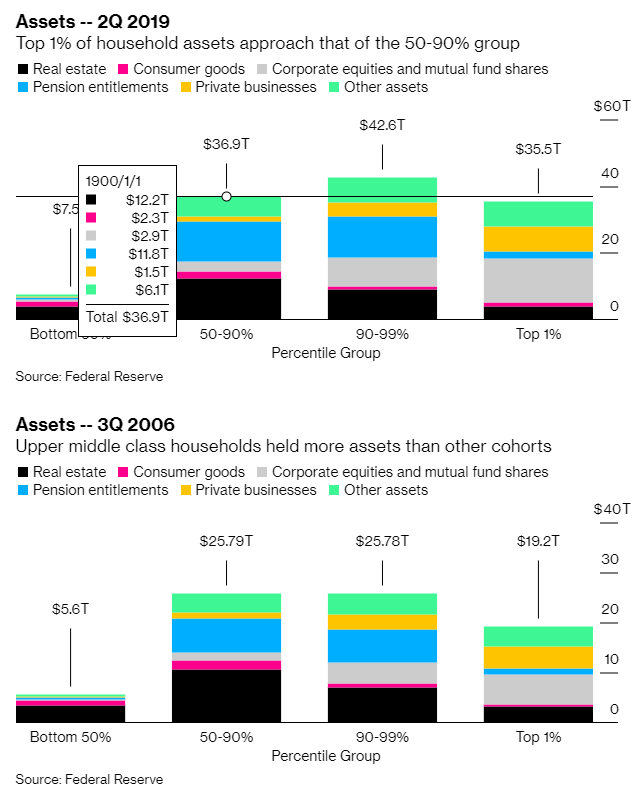 Americans in the 90th to 99th percentile — so those just under the top 1% — still control the biggest share of wealth at about $42.6 trillion in assets.

Age also plays a part in the asset gaps. Baby boomers born between the end of World War II and 1964 held 11 times more wealth than millennials as of the second quarter of 2019.