Martin Weiss: The Real Tragedy of the Trump-Putin Summit 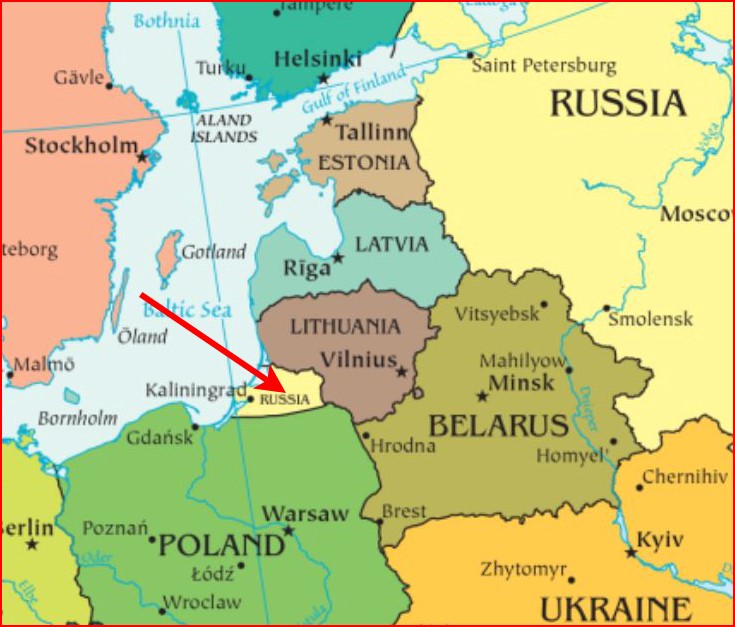 The mainstream press, Democrats and even some Republicans took President Trump to task for his handling of Vladimir Putin during their summit in Helsinki. Even the president’s friends — Newt Gingrich, Fox News hosts and others — were unusually critical.

There is virtually no distinction between hawks and doves. Very few even discuss the issues of war and peace.

One MSNBC commentator was so extreme he compared it to Kristallnacht, the Night of Broken Glass that launched the Holocaust. But nearly everyone, including Mr. Trump’s staunchest defenders, seem to be missing the big elephant in the room:

The Rising Cycle of War

What people don’t seem to realize is that this is all part of a predictable cycle. Like the cyclical rise and fall of commodities or stocks, history also reveals a cycle of war —periods of diplomacy and peacemaking, followed by years of rising belligerence and conflict.

Back in the 1970s, studies of the war cycle predicted there would be an era of peace in the late 1980s through the early 1990s. So it was no great surprise to us that the Berlin Wall fell on November 9, 1989.

Nor were we shocked when, on Christmas day of 1991, the Soviet flag came down over the Kremlin and the Cold War officially ended.

Now, the peak of the cycle is expected in the early 2020s, but the important thing to understand is that the cycle of war is ramping up now even as we speak — with great momentum. We are not necessarily predicting war. Nor do we know precisely what form it will take.

Rather, we are strictly warning of the rising danger of war.

This is the dire reality of our time. It should be blatantly obvious and of urgent concern. Yet, it’s buried under mudslinging and extreme partisanship.

The Wall Street Journal is one of the few that makes the point objectively: “In order to build a brighter future, we cannot exclusively focus on the past. As the world’s two largest nuclear powers, we must get along!”

We agree. The cycle of war is not unstoppable. Like DNA, it creates the propensity for certain conditions, symptoms and consequences.

But it does not mean that we’re hopelessly trapped in a pre-ordained fate, that we’re powerless to navigate the rough seas, that we have no rudder or compass.

Imagine This Terrible, But Possible, Scenario …

The time is soon.

The pro-Western governments of these countries fear a new round of Russian interference in their domestic politics.

They believe Moscow is behind assassinations of their people, especially those accused of anti-Russian activism and subversion.

What complicates things is that all four of these former Soviet states have large ethnic minorities who speak Russian and identify with Russian culture. And the pro-Western governments believe that many of these ethnic Russians are undercover agents for Russia, aiding in the election meddling or other subversive activities.

Tensions rise. The pro-Western governments begin to crack down on their citizens of Russian descent. They round up the alleged leaders and throw them into jail. Some are condemned to death.

Moscow fires back. It accuses leaders of the former Soviet states of war crimes. It says the U.S. State Department and CIA are providing lethal military aid in support.

Russia’s state-sponsored TV adds color to the allegations. It says Americans are “directly encouraging brutality against their people, just like they did years earlier during the anti-Russian protests in Kiev, Ukraine.”

The ethnic Russians pour into the streets of the capital cities. They rage against their governments. They blame the United States and the West for their woes.

Their demonstrations turn violent. They’re beaten by national militias with equal violence. They implore Moscow to come to their rescue.

Russia and the U.S. engage in a tit-for tat diplomatic war, shuttering more embassies and consulates, cutting off most communications, recalling ambassadors.
Within days, both sides declare an end to all formal relations.

All over the world, people fear the worst. And the scene shifts to Russia’s western border.

That’s where Putin has built a huge military presence, especially on the border with Estonia, Latvia and the Ukraine. In fact, this was already in place long before Trump was elected. 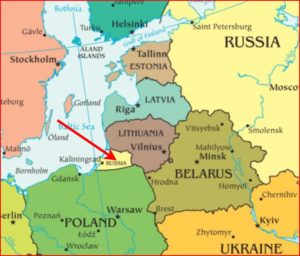 One of the most worrisome build-ups of troops and heavy weapons is in the Russian enclave of Kaliningrad. (See red arrow in map).

This small sliver of the Russian Federation borders Lithuania to the north and Poland to the South, two countries with some of the worst memories of Soviet brutality in the 20th Century.

Suddenly and without warning, a military incursion begins, or is said to begin.

On social media sites, locals post photos and videos portrayed as evidence of a massive Russian invasion. They go viral with millions of views and shares.

Analysts debate — endlessly and fruitlessly — exactly who did what when; who is truly to blame. But it’s a moot point. No one questions the utter destructive potential that a war would imply.

For that, there can be no disagreement, no doubt, no debate.

Still, the United States vacillates. Instead of uniting around a clear foreign policy, the nation remains torn amid an endless barrage of finger-pointing.

In Congress, unlike we saw before or during previous wars …

There is virtually no distinction between hawks and doves. Very few even discuss the issues of war and peace.

Instead, just as we witnessed after the Helsinki summit, every branch of government is distracted by an endless political slugfest.

The President is again accused of complacency, appeasement and even treason.

His accusers are also targets of trash-talk. “You’re subverting Russian-American relations,” they say. “You’re war-mongering and putting the world at risk.”

Will This Scenario Come True?

I pray not. But the mere possibility is frightening enough to justify a massive bipartisan effort to avoid it.

NYU Russian Studies Professor Stephen Cohen understands the need for good relations between the U.S. and Russia to head off global conflict. “If you don’t get policy right, we are talking about war” he declares.

Even if we don’t have all-out shooting wars — and let’s pray that we don’t — the rising tide of global conflict will force the biggest countries to spend huge sums on defense.

It will force them to borrow huge sums to finance those defense expenditures.

And that will cause a pile-up of new debt on top of a mountain of old debt that’s already worse than at any other time in history.

Put simply, the WAR cycle is going to turbocharge the global DEBT cycle!

But the good news is this: There will be many opportunities to protect and grow your wealth while the majority could end up losing most of theirs.

This is why my colleague Sean Brodrick and I met last week to discuss the brewing crisis.

To explain why a convergence of historic cycles with the war cycle end will cause events to rapidly spin out of control … how this will impact the U.S. financial markets … and how four phases of the crisis will be your chance to build four epic fortunes.